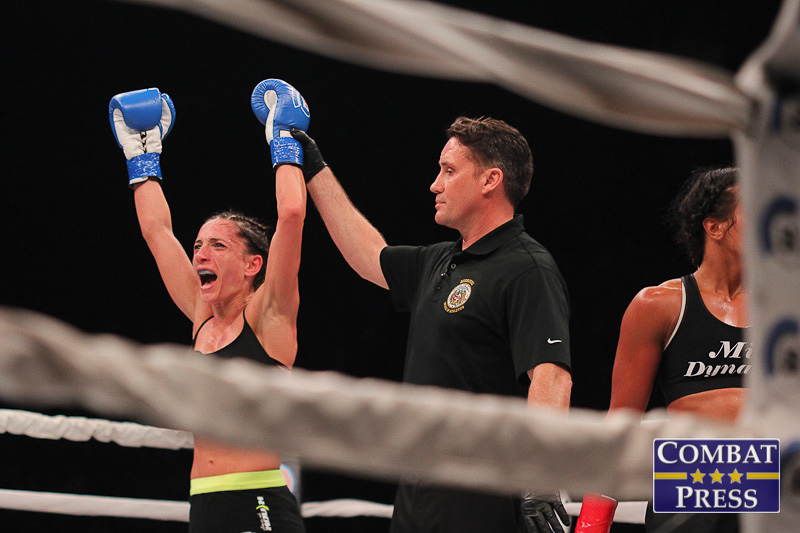 The Arena: No Surrender to Be a Turning Point for Italian Kickboxing

On Saturday, Mar. 26, The Arena: No Surrender Edition in Milan, Italy will be a great turning point in the history of kickboxing and Muay Thai in Italy. With a card full of some of the best Italian fighters, along with some international stars, it will be the first event of these sports broadcast live and unencrypted on an important national media outlet – the video channel of Gazzetta, the most visited sport news website in the country, and the third overall. The streaming will start at 3 p.m. ET and will be available for free all over the world. It will also be available on-demand starting Sunday, Mar. 27. This is all possible because of an agreement between Gazzetta management and FIGHT1, the organization representing ISKA, GAMMA and ONE in Italy. The Arena: No Surrender Edition is scheduled to be the first, in a list of events not yet announced, throughout the year, likely including MMA bouts too. Each event will be preceded by news and interviews with the fighters on the website, an extraordinary promotional opportunity for combat sports in Italy and a good opportunity for the fans worldwide to see some events for free.

The other title fight is for the ISKA European FCR kickboxing championship in the 67 kg division. The French Gregoire Gottardi, a well-experienced nak muay, will face local star Nicolas “AK-47” Novati, a well-rounded fighter with strong punching techniques.

Maybe the most known fighter on the card is Italy’s Jordan Valdinocci, who has won the WKU and WFMC kickboxing world titles, the Muay Thai contest “Le Tournoi du Dragon” in France and fought in K-1 in Japan. As well as a fighter, he is a world-famous coach and highly sought-after MMA striking coach. He has trained, among others, UFC fighter Alexa Grasso who thanked him in the post-fight interview at UFC 258. In Milan he will face the French nak muay Morgan Adrar at 68 kg. Adrar is well-known for his kicks and his knockout power.

Among the Muay Thai bouts is a highly anticipated international challenge between up-and-coming Thai star Yodpiti Petchrungruang and France’s Andrany Perrault in the 60 kg division. The 24-year-old Thai fighter holds a record of 108-17-5 with 35 knockouts. His opponent comes from Rèunion Island and fought several times in Thailand, always without any awe for the non-local fighters.

Italy vs. Switzerland will be showcased in the 70 kg Muay Thai division. The former Lion Fight athlete, and twice Italian pro champ, Gerardo Luperini will face Hakim Bah, a nak muay who fought in Thailand and in the prestigious Muay Thai Grand Prix in Paris. Both are elbow specialists, so the fight could very likely end in a knockout.

In the same division, there will also be a clash between two talented Italian nak muay. Jacopo Tarantino (82-8, 32 KO) is a Lion Fight athlete, and he will face Lorenzo Di Vara, a young fighter who is already well-experienced. He fought in Muay Thai Grand Prix in Paris, and last January, ended in a draw in his fight against the Thai legend Sudsakorn.

The Arena: No Surrender Edition preliminary card will air live on the Okatagon Facebook page at 10:30 a.m. ET. The main card will follow on the Gazzetta website starting at 3 p.m. ET.