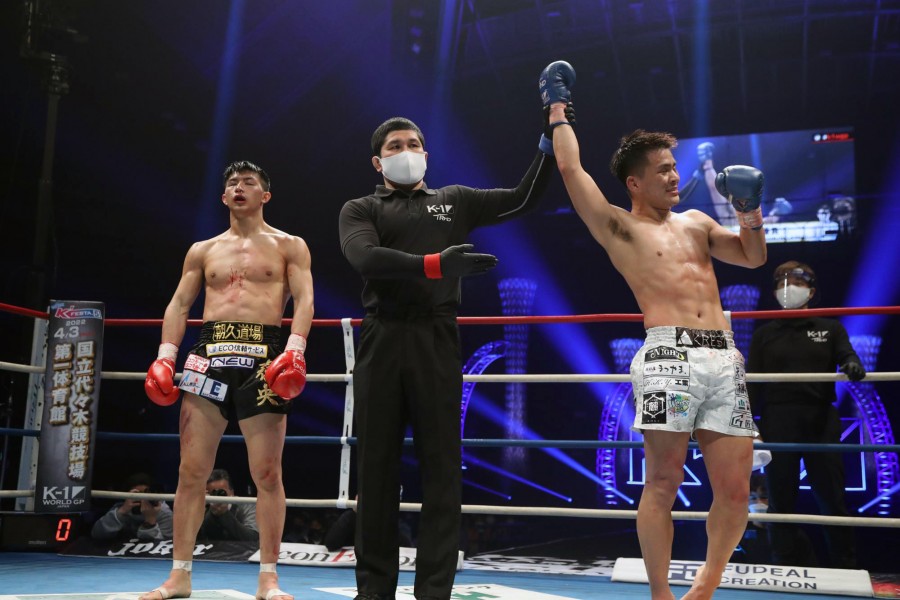 The only heavyweight in action during the past month was Roman Kryklia, who returned for the first time in two years against former top-10 heavyweight Murat Aygün at ONE Championship: Full Circle. The Ukranian-born champion scored a dominant first-round stoppage to earn his 11th straight victory.

There were no fighters in action during the past month, so the rankings remain unchanged.

The middleweight division featured a number of changes during the past month. Half of the top-10 dropped out of the rankings due to either inactivity or switching to mixed martial arts. Former GLORY champion Artem Levin, Hicham El Gaoui, Ulric Bokeme and César Almeida are no longer eligible for the rankings. Yousri Belgaroui made the switch to MMA following his championship defeat against top-ranked Donovan Wisse. Sergey Ponomarev makes his rankings debut at number two following his split decision victory over previously ranked Sher Mamazulunov at Fight Fight 16. Serkan Ozcaglayan comes in at three following his upset win against former GLORY title challenger Serkan Ozcaglayan at GLORY 80. Also debuting in the rankings are Russia’s Andrei Chekhonin, Sergey Veselkin, and Brazil’s Jonatan Oliveira, who recently defeated formerly top-10 ranked Alexander Stetsurenko to win the 80-kilogram tournament at Tatneft Cup.

Dropped from the rankings: Cédric Doumbé (1)

Formerly top-ranked welterweight and GLORY titleholder Cédric Doumbé officially drops out of the top-10 after beginning his journey under mixed martial arts rules. Harut Grigorian re-enters the top-10 rankings following an absence of over two years. The former GLORY champ returned to the rankings and win column successfully with a decision nod over Anghel Cardoş at MFC 1 to win the inaugural promotionl title. Robin Ciric moves up two spots in the rankings with his victory over Arbi Emiev at the aforementioned Fair Fight 16 in Russia.

Tayfun Özcan rebounded from his loss against third-ranked Sitthichai with a unanimous decision victory against former K-1 MAX world champion Enriko Kehl at ONE Championship: Full Circle. Kehl has now dropped back to back fights to top-10 ranked opponents Özcan and Kiria.

There were a few changes in the Super Featherweight division over the past month, including the removal of former top-ranked competitior Jordann Pikeur following his return to compeition after two years away from the sport. Russian Vasiliy Semenov upset the former K-1 champion after being outgunned over the course of three hard fought rounds. Pikeur returned to kickboxing at 70-kilograms, which means he hasn’t competed in the weight class for over two years and will be removed until he returns. In addition to Pikeur, Tawanchai and Ji Xiang have also dropped out of the rankings due to inactivity. In there place enters, Ali Ayinta, Kaisei Kondo, and Takeharu Ogawa.

There was one major change at the top of the super bantamweight rankings following one of the biggest upsets of the year. Unhearalded youngster Yuki Yoza took out K-1 champion and formerly top-ranked super bantamweight Taio Asahisa after a closely contested non-tile bout at K-1 World GP Japan 2022. Yoza has won four of his past five fights, moved into second place in the top 10, and snapped Asahisa’s seven fight winning streak. Yuto Shinohara enters the rankings in the tenth spot after snapping Shuji Kawarada’s eight fight winning streak for his third straight victory.

The only fighter in action during the month of February was Takeru, who fought fellow K-1 champ Taito Gunji in a two-round exhibition bout at a catchweight of 58-kilograms. The bout has no effect on the rankings.

There were no fighters in action during the month of February, so the rankings remain unchanged.

Akihiro Kaneko moved up two spots in the rankings after capturing the K-1 super bantamweight grand prix after three wins in one night. Kaneko kicked off his tournament with a third round knockout over Yuto Kuroda, stopped Krush titleholder Riamu within two rounds, and avenged his loss to Masashi Kumura in the finals. Masashi Kumura only moves down one spot in the rankings after knocking out Momotaro Kiyama in the quarterfinals and stopping former Krush champ Junki Sasaki in the first round during the semifinals. Junki Sasaki and Riamu remain in the rankings after each picking up a win in the quarterfinals against Sho Uchida and Ikko, respectively.

There were no fighters in action during the past month, so the rankings remain unchanged.

Dropped from the rankings: Taio Asahisa (10)

Taio Asahisa drops from the pound-for-pound rankings after his upset loss against Yuki Yoza.

GLORY champion Tiffany van Soest regains the top spot in the women’s pound-for-pound rankings following her fifth round stoppage victory over seventh-ranked Manazo Kobayashi at GLORY 80. Miho Takanashi earned a majority decision victory over Yuka to move her record to an undefeated 11-0. Kana Morimoto returned to the win column after beating short notice replacement Ran by unanimous decision. She was initially schedule to face Kotomi prior to an injury that changed the match-up.