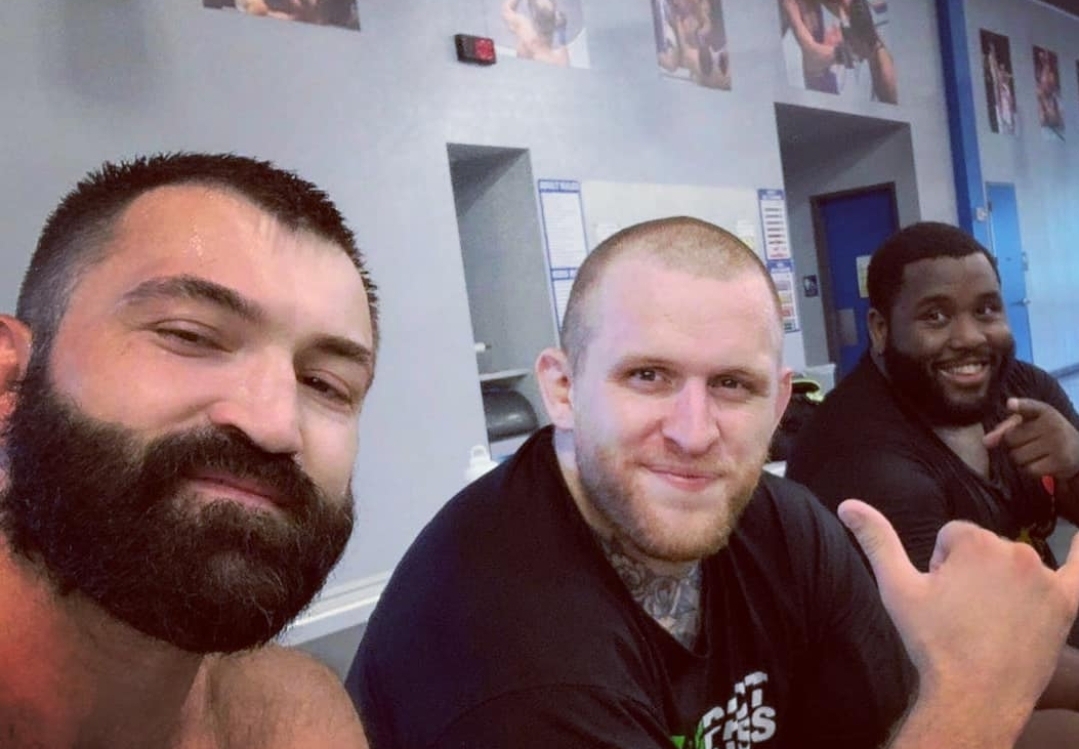 ONE Championship has always prided itself on its mantra to unleash real-life superheroes who ignite the world with hope, strength, dreams, and inspiration. At ONE Championship: Bad Blood on Friday, Feb. 11, a man who embodies that ethos more than most, Odie Delaney, will step inside the ONE Circle.

The Alaska-born heavyweight will make his promotional debut in a mixed martial arts contest against Norwegian slugger Thomas Narmo. And, both tragedy and triumph have paved the NCAA Division I All-American wrestler’s road to ONE.

Following his time at The Citadel military college, Delaney decided to become a law enforcement officer, which would lead him to face the most challenging situation of his life. On Jun. 17, 2015, Dylann Roof walked into the Emanuel African Methodist Episcopal Church in Charleston, South Carolina and murdered nine people. One of the first on the scene was Odie Delaney.

“That really broke something deep down, way deep in my psyche. And I developed panic attack disorders from that, anxiety from that, things that still linger today, that I still struggle with. But I had to really, really, really dig deep and, kind of, re-examine my faith from the ground up.”

Darkness settled in for the American Top Team product, and he was diagnosed with post-traumatic stress disorder (PTSD).

“I told myself that I was fine. I told the people around me that I was fine. And then those issues popped up in ways that I didn’t anticipate in the form of panic attacks, in the form of anxiety, and things like that. So, I kind of fell. I had been married before, and it had damaged me in a way that neither of us knew how to take care of – if that makes sense?”

Delaney struggled for some time, even resorting to drinking and contemplating suicide. But he began to find the light again through family support and the strength of his faith.

“My family, my faith, that’s kind of what got me through that,” said the heavyweight. “My mom, I mean, I’m a mama’s boy. My mom has been there for me and has helped me at every stage of my life, including that one.”

The tragic event has given him perspective and purpose as he embarks on his journey into ONE. The North Carolina resident recognizes the platform that has been offered to him, and he’s ready to use it to shine a bigger spotlight on mental health.

“Having been through kind of the suicidal problems, the PTSD that I was diagnosed with, going through those, I think that the best that I can do with that situation is help other people,” said Delaney. “I almost want to show through fighting that you can be a tough, strong, capable man who can do amazing things, but it’s okay also to be vulnerable.

“It’s okay also to talk about suicide. It’s okay to talk about alcohol, drugs, anything that you’re going through. It’s not weak to speak about those things. And I want that message to get across, and that’s another huge part of why I’m fighting.”

Delaney is now remarried with two children and is the happiest he’s ever been. He has looked darkness in the eye and proved that anyone can come back to the light.

At ONE Championship: Bad Blood, he’ll be under the brightest lights of all as he attempts to have a successful debut and share his story with the world. Empowering fans with ONE’s mission has inspired Delaney, and it’s something he is looking forward to putting into action when he steps into the Circle with Narmo.

“You know, the respect, the honor and, man, that message just resonates with me,” Delaney said. “So on the professional side of things, I’m really happy to be fighting for ONE for those reasons. I’m very proud. I’m very, very proud to be over there in an organization that kind of aligns with my values while also being able to speak to my people back home about what I believe to be true and right.”

Delaney will compete on the ONE Championship: Bad Blood lead card, which will air live and free on ONE’s Facebook page at 5 a.m. ET on Friday, Feb. 11.