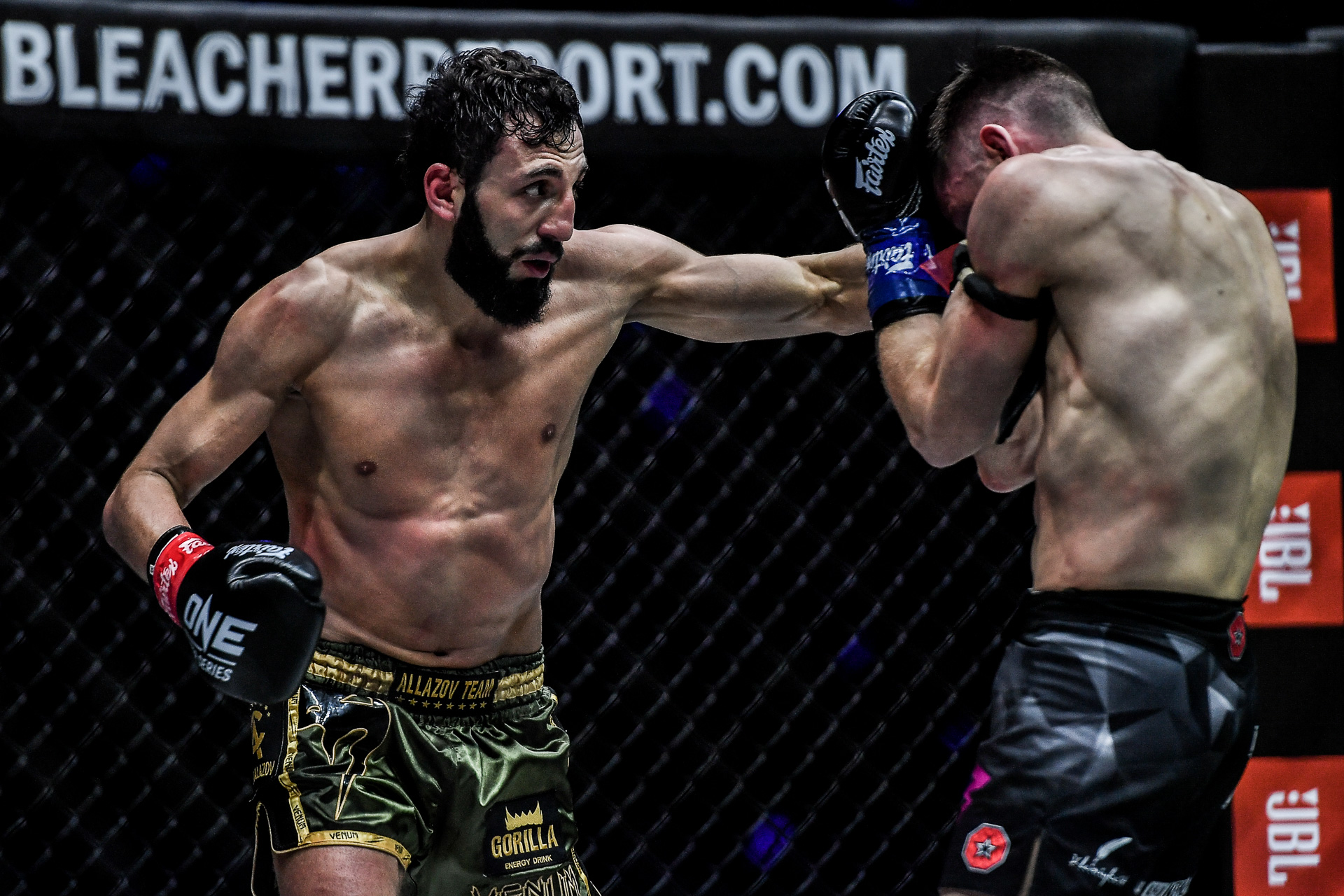 ONE Championship: Only The Brave Preview and Predictions

On Friday, Jan. 28, ONE Championship returns to the Singapore Indoor Stadium for the organization’s second event of the year as ONE Championship: Only The Brave features a stacked card. The main and co-main events feature the semifinals of the ONE featherweight kickboxing grand prix. However, there was a last-minute shake-up in the tournament.

The previously scheduled main-event bout between Marat Grigorian and Chingiz Allazov was scrapped, after Grigorian was pulled under COVID-19 safety protocols. He was replaced by “Smokin'” Jo Nattawut and that fight was moved to the co-main event, still as a grand prix semifinal. The previously scheduled co-main event – and also the other grand prix semifinal – was bumped up to the headliner as Sitthichai Sitsongpeenong and Davit Kiria will still face off to see who advances to the final.

The rest of the event has multiple fights to look out for. Kim Jae Woong and Tang Kai are competing for a shot at the featherweight MMA champion Thanh Le. Jarred Brooks looks to continue his good start at ONE Championship against fellow top-five fighter Hiroba Minowa.

ONE Championship: Only The Brave kicks off with its lead card on Friday, Jan. 28, exclusively on ONE’s Facebook page at 5:30 a.m. ET. The main card will air on YouTube at 7:30 a.m. ET. Jaewon Paik provides some insight into the event with his preview and predictions.

The co-main event features one of the semifinals for the featherweight kickboxing Grand Prix; will it be Smokin’ Jo Nattawut or Chingiz Allazov who punches his ticket to the finals?

Chingiz Allazov bounced back in his last fight in a great fashion, stopping one of the most experienced fighters in Samy Sana with a body hook. Though this win set him up against the number-one-ranked Marat Grigorian, it was just a couple of days ago when it was announced that Grigorian was out of the fight. ONE subsequently named Jo Nattawut as Grigorian’s replacement, keeping both semifinal bouts on the card alive.

Following a two-year layoff, Nattawut also returned with a spectacular knockout against Yurik Davtyan. Now, Nattawut is back to his ways, returning to action just a couple months removed from his win. He takes on his next challenge under special circumstances, but one thing we should note is that Nattawut has also been training for the same date. Until he was pushed up to the co-main event, Nattawut was scheduled to fight Dovydas Rimkus in the alternate bout of the grand prix.

Both fighters will be dealing with significantly different fighters than their original opponents. But Nattawut will have a far greater step-up in competition. Allazov is likely to cruise to a win.

The main event is the other grand prix semifinal bout; how does the fight between Sitthichai and Davit Kiria unfold?

This fight is very interesting, as these two have already competed against each other twice, with Sitthichai winning both fights. Kiria gets a rare opportunity in the sport to put himself on the board in this rivalry against Sitthichai after already going down twice against this familiar foe.

Both men are plenty experienced, but Sitthichai is already considered a legendary kickboxer at just 30 years of age. With 160 fights under his belt, ‘The Killer Kid’ is consistently acknowledged as one of the best kickboxers alive, and for a good reason. He has fought everyone, and beaten most of them. He has beaten all four of the original semifinal competitors at least once.

Even if we only count the fact that Sitthichai is up 2-0 in this rivalry, it makes it very tough to choose against him.

Kai Tang has won eight fights in a row; does that winning streak continue when he takes on Jae Woong Kim?

Tang Kai is an explosive featherweight with the ability to knock anyone out with one punch. It has been shown more than once in his winning streak. In just over 2 years in the promotion, Kai has positioned himself in the top five, and now he faces the number-one contender in the division in Jae Woong Kim.

Kim has established himself as a fan favorite at ONE with his spectacular title win, as well as his relentless fighting style. Kim will look to build on his two-fight winning streak. Since his last loss in 2020, Kim has rebounded in fantastic form, finishing both opponents with punches. Though this is easily Kim’s toughest fight since the Matsushima fight, Kim’s pressure will be a lot to handle for Kai.

Though I favor Kim in the matchup, Kai is just as capable of finishing fights. The difference, however, is in that Kim’s power has proven to remain throughout the whole fight.

Rimkus, despite being 0-1 in his professional career, showed a lot of promise and excitement in his professional debut. Here, after losing his original opponent, Nattawut, to the co-main event, Rimkus gets a brand new opponent in Ivan Kondratev, who already has experience against the best fighters in the world. Additionally, there is the implication that it serves as the alternate bout in the aforementioned grand prix, so it will be worth keeping and eye on it.