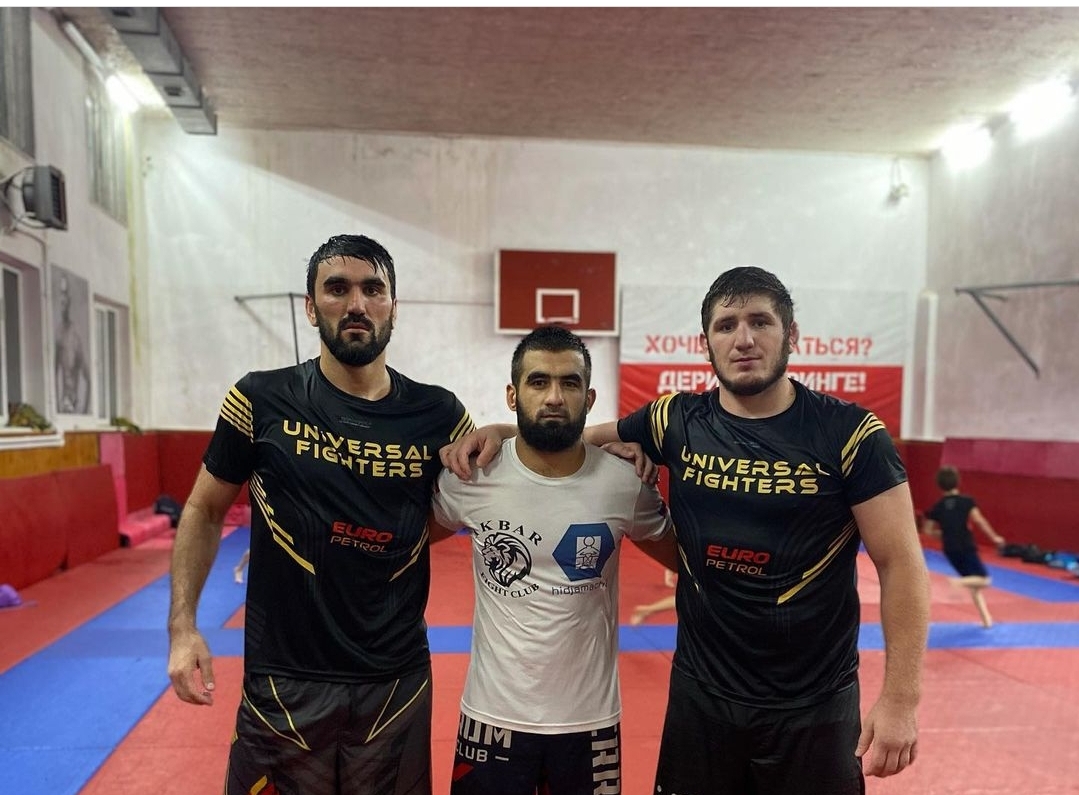 Five Light Heavyweight Prospects the UFC Should Sign in 2022

A champion and undefeated fighter from an MMA hotbed, Muslim Magomedov is truly one of the top light heavyweights outside the UFC. The ACA product has not only won every pro fight he’s been in, but he has also been dominant in doing so11.

Like many that come from Russia, Magomedov is a good submission wrestler with good ground-and-pound. That said, he also can stand and trade, which makes him well-rounded. He notched a 2-0 record in 2021, besting Leonardo Silva by decision before knocking out fellow top 205-pound prospect Evgeny Egemberdiev.

There were several Russian players that were signed by Dana White in the Contender Series this year who are high-level guys. Magomedov may be even higher level than those signed fighters, so imagine him in UFC Venum gear.

If there is anybody who ascended more quickly in 2021 in MMA than Zac Pauga, I haven’t seen them. Pauga had one fight coming into 2021 and quickly added to his resume in an impressive fashion.

Pauga is a well-rounded fighter who likes to bang, but also has some grappling ability. He has four decisions in five pro fights, which is a bit of a negative in the eyes of the UFC brass, but what has to be considered is that he went 4-0 in 2021. The best two of those wins came over UFC vet Markus Perez and Bellator vet Terrance Jean-Jacques. For a guy with his experience, those are two impressive wins.

At 33 years of age, Pauga was definitely a late starter in this sport. He’s quickly amassed five amateur fights and five pro fights since 2019. He may be a Contender Series candidate based on his lower amount of pro fights, but I can see the UFC rostering him in the near future.

In 2021, Vitor Petrino went from an unknown regional fighter to a guy who jumped on the radar with a huge win in a reputable organization. That win has put him on the short list of light heavyweights that should be on the UFC’s radar.

Petrino is just 24 years old right now, so he hasn’t even hit his prime yet. His striking is very impressive, especially for a guy with just six pro fights. His first two 2021 fights were against cans in Brazil, both of which were wins by first-round knockout. However, he proved himself worthy of a shot at the next level with his last fight in 2021, knocking out UFC veteran Gadzhimurad Antigulov for the reputable UAE Warriors promotion, who just so happen to air their shows on UFC Fight Pass.

The UFC could wait a tad on Petrino given his age but seeing as he’s already proved himself against a UFC vet, I don’t see why the UFC wouldn’t sign Petrino and build him up slowly. Either that, or he could find himself on the Contender Series in 2022 where he can show the bosses himself.

The second Brazilian on this list, Bruce Souto has the experience, especially in a reputable organization like LFA, needed to last in the UFC. Souto could be another guy on the aforementioned short list of light heavyweights that could grace the UFC ASAP.

Souto is a jack of all trades, as he can strike and grapple. He’s comfortable wherever his opponents wish to engage him. In addition to owning a win over UFC veteran Wendell Oliveira, he went 1-0 in 2021 after beating Cristhian Torres under the LFA banner.

Souto is 32, so one would think that he’s in the prime of his career. That means he needs to get to the big leagues right now. An eight-fight winning streak and his current employment with the LFA may bring him there.

Anton Turkalj was supposed to compete on the Contender Series this year but was unfortunately unable to do so. That was a shame because Turkalj looked to be one of the best prospects on the season and could have earned his way in the UFC already.

Turkalj is a big, six-foot-four-inch light heavyweight that uses his size well. He’s finished every single fight he’s been in and also competed well in a losing effort to Alexander Gustafsson in a boxing bout. His striking is solid, as is his submission wrestling. He competed just once in 2021, scoring a highlight-reel spinning backfist knockout of Konstantin Soldatov for Brave CF.

Turkalj is 25 years of age and is already fighting at a very high level. Had he been able to fight on this year’s Contender Series against Kaloyan Kolev, he’d likely already have a UFC contract in hand. The UFC is already highly interested in him, so I wouldn’t be shocked if he’s competing in the Octagon in early 2022.