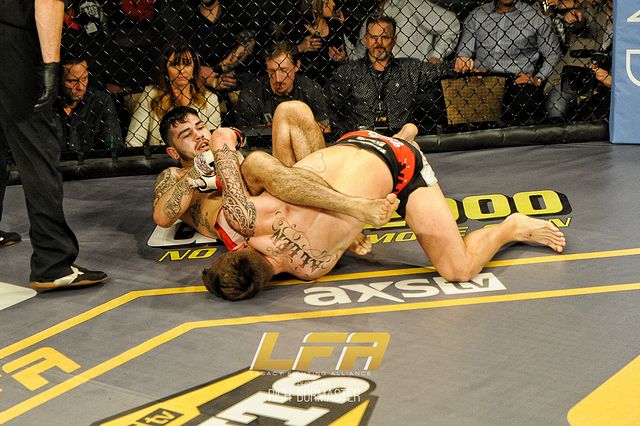 In a year chock full of impressive submissions, including multiple in championship scenarios, one stood above them all. A.J. McKee submitting Patricio Pitbull was impressive, and Julianna Pena tapping Amanda Nunes was shocking, but they both pale in comparison to 2021’s Submission of the Year, Anthony Hernandez’s guillotine victory over Rodolfo Vieira at UFC 258.

Vieira is among the most accomplished grapplers to transition into mixed martial arts, and the UFC specifically. His accolades are nearly unparalleled – a four-time IBJJF world champion and ADCC world champion, along with countless other international championships. When BJJ purple belt Anthony Hernandez forced a tap in the second round of their contest, jaws dropped across the world as the seemingly impossible had happened.

This was not only the first submission loss for Vieira, but the first blemish on his mixed martial arts record. That is an extraordinary feather for Hernandez to have in his cap. It was not only Hernandez’s sixth career win by submission, but the most impressive by miles and miles. While the argument can be made that there is no such thing as a lucky punch in high level combat sports, there is definitely no such thing as a lucky submission. It takes a series of both mental and physical events to unfold in order to secure a submission, and on Feb. 13, 2021, Anthony Hernandez executed a perfect gameplan. For that reason, he wins Combat Press’s 2021 Submission of the Year.