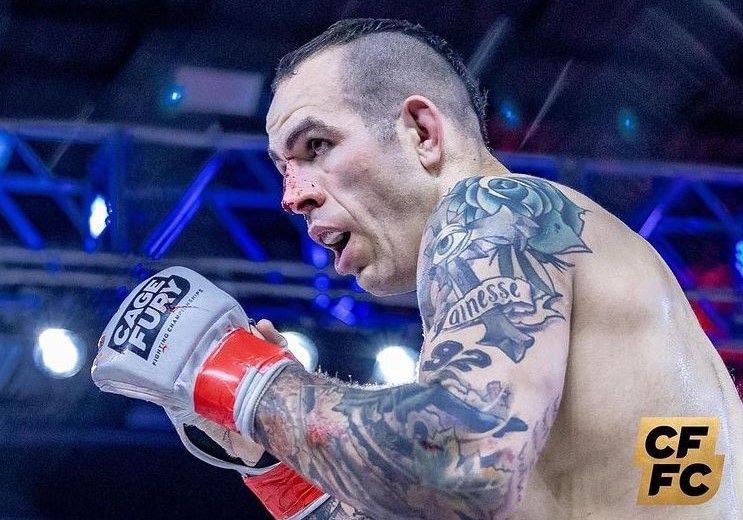 The show, which continues on its home on ESPN+, aims to give top prospects a chance to impress the UFC brass in an attempt to earn a contract with the company. The show’s final episode of the new season takes place on Nov. 2 and streams live at 8 p.m. ET.

This final episode is loaded with talent, from Juan Puerta to Jonas Bilarhino to Achilles Estremadura. The fighter that I see standing out most is Yohan Lainesse. Lainesse is an outstanding striker, who has an entertaining highlight reel. That includes two of his last three fights, which include a 14-second flying-knee knockout of Lirim Rufati, as well as a nasty TKO via body shots to Evan Cutts. The win over Cutts was the biggest victory of Lainesse’s career and showed he is ready to step up to the next level. He has fellow undefeated fighter Justin Burlinson on his plate now, so he certainly has a solid challenge in front of him.

The minute that Jonas Bilharinho vs. Canaan Kawaihae was announced, I was hyped. This is such a great matchup that promises action, violence and excitement that it could be one of the best matchups of the season. Bilharinho and Kawaihae love to throw down on the feet, which will create an interesting firefight that the bosses will like. They also have solid ground games as well, so if either wishes to get things going on the mat, it should also be interesting.

Young Canadian fighter Achilles Estremadura is the dark horse on this card, as the undefeated fighter has great promise that he’s going to put on display against Maheshate. Estremadura is a striker with a good variety of techniques that he uses in his fights. He also has power in his hands and feet, which makes him good all around on the feet. He is somebody who is going to have to have a step-up in competition soon, though, as only three of his seven wins come over guys with winning records. His biggest win was in his most recent fight vs. Curtis Demarce, which ended in a first-round TKO.

Standing across from Estremadura is Maheshate, a little-known Chinese fighter who has spent most of his career in WLF MMA, a regional Chinese organization. His opponent’s combined records are 20-28-2, which is well below .500. His loss in his 2019 pro debut came to an opponent with a 0-2-1 record. That’s not a long time ago, obviously. Three of his wins come by knockout, but, again, he has not proven himself against even halfway-decent regional talent. He’s definitely the biggest long shot here.