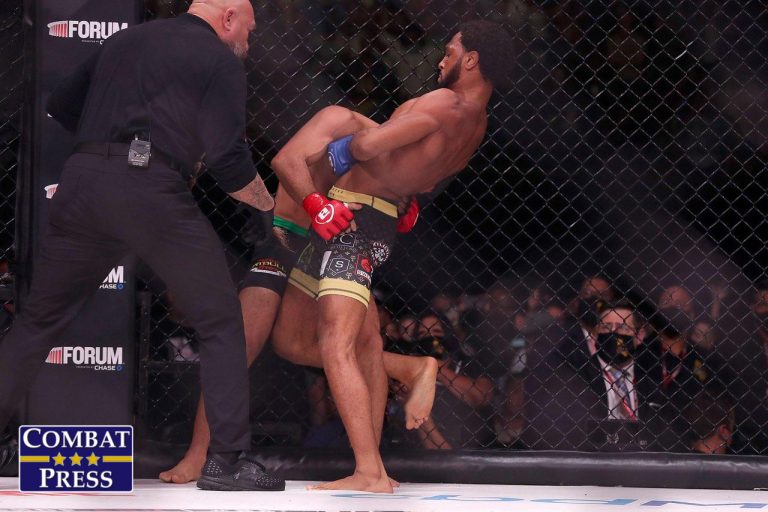 On Saturday, July 31, Bellator MMA hosted Bellator 263: Pitbull vs. McKee from the Forum in Los Angeles.

In the night’s main event, the promotion’s featherweight grand prix came to a conclusion when reigning two-division titleholder Patricio “Pitbull” Freire clashed with the undefeated A.J. McKee Jr. Pitbull had run roughshod through both the 145-pound and 155-pound divisions in recent years and looked to further cement himself among the pound-for-pound elite. McKee is the most accomplished homegrown talent the promotion has ever showcased. His record stood at 17-0 and he aimed to complete his ascension to the top of the division by dethroning the Brazilian champion.

The prelims kicked off live above at 7 p.m. ET, followed at 10 p.m. ET by the main card live on Showtime.