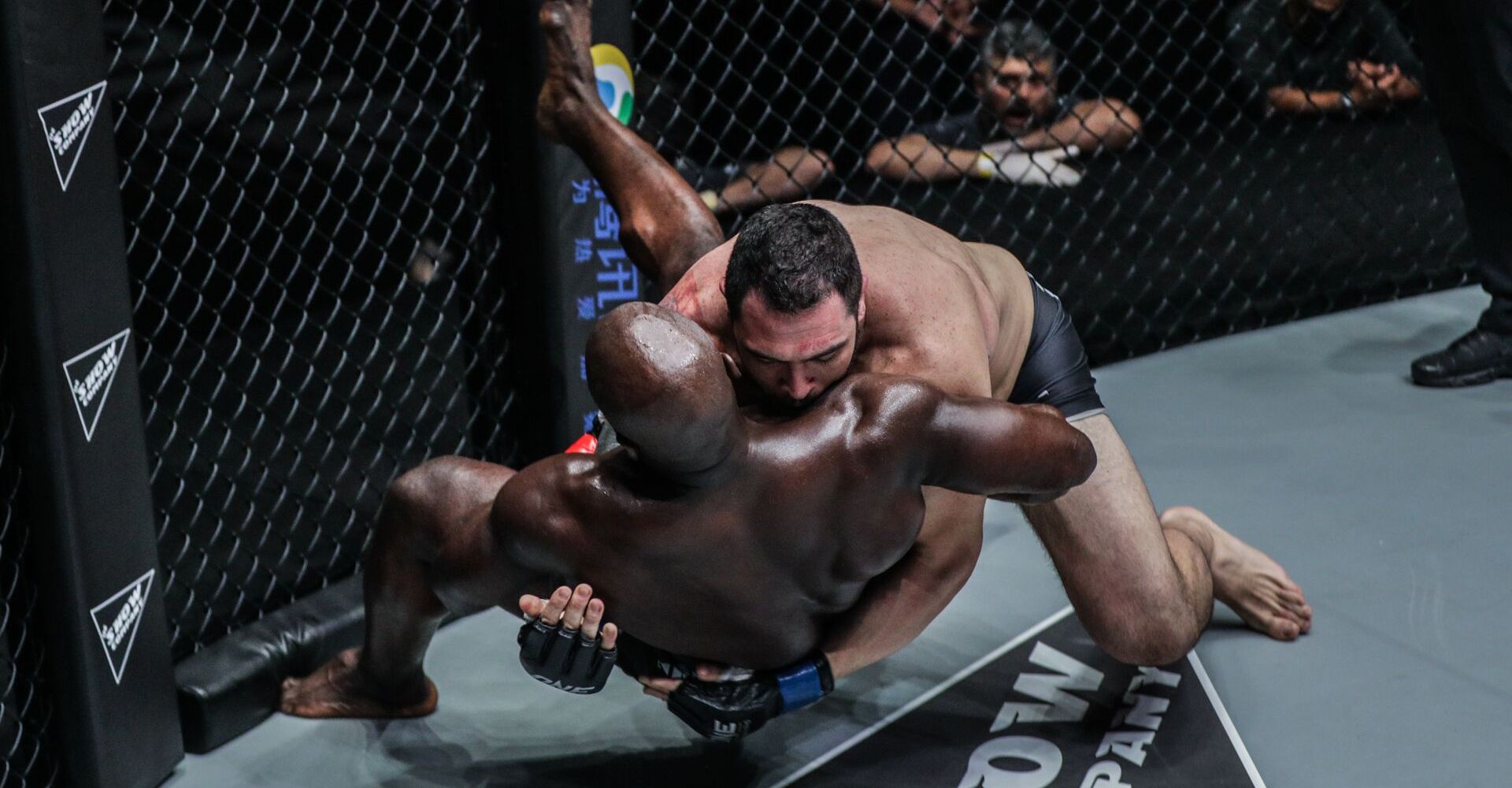 Mauro “The Hammer” Cerilli is very frankl when questioned on his next fight for ONE Championship.

“I have to be Arjan Bhullar’s next challenger for the MMA heavyweight ONE Championship belt,” he told Combat Press. “I say to ONE’s matchmakers that it’s a very simple matter. No one else deserves the title shot. I’m aware that the promotion was focusing a lot on Amir Aliakbari — and I can understand why — but he was defeated in his [ONE] debut.

“We can say something similar about the Senegalese Reug Reug,” added Cerilli. “He just lost against a fighter making his debut in ONE and also has only one year of career in MMA.

Of course, Aliakbari and Reug Reug are not the only two men in the mix. The aforementioned current champ Bhullar took the crown from longtime ONE kingpin Brandon Vera.

“A rematch for Vera? Seriously? He lost his last two bouts by knockout!,” Cerilli countered. “Scrolling through the division roster, I honestly don’t see who else could have more right to this title shot than me. [Alain] Ngalani also comes from two defeats by knockout, [including] one [from] me, as well as [one from] Brazilian Alexandre Machado. Only the Korean Kang Ji-Won and the Russian Anatoly Malykhin are unbeaten, both in their careers and in the promotion, but the first has a 5-0 pro record with two matches in ONE, while the second has just debuted in ONE — only one victory is too little to have a title chance.

“I have many more matches than them. I am on a winning streak, and I have more matches than them in ONE, with two defeats, which, however, were against the former champion [Vera] and the current one. And, please, remember that my defeat with the Canadian was by decision after a close fight. Last but not least, I am the only one of all these to have already won a title in an important promotion, having won the Cage Warriors belt twice in a row, in both cases by knockout in the first round”.

The addition of the Italian Cerilli in a title fight would be a perfect fit for the first European event for ONE Championship, which could happen soon.

Cerilli is 38 years old and lives in Terracina, a town on the coast southeast of Rome. He started to train in MMA when he was 29 years old with the sole purpose of losing weight. He amassed a 10-2 mark before the title fight at Cage Warriors 89, where he defeated the Dutch veteran Niels Van Noord by TKO in the first round. Only after that fight did Cerilli join a true MMA team, the Aurora Rome, where he is still training today.