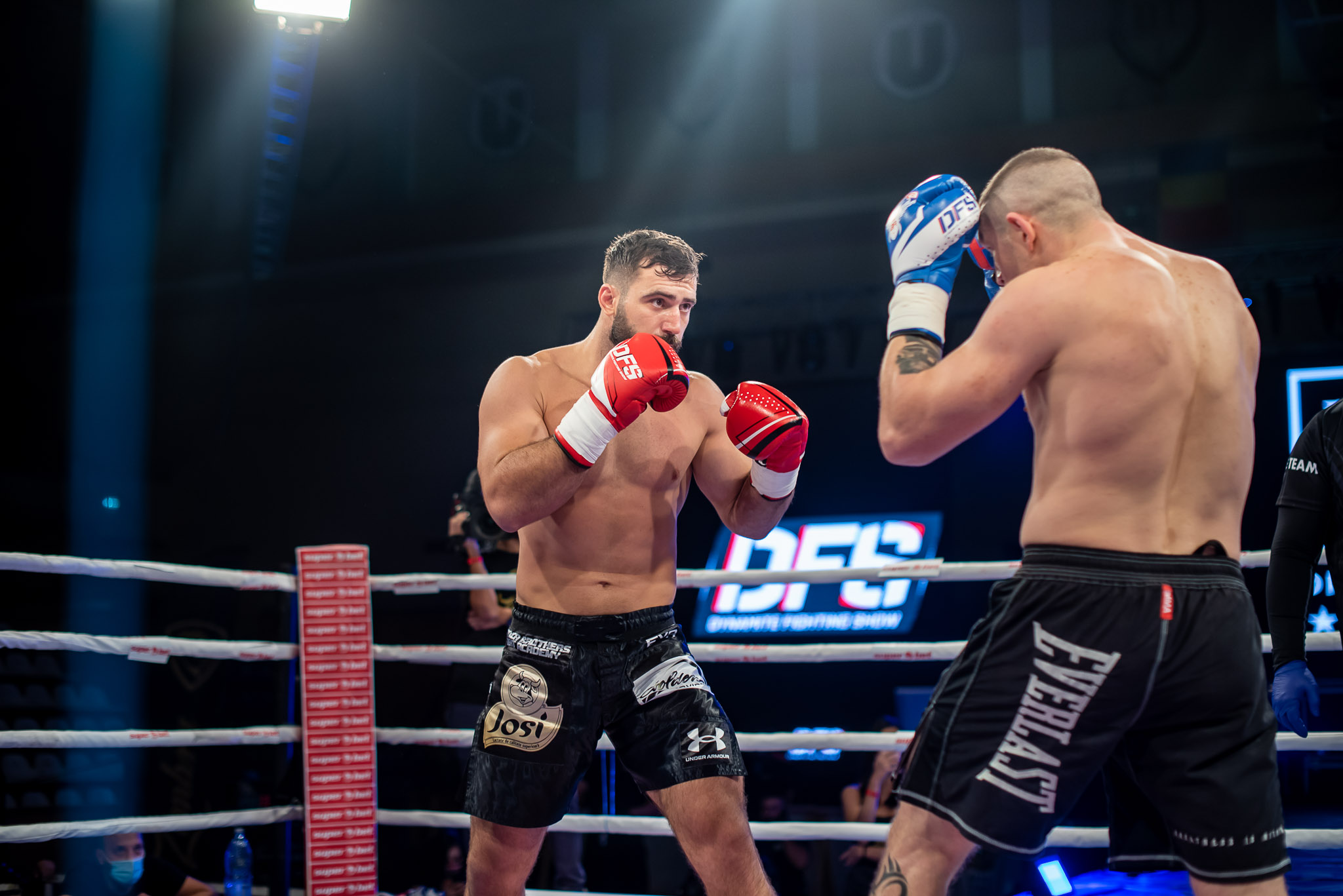 On Friday, June 4, Bucharest, Romania, is again in the spotlight in the world of kickboxing for DFS 11. The Dynamite Fighting Show, a promotion founded in 2018 by Catalin Morosanu and Alin Huiu, hosts its 11th edition in the capital city. With its high TV ratings in the country and the consequent many sponsors that have come onboard, DFS did not stop even during the pandemic and will establish a new first with this event: DFS will be the first promotion in the world to pay its bonuses to the fighters via cryptocurrency.

In the main event, Andrei Stoica and Pavel Voronin will fight in a light-heavyweight bout. It’s a rematch of the fight at DFS 9 that Stoica won by split decision amid much controversy. Voronin complained of a failure to issue a count on Stoica in the first round when the Romanian fell to the canvas after a punch to the body. Then, Stoica was issued a count in the second round. Conversely, in the third stanza, Voronin suffered a count after a low kick to the inside of the leg which he later claimed was actually a blow to the groin.

The 34-year-old Stoica was a champion in the now-defunct SUPERKOMBAT organization, one of the leading European kickboxing promotions for several years. He also fought in K-1 World GP, GLORY, W5 and ONE Championship. His last bout was a title fight under the ONE banner against Roman Kryklia that he lost by unanimous decision after five rounds. The match took place only two weeks after his bout against Voronin at DFS 9.

Voronin hails from Sarajevo, Bosnia. He is 35 years old and has a record of 31-10-3. Before December’s controversial verdict, he had already faced Stoica twice. In both cases, the Romanian’s points victory was clear.

The co-headliner features Florin “Rambo” Lambagiu, who is now unbeaten over the last three years, who meets Petros Vardakas, a Greek champion of kickboxing, Muay Thai and Brazilian Jiu-Jitsu. In 2018, Vardakas fought for the KOK world title.

The first is Bosnia’s Dzevad Poturak, a former K-1 Final 8 contender and WAKO Pro and KOK champion. He faces Romanian Olympic boxing champion Ștefan Lătescu. Poturak has registered three consecutive victories, all by knockout. This includes a conquest of the KOK heavyweight title. Lătescu has triumphed twice in a row in DFS, with victories over Florin Ivănoaie and Marius Munteanu.

The second debuting legend is Latvia’s Konstantin Gluhov, one of the most important kickboxers in the former Soviet area. Gluhov, whose record sits at 48-19, won the K-1 Istanbul and K-1 Riga tournaments. In 2018, he reached the semifinals of the Tatneft Cup. He holds notable victories over Pavel Zhuravlev, Brian Douwes, Mighty Mo and Mourad Bouzidi. Gluhov clashes with Tanculet Iancu, the current holder of the DFS heavyweight belt. Iancu had a resounding 2020 in which he collected five wins while making six total appearances. His last victory was a first-round knockout of Costin Mincu.

In the middleweight division, Cezar Buzdugan collides with Andrei Ostrovanu in his DFS debut. Meanwhile, the revelation of DFS 10, lightweight competitor Sergei Zanosiev, draws another promotional rookie when he battles Vlad Trif.

Elsewhere, Florin Ivănoaie and Costin Mincu arrive at their match in different moods. Ivănoaie is coming off a victory over Sebastian Lutaniuc, whereas Mincu lost his last bout by knockout against Ionuț Iancu.