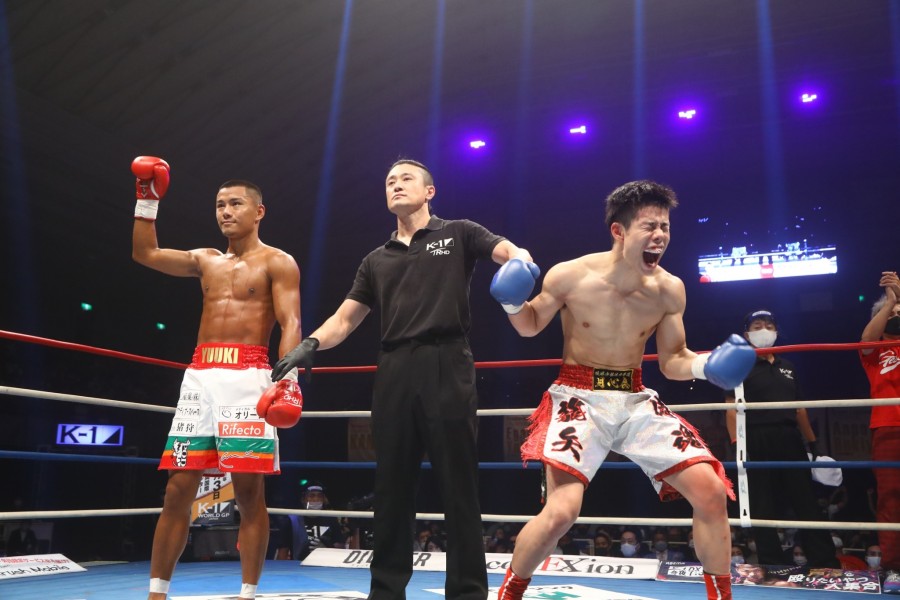 Upset of the Year
Tatsuya Tsubakihara vs. Yuuki Egawa

The kickboxing landscape changed a number of times as a result of the global COVID-19 pandemic in 2020. The inability to bring in international fighters for events amidst shutdowns and travel restrictions left many of the top talent either without fights, without a home to compete, or without the ability to enter the countries where the majority of the kickboxing events were being held. This produced more hometown match-ups, exciting rivalries, and, of course, major upsets in a sport already known to produce surprising results at the top of almost every division.

There were massive upsets in China and Japan, where most of the kickboxing action took place this year. Former top-ranked bantamweight Taiju Shiratori fell victim to relative unknown Naoki Tanaka due to a cut in the opening round of the RISE DEAD or ALIVE: Yokohoma four-man, one-night tournament. Unheralded Chinese competitors Shun Li and Ji Xiang bested top-10 foes Jin Ying and Jia Aoqi, respectively, under the Wu Lin Feng banner. On the women’s side of the sport, former K-1 amateur B class tournament winner Kotomi shocked K-1 champ and perennial top-10 pound-for-pound talent KANA at K-1 World GP 2020 in Fukuoka

The biggest upset of the year wasn’t necessarily the most surprising, though. Tatsuya Tsubakihara, a talented fighter, knocked off K-1 57.5-kilogram champion Yuuki Egawa in only his second bout in the weight class. The former 55-kilogram fighter traded wins and losses in his two previous years of work while compiling an unimpressive 4-3 record, albeit with wins against two top-10 opponents. Following a gorgeous high-kick knockout over Shoya Masumoto at Krush.113, Tsubakihara took on the current K-1 titleholder in the co-main event at K-1 World GP 2020 in Osaka in a catchweight non-title affair. Tsubakihara put on a strong performance en route to a majority-decision victory over the 2019 Combat Press “Breakout Fighter of the Year” and K-1’s “Fighter of the Year.”

The title rematch between these two competitors should be scheduled in the coming months and will allow fans to determine just how big of an upset their thrilling 2020 bout was.

Make sure you check out the rest of the Combat Press 2020 Kickboxing Award winners.