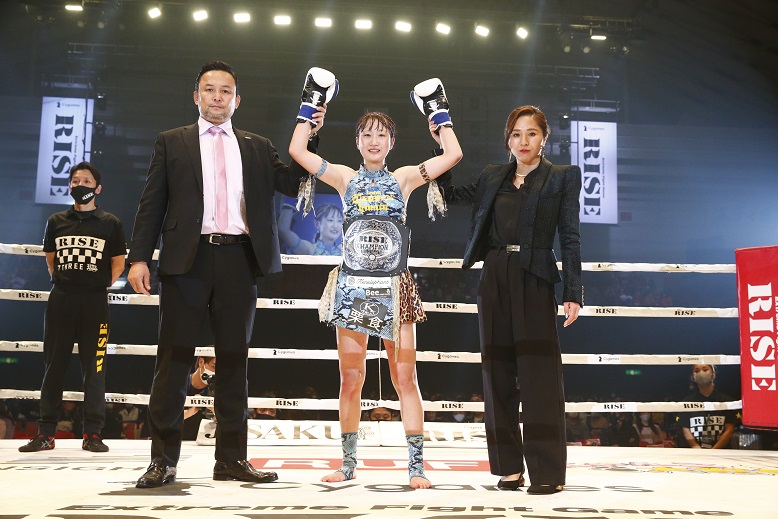 The sport of kickboxing was greatly affected in 2020 by the global COVID-19 pandemic. The sport thrives in pockets of the world like Japan, China and many European countries, but the fighters and promotions were fragmented more than ever this past year. However, it wasn’t just a single division or promotion that struggled the most.

The women of the sport were hindered for a multitude of reasons, including less events, international travel restrictions, and a lack of fights in the prominent promotions that feature high-caliber female fighters. One area of the world that seemed to have a somewhat normal event schedule was Japan, where the sport was only shut down for two months, the major promotions put on a dozen or more events, and audience members were able to attend shows with a restricted and limited capacity for the majority of the year.

Hinata Terayama was the one fighter that competed more than any other woman out there and just so happened to go undefeated during the year. The 20-year-old was victorious in all five of her professional bouts, which took place under the RISE banner.

The RISE Queen mini-flyweight titleholder kicked off her year prior to the pandemic with a victory over KOKOZ on the all-female fight card RISE GIRLS POWER 2. Terayama continued her winning ways when she returned in a tough back-and-forth battle with Sasori at RISE 140. The TEPPEN team member earned her third win of the year over Erika♡ in the opening round of the eight-woman RISE QUEEN OF QUEEN tournament. She capped off her year with her fourth and fifth victories on the same night when she captured the tournament crown with wins over Sasori and Momi to extend her active winning streak to eight.