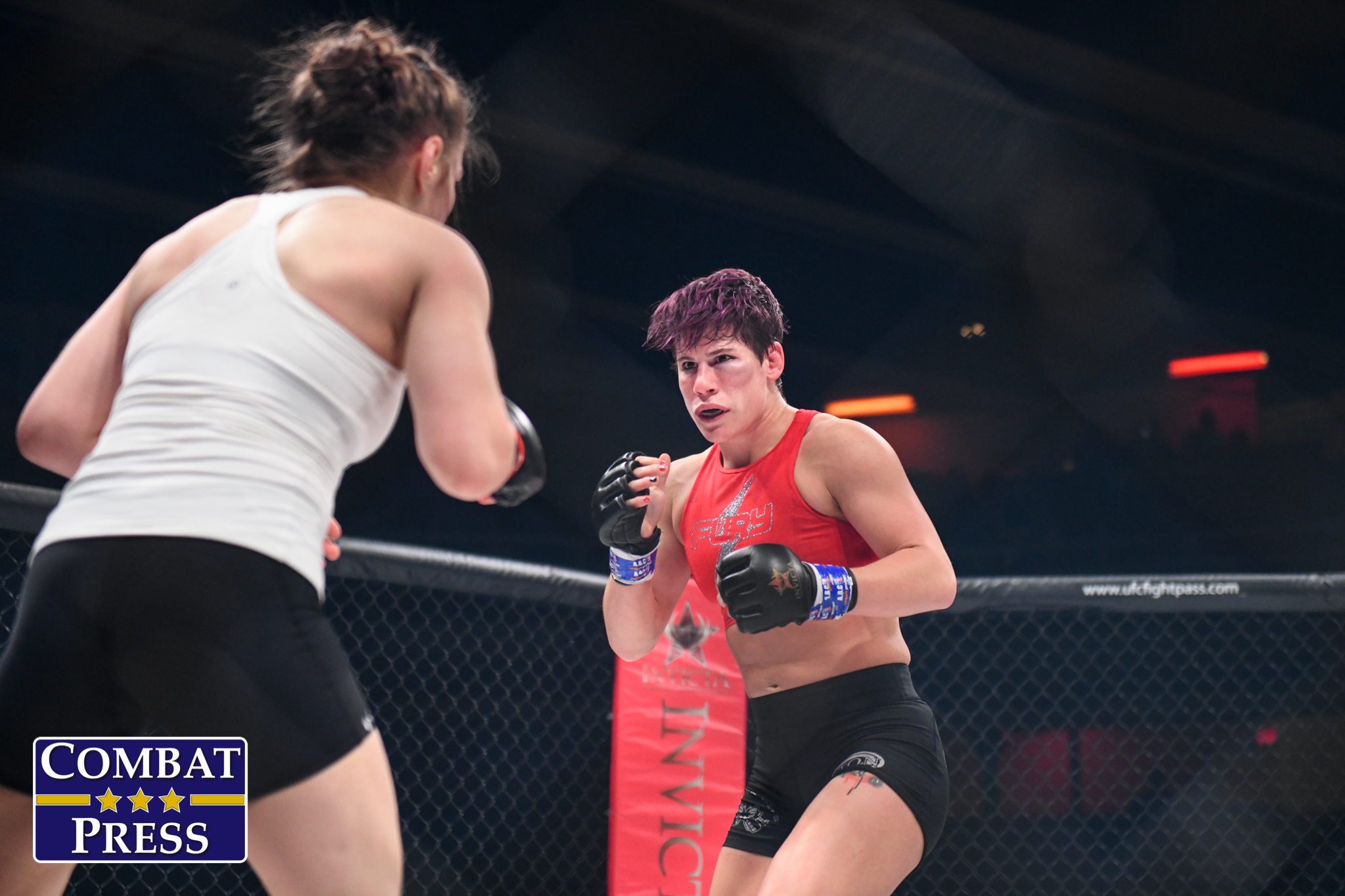 The show’s 10th episode of the new season takes place on Tuesday, Nov. 17. The ESPN+ stream gets underway at 8 p.m. ET.

The judo player is well known for her time training with Ronda Rousey, but she has also proven to be a top prospect in the MMA world. The young fighter knows that she needs to be more rounded, so she decided to go to FactoryX Muay Thai to tighten up the striking aspect of her game. Macias improves from fight to fight and is still very young in her career. If she continues improving at her current rate, then she’s going to be a player in the strawweight division. She’s clearly the best overall prospect on this episode.

Flyweight bouts are generally always in the running for “Fight of the Night,” and the one between Buys and Silva will be no different. As he demonstrated earlier in this season, Silva is a flamethrower with massive power in his hands. He’s tough as nails and will not go away unless you kill him. Buys is a tough fighter as well, and he has good grappling and a good chin. It’s a great contrast of styles. Add in the wild pace these two men will set and you have yourself an excellent match-up.

On late notice, Maximov steps into the main event in place of Kenneth Bergh. He’s already facing an uphill battle, but he also has just five fights in his career. Yet, Maximov already shows promise. He’s likely not known to many, but the Diaz brothers’ student has a similar style to Nick and Nate. He’s an outstanding grappler with a history of competing at a high level in jiu-jitsu tournaments. He also has solid boxing. Maximov has a tough road moving up a weight class to fight a natural heavyweight in Cota. Win or lose, though, fans will start to know his name in the aftermath of this contest.

Chute Boxe is a legendary camp, and its fighters are notoriously tough as hell. De Paula definitely fits this bill. However, she’s still the biggest longshot on the card. She is a good striker, unsurprisingly. However, her grappling is something that will be tested, especially against a judo ace like Macias. De Paula’s two toughest tests to date came against Isabela de Padua and Ariane Carnelossi. In both of those fights, she fell on the scorecards. This fight against Macias is her biggest step up in competition since those setbacks, so she has something to prove here.

Maximov, fighting up a weight class and on short notice, will get a contract with a win.

Macias, a former training partner of the legendary Rousey, also gets by with a win. She has a backstory that the UFC can build upon, too. She has a very high ceiling, and the company can build her up slowly.

With a win, Blackledge will have gone 2-0 this season on the Contender Series and will get an automatic contract from Dana.

Leonardo will get a win on late notice, which is impressive enough, but she will also likely score a finish. The UFC will ink her based on those results.