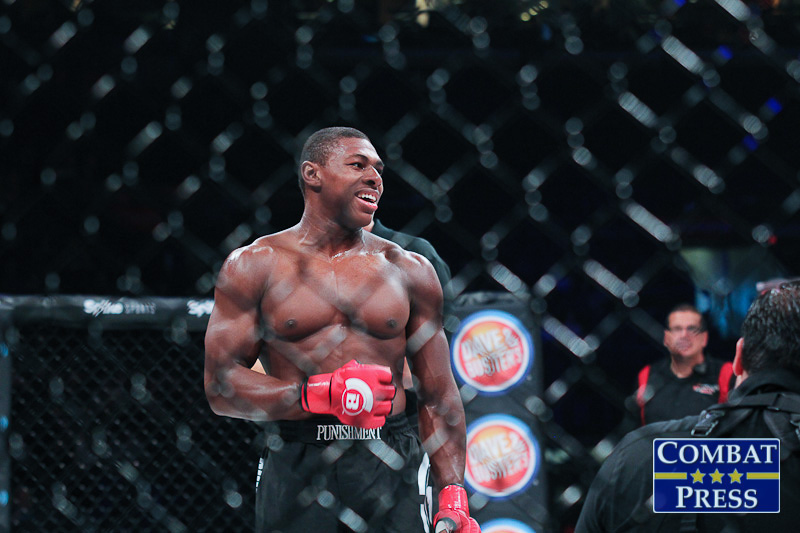 Knockout of the Year
Joaquin Buckley vs. Impa Kasanganay (UFC on ESPN+ 37)

Despite the uncertainty that 2020 brought, MMA fans were spoiled with some of the greatest knockouts in the sport’s short history. Cody Garbrandt stormed back into contention with one perfectly placed winging right hand that put Raphael Assunção to sleep at UFC 250. Kevin Holland arrived as a legitimate contender when he knocked out Ronaldo “Jacare” Souza in stunning fashion with a right hand while on his back at UFC 256.

However, the selection for the 2020 Combat Press Knockout of the Year belongs to Joaquin Buckley. Impa Kasanganay caught a left body kick from Buckley in their fight at UFC on ESPN+ 37. Before Kasanganay could let go of the leg, Buckley quickly pivoted and turned it into a spinning back kick that landed directly to Kasanganay’s face. Not only did this kick end the fight, but commentators ringside and fans at home were left in awe of the remarkable technique.

Fans across the MMA world immediately recognized Buckley’s name, and the highlight-reel finish vaulted him to a level of stardom that only a breathtaking performance like that can do. His next appearance — an impressive knockout of Jordan Wright — kept the momentum rolling. It might just be the greatest knockout of all time, but it is without a doubt the 2020 Knockout of the Year.