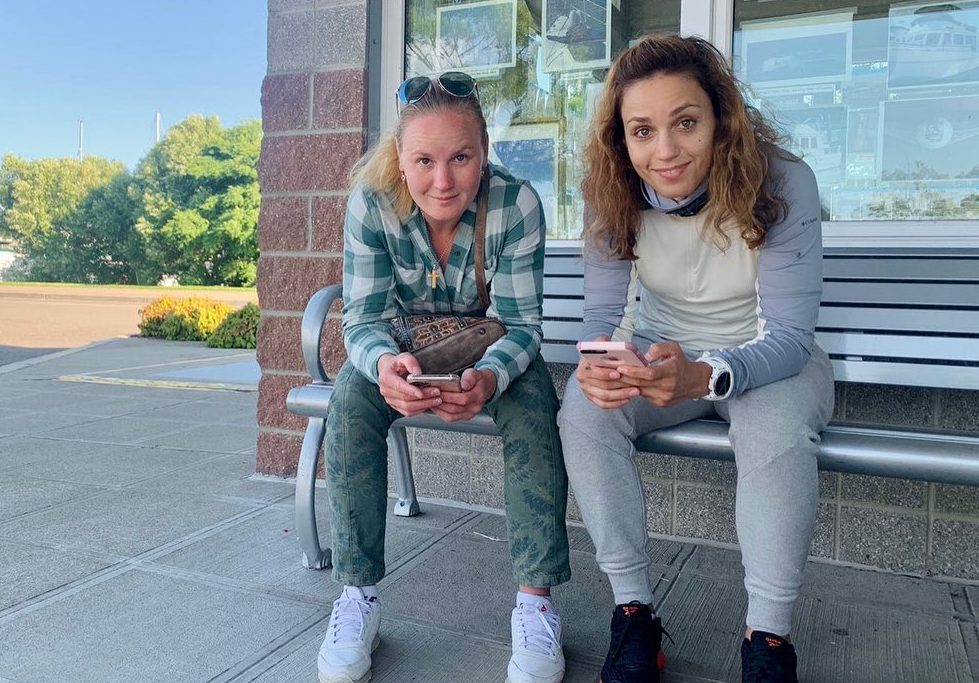 UFC 255 was an outstanding event overall. There were several really good fights, a couple of really nice finishes, and two dominant champions who remained dominant.

On the women’s side, we saw both Shevchenko sisters and Katlyn Chookagian get wins. As a friend and training partner of Chookagian, I won’t break down her victory over Cynthia Calvillo, other than to say I am happy for her putting on such a great performance. We do have the two other women’s bouts to discuss. Let’s get started.

Antonina defeated Lipski by TKO in round two.

I thought that Lipski might go for a takedown or two. Early in round one, she did make an attempt to score one a little earlier than I would have expected. She was unable to get it, though, and Antonina instead turned it into her own takedown and went to work from the top.

Antonina wanting it on the ground and doing so well there was a surprise to me. She was able to land some strikes and look for submissions. She was really close to stopping it in the first round, too. Lipski seemed to have trouble doing anything on the ground except to survive, and she barely did that.

In round two, Antonina again got the takedown. This was frustrating to watch. Shevchenko was having trouble getting a second hook in when she had her back, and there were opportunities without that hook in for Lipski to roll to her back or even work to stand. She would have eaten some punches en route to standing, but the opportunity was there. She was on her knees, had one and sometimes two free legs, and as long as she protected her neck in doing so, the opportunity to stand was there. Instead, Lipski seemed resigned to stay there and just try to block punches as best she could. Antonina realized Lipski wasn’t making the effort to roll, scramble, or stand, and she was able to just plant her knee down, get a good base, and really unload on Lipski.

Look, I am not taking away from Antonina’s performance. She looked really good, showed an improved ground game, and did what she needed to do to win. She earned this victory. However, this fight was as much about Lipski’s weakness on the ground as anything else. You cannot reach the top without having a skill set in all areas, and Lipski didn’t seem to have any idea of how to escape a bad position even when the escape was right there. She accepted being in bad spots and just hoped to survive. Am I being extra critical? Yes. This is because I like Lipski and think she has potential to do a lot of things. Therefore, a performance from her like this one frustrates me. I really hope she doesn’t feel a need to rush back and erase this loss, because now the book is really there on how to beat her. Every opponent will do what Antonina did. I hope Lipski takes time and really works on her ground game.

What is next for Shevchenko? This is a tough one. No name really stands out as a logical next fight. Maybe Sabina Mazo?

Sometimes I hit it exactly on the head when I preview a fight. Other times, I miss it completely. I missed this one. I expected Valentina to want to keep it on the feet and win with her superior striking. She thought my strategy was stupid and did the total opposite en route to a unanimous-decision victory.

In round one, Valentina made her strategy clear when she got it down right away and seemingly easily as well. She kept it there, too, and did very well from the top. As I watched this unfold, my thought was that Valentina was letting Maia know that the takedown could be there, which was going to open up her striking in later rounds. I thought this was a smart strategy. The extra benefit is that I would suspect Maia was not expecting a grappling match against someone named Shevchenko.

However, in round two, Valentina went right back to the takedown. Maia was able to land on top, though, and, to no one’s surprise, she did well from there. She kept Valentina there just as Valentina had done to her. Maia seemed to have the momentum, and Shevchenko clearly was going to have a tougher fight on her hands than most fans — especially the guy who wagered $12,000 to win $600 — expected.

In the third round, Valentina was able to regain control of the fight, pretty much in a replay of round one. Maia seemed to hope to put Valentina’s back to the cage and try to out-muscle her, and I would have expected that to be a good strategy. However, Shevchenko did really well using that to her advantage and got it to the ground, where she stayed on top and easily won rounds.

Rounds four and five were just a continuation of this approach. Valentina got the better of the brief stand-up moments and then took down Maia and grinded out the rounds. It wasn’t the most exciting fight to some, but it was a great strategy by Valentina. She not only won, but she gave future opponents something to consider. They might think twice before trying to take her down. They might be a little hesitant on their own strikes. They have generally more to think about now.

Maia can keep her head held high, though. She went five tough rounds with the woman who is at worst the second-best pound-for-pound female in the sport. Maia wasn’t out-classed. She wasn’t out of her league. She showed she belonged. It doesn’t replace the unhappiness of a loss, but it is something she can take pride and confidence in.

What’s next for Valentina? Well, it seems the two options are Lauren Murphy or Jessica Andrade. I want to see her defend her belt against Murphy, who is on a roll. Murphy has been in the division longer, and I feel she’s earned her shot.