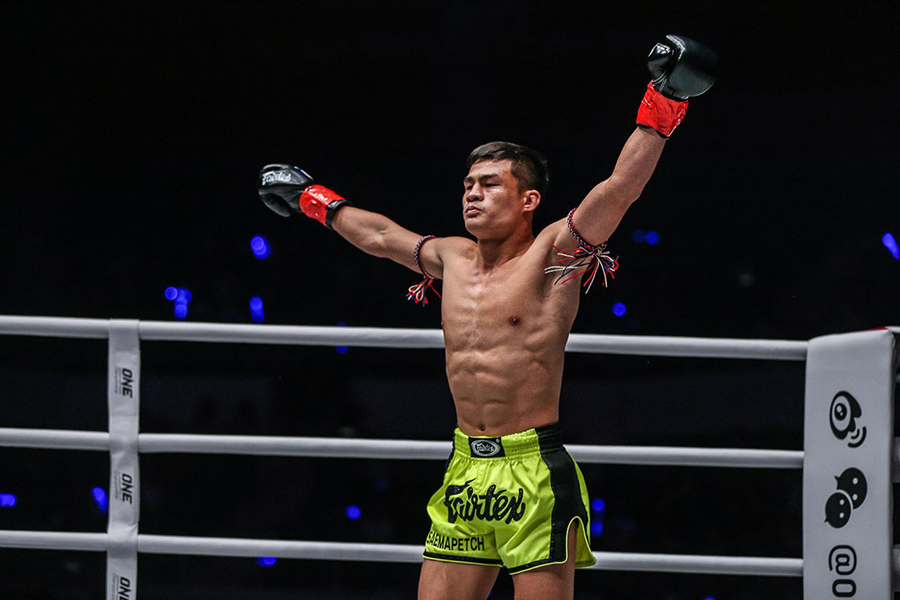 ONE Championship ‘No Surrender II’ Results: Saemapetch Edges Rodlek to Advance in Tournament

Two Muay Thai greats took the ring this weekend under the ONE Championship banner, but only one advanced to the finals of the company’s bantamweight Muay Thai tournament.

In one corner stood Saemapetch Fairtex, a veteran of 137 fights and victor of 118 of those contests. One of the men he couldn’t defeat previously stood opposite of him on Friday. That man was Rodlek PK.Saenchaimuaythaigym. Rodlek has even more experience than his younger counterpart. He checked in with 173 total bouts and 128 victories. The Muay Thai lineup also included an intriguing featherweight match-up between Sorgraw Petchyindee Academy and Pongsiri PK.Saenchaimuaythaigym. The lone kickboxing affair featured Leo Pinto and Mehdi Zatout. Meanwhile, the MMA docket included such notables as Pongsiri Mitsatit, Yodkaikaew Fairtex and the undefeated John Shink.

ONE Championship: No Surrender II took place at the Impact Arena in Bangkok, Thailand, and aired via ONE’s app at 8:30 a.m. ET on Friday, August 14.