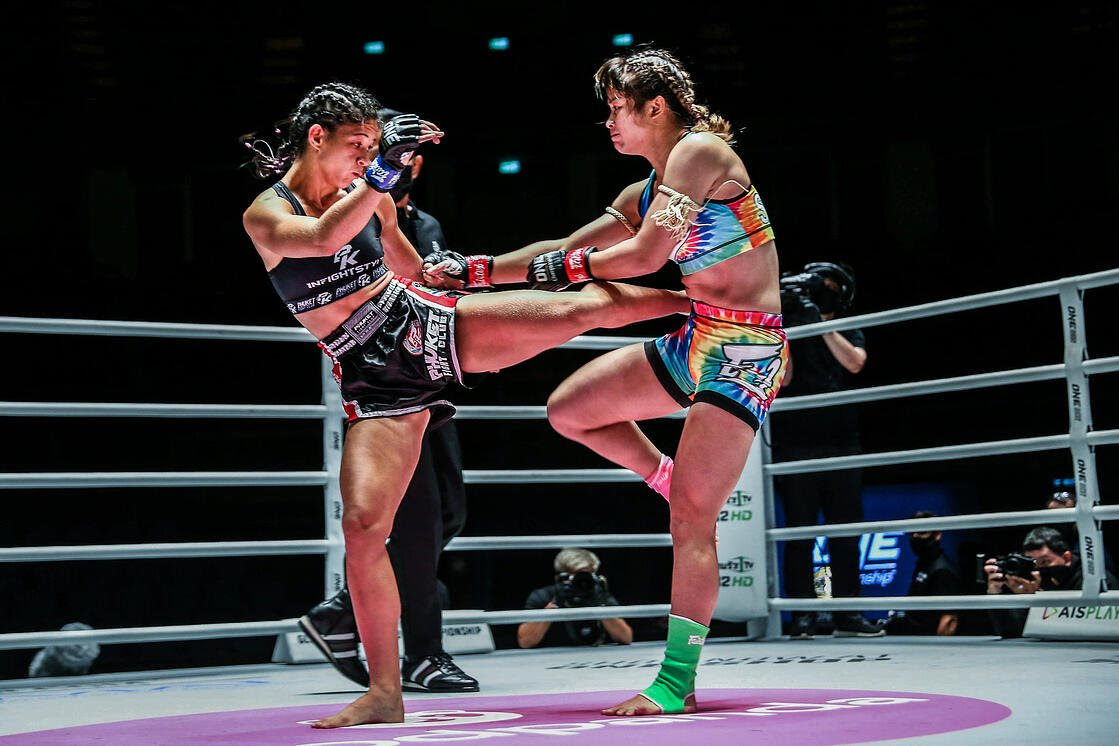 The main event featured Stamp Fairtex as she defended her ONE atomweight Muay Thai title against Allycia Hellen Rodrigues from Brazil. Stamp was fresh off a first-round TKO victory in an MMA match against Sunisa Srisan at the first of the No Surrender shows, which took place July 31. She last defended her Muay Thai title against Alma Juniku on June 15, 2019, in ONE’s Legendary Quest event in Shanghai, China. Her opponent was no pushover. Rodrigues was considered to be one of the best foreign female fighters in Thailand at the moment and was the winner of the Queens of the Ring flyweight tournament in November.

In the co-headliner, Kulabdam Sor. Jor. Piek Uthai battled Rodlek PK.Saenchaimuaythaigym for the right to challenge ONE bantamweight Muay Thai champion Nong-O Gaiyanghadao. Kulabdam advanced to the final of the bantamweight tournament with a fantastic first-round knockout of Sangmanee Sathian at No Surrender III. Rodlek was back in the mix after Saemapetch Fairtex, who beat him by decision at No Surrender II, sustained an injury.