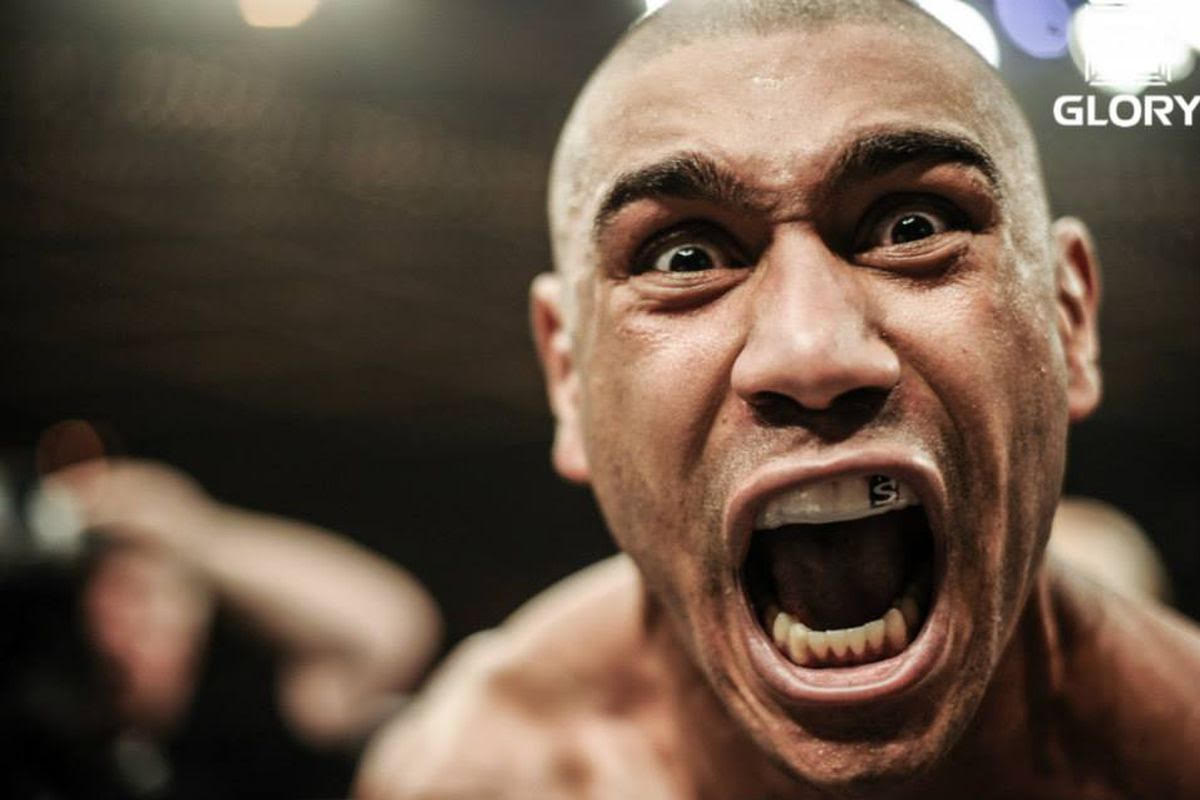 Former GLORY lightweight champion Saulo Cavalari hasn’t competed in nearly three years. Despite what some fans might think, Cavalari has not yet finished his career. The Brazilian is still hungry for wins and ready for a return to the sport of kickboxing. Cavalari recently discussed his future plans with Combat Press.

It’s been almost three years since your last fight. Is your contract with GLORY still valid?

I have a contract with GLORY for two years and five fights. I went through two injuries in that time frame. I fractured my hand in a sparring session for a GLORY fight in China. I spent some time away and recovered. When I was released to fight, my 114 [previous] kickboxing fights had caused me some injuries, and I was advised by my team’s chief doctor Faruk to treat me so that I could get back well and be able to fight for another 10 years.

I had a painful one and a half years treatment of physiotherapy and bodybuilding. Thank God, Dr. Faruk and my coach, Felipe Pastorini, helped me recover. I’m 100 percent ready to face my opponents and show that I am the best. [As I prepared to] return, the [COVID-19] epidemic started, and I am waiting for everything to be well and show good results in my return.

What do you do for earnings presently?

I have some good investments that kickboxing gave me, so I managed to work on my recovery and get active again. I also presented some seminars with friends, and they helped. Then my son, Dom Cavalari, was born.

It seems as if you are still interested in a fight against Gokhan Saki. Would you like to sign a contract with the UFC for that opportunity?

He was afraid that I was going to kick his ass at his best moment in kickboxing, and he ran. That led me to take his belt in 2014 — he left it behind — but I’m still here and hungry to fight him. I really want this fight with him, because we have some things to solve.

It would be a very good [fight in either] sport, both kickboxing and MMA. It would be a great fight in MMA. I think this would be a super-interesting fight to connect the world of UFC and GLORY events, so Saki would have nowhere to run! It will be an electrifying fight and very important for our history.

Tyrone Spong was scheduled to fight against top boxer Aleksandr Usyk, but the fight didn’t happen. What do you think about Spong’s chances in that potential fight?

Usyk is a good fighter, but Tyrone is a monster and would finish him off easily. Kickboxers are complete to fight in pro boxing, and Tyrone has been training for some time only boxing, so I believe that Spong would drop Usyk, plus him and his promoters really need to accept and work for this fight to happen. Tyrone is [an assassin with his hands]. He is a cannon and has a lot for the boxing world.

There is one highly anticipated fight in GLORY that is not scheduled yet but should happen — Artem Vakhitov against Alex Pereira. What’s your prediction for this potential bout?

I already beat Vakhitov in Dubai. Alex “Poatan” — I don’t know him very much. I heard that he is a good fighter, but he is a new fighter and has not had a great challenge until now. It would really be a [chance to prove himself]. I believe the chances are [in] Artem’s favor.

Why do you consider Pereira a new fighter without strong challenges? He has been a GLORY fighter since 2014, and he has beaten Simon Marcus and Israel Adesanya.

Simon and Adesanya are two good fighters, but they are a long way from the elite — the first-class of kickboxing fighters like Rico [Verhoeven], Badr [Hari], Spong and Saki. I believe that Vakhitov has a great arsenal of blows and combinations that can cause “Poatan” many problems. I can really say that “Poatan” did not have good results with average fighters in Brazil. I will open a challenge with him only if I beat Vakhitov.

During the last two years, Asian promotion ONE Championship has dynamically developed its kickboxing offerings. The organization signed many top fighters, including Nieky Holzken, Giorgio Petrosyan and Sitthichai just recently. Would you like to test yourself there?

Yes, ONE is a really big promotion that is growing every day with kickboxing and MMA. I am an athlete of GLORY, but I want to return to fight in Asia. I am in love with the people I fought in K1, and I think it would be interesting to work in Asia. All in good time.

When will we see you back in action?

The world is still waiting for this epidemic to go away and a return to normal life. I am anxious to fight, because I miss the ring, the adrenaline, the smell of blood, to see my opponent scared, and to raise a trophy after the fight. If all goes well, I will be on top of the ring and doing the most important thing that I do well — knocking people out and showing my fans that I am the best kickboxer on the planet.