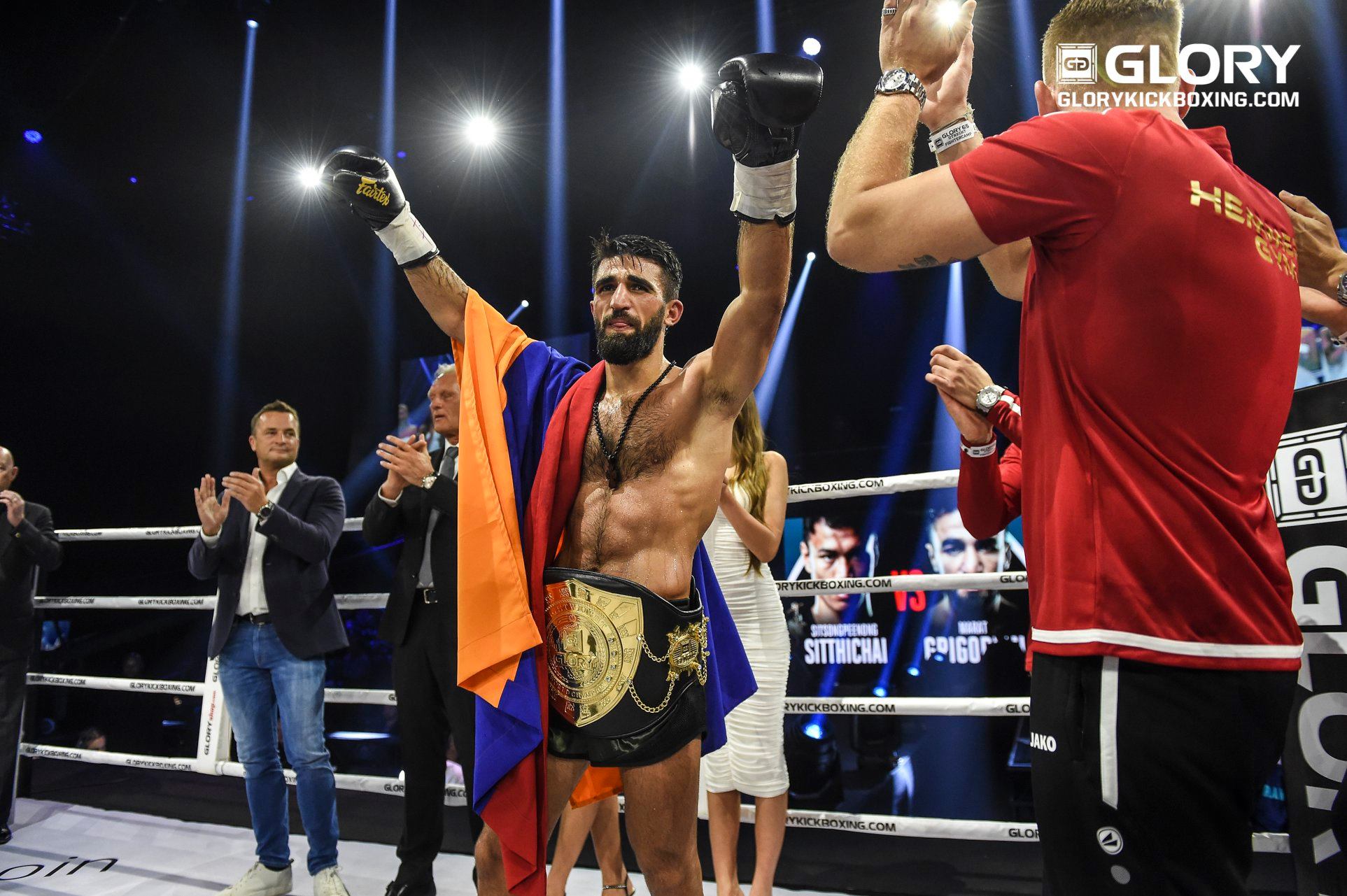 GLORY lightweight champion Marat Grigorian will defend his title against undefeated U.S. prospect Elvis Gashi in the evening’s main event. Despite Gashi’s perfect record through 23 fights, Grigorian is a huge favorite in this bout. The Armenian is the only fighter to have won belts in each of the three biggest kickboxing promotions of all time — K-1, Kunlun Fight and, of course, GLORY. Grigorian is a true GLORY veteran who has fought in the promotion since October 2012, when he knocked out Alex Vogel at GLORY 2 in Brussels. Meanwhile, the Albanian-American Gashi joined the organization only two years ago, when he debuted at the first GLORY event held at New York’s famed Madison Square Garden as a substitute to fight GLORY veteran Josh Jauncey.

“Super Elvis” took his chance and put on a great performance by knocking out Jauncey in the second round of the fight. Since that event, Gashi has been on GLORY’s radar. He has had four fights and won all of them. However, his opposition wasn’t very strong.

GLORY always promotes American prospects very carefully. For example, Mike Lemaire, who has 14 fights in the GLORY ring, always fought only Americans. Even a confident win over well-known UFC veteran Chris Camozzi didn’t bring European opposition to Lemaire, and he is still slowly promoted by matchmakers to become a top American welterweight. The situation is similar with American featherweight prospect Asa Ten Pow, whose six wins in a row didn’t bring him close to title shot, whereas Mexican prospect Abaraham Vidales received a chance to fight former champion Serhiy Adamchuk after just three wins in the GLORY ring. Vidales was outclassed and knocked out by Adamchuk. Something similar can be expected in the upcoming GLORY 73 main event.

There’s no doubt Gashi is a very strong and talented fighter, but his previous opposition in GLORY, where he has faced average foes, seems not to be enough to prepare him for such a high-class kickboxer as Grigorian.

In the co-headliner, the aforementioned well-known Canadian lightweight Josh Jauncey has revenge on his mind against Bulgaria’s Stoyan Koprivlenski, who fights out of Mike’s Gym in Amsterdam. These two men fought once before in March 2018. Both fighters put up a strong performance, but it was Jauncey who received the win by split decision. It is hard to predict the result in this rematch, but Jauncey was more active this year. He may win the fight to prove that he is the better of this pair.

One more highly anticipated bout is the GLORY debut of Belarusian heavyweight Andrei Herasimchuk. He meets Brazilian fighter Bruno Chaves, who won his GLORY debut in October 2018 by second-round knockout. While Chaves has an almost ideal record to that of his opponent, Herasimchuk is a big favorite in this bout. He is a two-time Kunlun Fight champion and probably the biggest upset artist of the decade following his big win over Rico Verhoeven in January 2015.

Another fight that all kickboxing fans are waiting for is the clash between Russia’s rising star Vlad Tuinov, who is only 21 years old, and Brazil’s top lightweight Bruno Gazani. Both men are very talented and have a chance to become big names within the GLORY organization. Let’s not make a prediction on this one, but just prepare a favorite drink and enjoy the upcoming show.