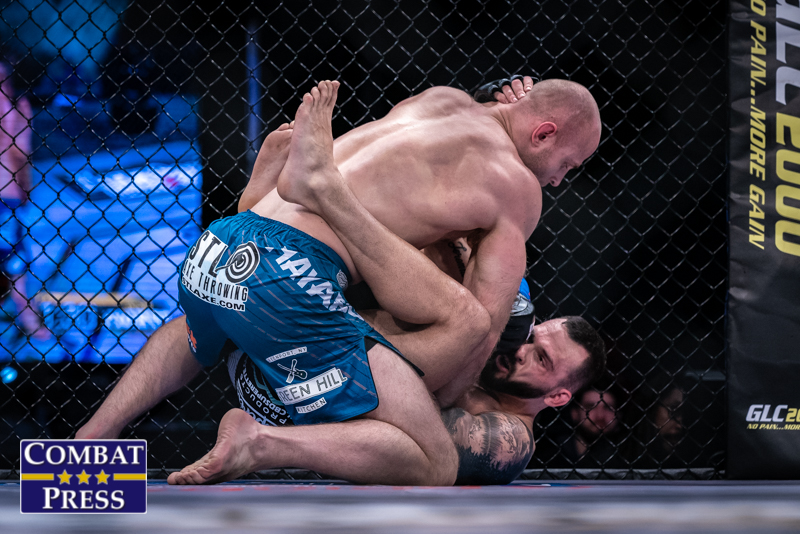 The show’s eighth episode of the season takes place on Aug. 6. The ESPN+ stream gets underway at 8 p.m. ET.

In MMA, it’s almost hard to call a 23-fight veteran a prospect, but 27-year-old Tony Gravely certainly is one in the bantamweight division. The man is not only a consistent finisher, but an exciting fighter that always brings it. He’s an outstanding athlete and well-rounded fighter that can bang or grapple. All five of his losses have come against top competition, including prospect Patrick Mix, UFC fighters Merab Dvalishvili and Manny Bermudez, and Bellator’s Ricky Bandejas. Gravely has also beaten some top talent. He fights top regional guys, and competes on a very consistent basis. He’s the type of fighter the UFC craves.

Do not miss this fight. It’s going to be a slugfest. Both women are known to stand and bang, playing for blood over safety. Shanna Young has ground skills, but she showed in her fight with Lisa Spangler that she will go straight Rock-‘em, Sock-‘em Robots in the center of the cage. Sarah Alpar is a striker who might be at a disadvantage on the mat against Young, but she can easily entice her opponent into a war of hands. This should be an enjoyable fight. UFC President Dana White will be lively on the reaction cam.

Brok Weaver looks to entertain the masses, but he falls toward the bottom of the pack in terms of the talent on this card. He does own a win over two Contender Series veterans — Tyler Hill, who was absolutely destroyed by Dwight Grant, and Max Mustaki, who got creamed by Jalin Turner. He’s certainly gotten better, but is he at the UFC level because he beat Contender Series losers and Charles “Krazy Horse” Bennett a decade-plus after Bennett’s run in Pride? We will see when he battles Devin Smyth.

A lot of people are going to put their money on Herdem Alacabek, but do not sleep on his opponent, William Knight. The 31-year-old is a physical specimen with immense power and incredibly dangerous striking. Alacabek will have more recognition from his time in the Legacy Fighting Alliance, but Knight has arguably beaten tougher opponents. He’s even scored a 2017 amateur win over Contender Series vet and current UFC roster member Yorgan de Castro. This is definitely the fighter to keep an eye on for this card.

The UFC is always in need of big guys, especially light heavyweights. Therefore, the winner of both light-heavyweight bouts will get inked. Those men will be Karl Reed and William Knight.

Shanna Young is the type of exciting fighter that White and company will appreciate. She will go in, put on a show, and impress the brass with her toughness. She gets inked and possibly drops to the 125-pound division.

Tony Gravely is too good to pass up. He will have an entertaining bout with Ray Rodriguez, turn in a win, and wow the bosses. He’ll be a welcome addition to the shark tank that is the UFC bantamweight division.