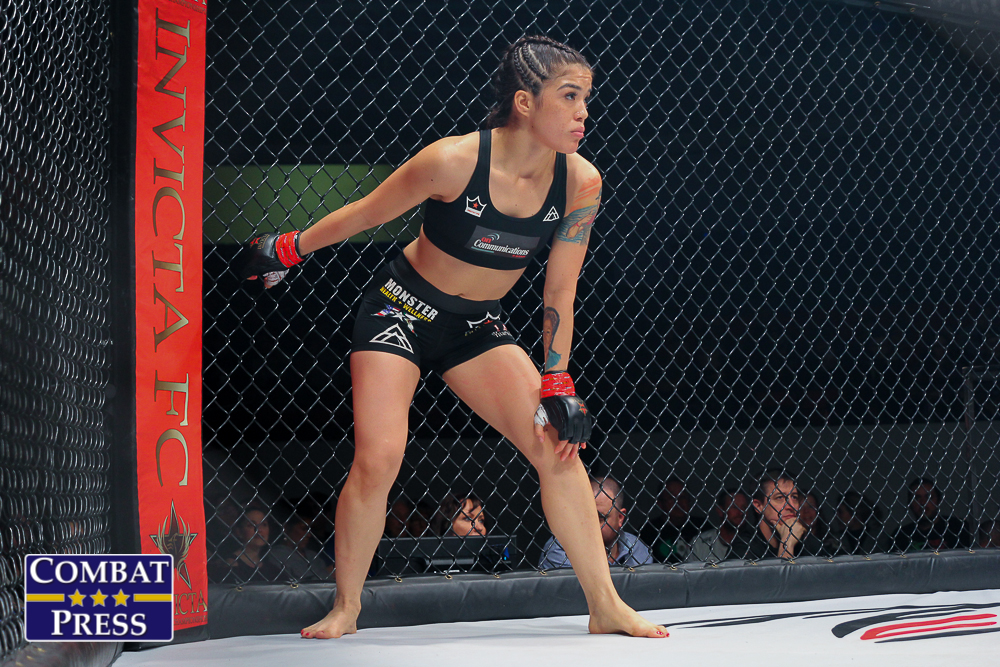 The show’s sixth episode of the season takes place on July 30. The ESPN+ stream gets underway at 8 p.m. ET.

He’s just four fights into his pro MMA career, but Aleksa Camur looks to be the standout prospect on this card. The light heavyweight, a teammate of Stipe Miocic at Strong Style Fight Team, is a slugging machine who has won all of his pro and amateur bouts by knockout. Most of these knockouts were quick first-rounders. Camur is just 23 years old, so imagine this guy in a couple years when he approaches his prime. He does need to take fights against higher competition, but he has an athletic, powerful opponent on his hands right now in Fabio Cherant. This will be a barnburner, and when it’s all said and done, don’t be surprised if Camur comes out looking like a guy UFC President Dana White wants to snag.

Two bangers matched up in an effort to impress the UFC bosses? Sign me up. Welterweights Daniel Rodriguez and Rico Farrington are known for their power and knockout ability. When you put two guys like that in the cage opposite each other, expect fireworks. Even more impressive, this card has a couple bouts that could be considered the best fight (Camur-Cherant, Agapova-Cortez). This could possibly end in a brutal knockout finish.

Most of the fighters on this card are pretty solid, so it was tough to find a longshot. However, Brazilian heavyweight Rodrigo Nascimento looks to be the best fit for this tag. Nascimento, who is undefeated, has not really fought anybody but inexperienced, unknown fighters in the Brazilian regional circuit. It’s really hard to get a gauge on his talent thus far. He’s a 26-year-old that is taking on an experienced European circuit heavyweight in Michal Martinek, who will easily be the best fighter Nascimento has faced.

Kazakhstan is still a developing nation in terms of fighters, but they do have some promising talents. One of those talents is Mariya Agapova, who is among the top female flyweight prospects in the world. Agapova started her career off by taking on inexperienced, unknown fighters, but has since fought veterans Lily Kazak and Na Liang. All of these wins have built this dark-horse prospect, who could establish herself after this night, especially against a popular fighter like Tracy Cortez.

The heavyweight and light heavyweight divisions always need new faces. So, Michal Martinek and Aleksa Camur will get inked, especially after they score finishes in their fights.

The UFC is also always looking for talented ladies, which means Mariya Agapova, who will be impressive in victory, will also get inked by Dana White and company.