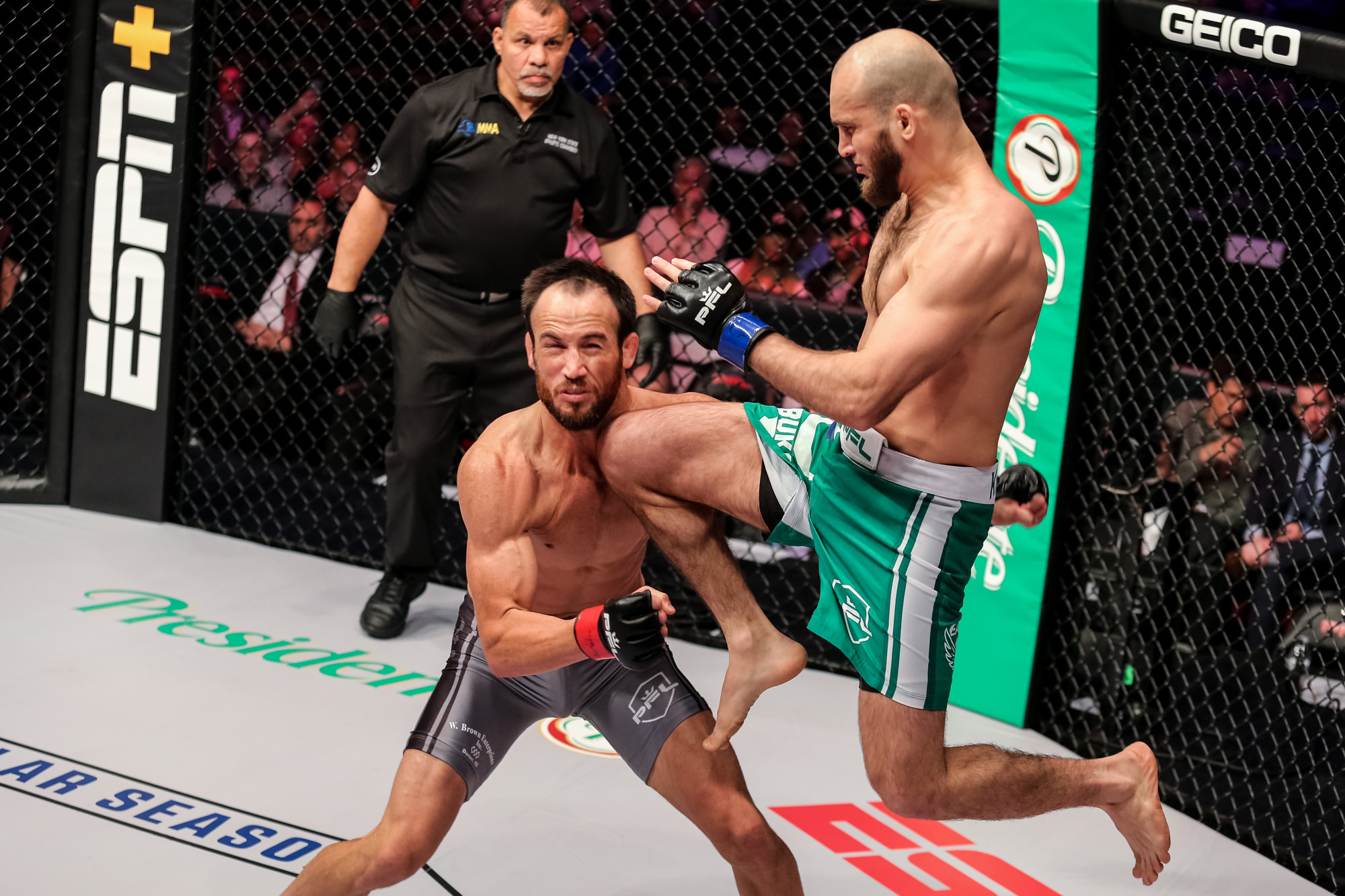 Earlier this month, the Professional Fighters League kicked off its 2019 season with a lineup full of lightweight ladies and welterweight men. In the league’s second effort of the season, the featherweight and lightweight men take to the cage in an effort to make a big first impression.

As with the promotion’s first 2019 show, this event takes place at the Nassau Veterans Memorial Coliseum in Long Island, N.Y. The show kicks off on Thursday, May 23, at 7 p.m. ET with four fights on ESPN2. The remaining eight contests air live on ESPN+ at 9 p.m. ET.