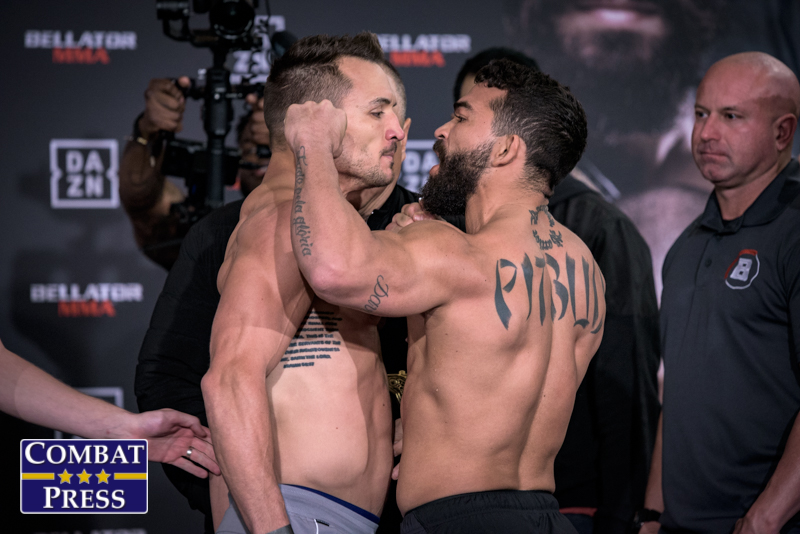 On Saturday, May 11, Bellator MMA will host its 221st event from the Allstate Arena in Rosemont, Ill.

In the night’s main event, the promotion’s lightweight champion, Michael Chandler, puts his title on the line against the promotion’s featherweight champion, Patricio “Pitbull” Freire. Chandler enters the contest having won seven of his last eight, with the lone defeat coming by injury. He most recently defeated Brent Primus to recapture the title. Freire, meanwhile, has won three straight, including two straight title defenses. He moves up in weight looking to avenge his brother’s 2016 knockout loss to Chandler, as well as earn a second belt.

The event kicks off with a preliminary-card stream on DAZN at 7:30 p.m. ET. The main card follows at 9 p.m. ET, also on DAZN.

Below are the results of the event’s weigh-ins, as well as a photo gallery shot by Lucas Johnson for Combat Press. Click an image for a larger version.