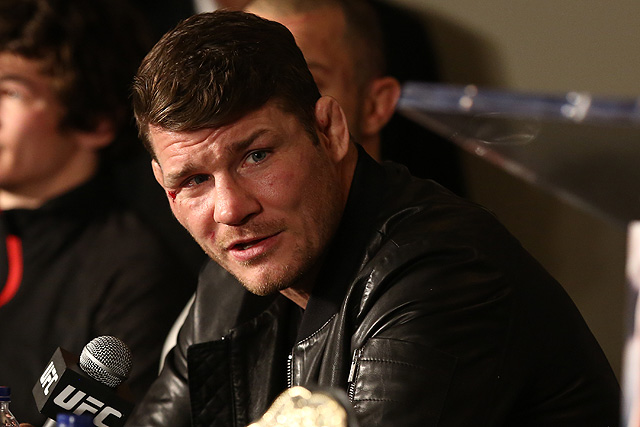 Could a Michael Bisping vs. Dan Henderson Rematch Become Reality?

Michael Bisping has come a long way since his loss to Dan Henderson at UFC 100, the biggest event in UFC history.

At UFC 199, Bisping was able to take the belt away from Luke Rockhold to become the undisputed middleweight champion, an achievement only a miniscule amount of people saw coming. Heck, after the events of UFC 100, few people could have seen the trajectory Bisping’s career would take.

However, Henderson was also a part of the UFC 199 card, and he, too, unleashed a surprising performance. Henderson, 45 and largely thought to be fading toward retirement, was able to dispatch the younger Hector Lombard in two rounds.

The victories for Bisping and Henderson set up something crazy, but something that would be interesting to watch: a rematch of a fight that produced the most memorable knockout in UFC history, between Henderson and Bisping for the middleweight title. Yes, you read that correctly. If Henderson decides he doesn’t want to retire, the next title shot could be his — even Bisping seems to want the fight.

Now, before we go the normal route of discussing why he doesn’t deserve to be there because he isn’t on some monumental winning streak and because there are fighters who deserve a shot before him, let’s just remember this is a hypothetical. Also, remember that this is MMA. Crazier things have happened. Fighters have earned title shots off of far less and even off losing streaks. Fighters have jumped monumental distances to the top of the pack to claim a title bid. Chael Sonnen even earned a title shot off of a loss and at a weight class above his own division when he fought Jon Jones at light heavyweight.

We’re quickly approaching UFC 200, the next big card in UFC history and one that could possibly be grander than its predecessor, UFC 100. Bisping just realized his dream of UFC gold. It was a great moment to see Bisping finally get over the hump and beat a guy who had previously beaten him. Fans loved it. The media loved it. It was a huge, iconic moment not only for Bisping, but for the division and the promotion as a whole.

In this modern era, UFC gold has eluded Dan Henderson much like it has Bisping. Henderson has defeated some of the best fighters around and yet he still lacks that crowning moment. Henderson has been a champion in other big promotions like Pride and Strikeforce, and he has even gone so far as to be a dual champion for Pride. But, his career is missing that crowning jewel, the UFC belt. The closest he has come is a UFC 17 middleweight tournament victory, but that was not for one of the UFC’s modern-era belts.

Now harken back to Bisping’s title win and how great it was to finally see him overcome all adversity to have the belt placed around his waist for the first time. It was an emotional moment to see a veteran like Bisping finally get something he worked so hard to obtain. A title defense for Bisping against Henderson puts “Hendo” in Bisping’s spot. It would be just as inspiring of a moment if the 45-year-old were to win and finally clear the hurdle Bisping just cleared.

The fight could also be a nice holdover until the other title contenders come back into the picture. For instance, Chris Weidman, who is still recovering from surgery. A showdown between Weidman and the champ, be it Bisping or Henderson, at the UFC’s inaugural event at Madison Square Garden could be huge. That wouldn’t come until November, though, and a fight between Bisping and Henderson could fill the void before the UFC makes the trip to New York for a big event where the company will undoubtedly bring the big guns after years of waiting through failed attempts to get MMA legalized in the state.

If Henderson did win and retired afterwards, the fight at MSG could potentially feature the undisputed belt on the line between any of the contenders, including Bisping, Rockhold, Weidman or Ronaldo “Jacare” Souza.

Bisping/Henderson II might seem like a far-fetched idea, but we have made title fights on less before. The outcome would be to either have Henderson crowned finally as a UFC champion or Bisping really solidify himself as the titleholder by avenging an epic loss from his resume. Either way, the UFC could take full advantage of this opportunity.