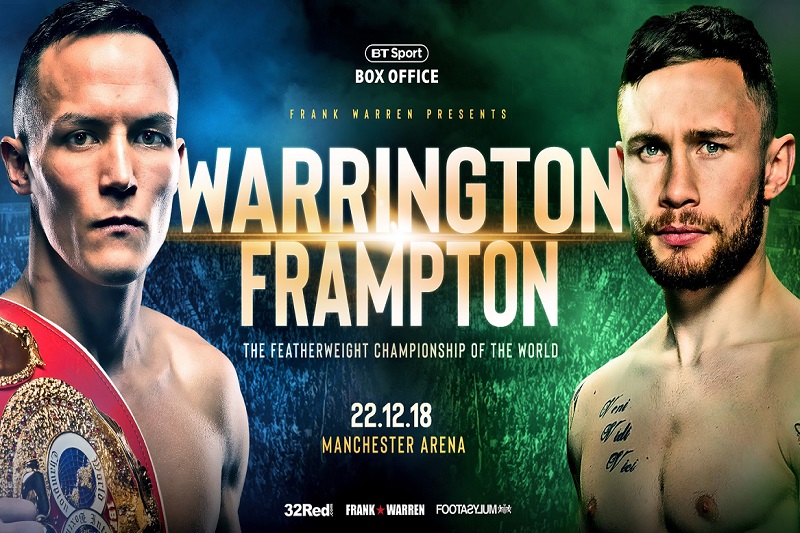 On Saturday, Dec. 22, Top Rank and Queensberry Promotions combine to bring boxing back to the Manchester Arena in Manchester, England.

In the night’s headliner, Josh Warrington put his IBF world featherweight title on the line against former two-division world champ Carl Frampton. Warrington, 28, remains undefeated in 28 contests. Frampton had won three straight, including an interim title winning performance against Nonito Donaire since tasting the first defeat in his career against Leo Santa Cruz.