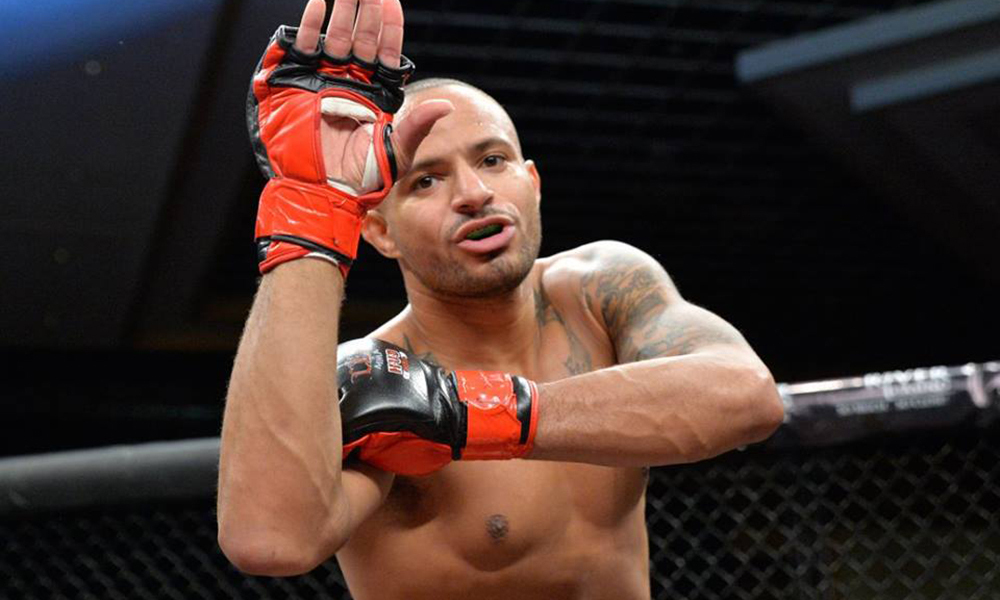 Let’s examine the lightweight division, a weight class that is loaded with talent and is constantly pushing new guys toward the top of the division.

Andrews makes his second — and final — appearance in this series. The CES MMA lightweight champion continues to be a guy that could develop into a bigger player in the 155-pound division. The tall, athletic lightweight is already 34 years old, so he needs to quickly position himself to get signed by the UFC before he leaves his prime.

The long fighter from Rhode Island is an absolute wizard on the ground, especially when he grabs onto an opponent’s neck. He has incredible squeezing power and ends fights with chokes quickly, whether his opponent taps out or not. He has not lost since 2014. Andrews has scored eight straight victories, all by finish — six submissions and two knockouts. He went 2-0 in 2018 with a choke out of Chris Padilla and a highlight-reel triangle choke of D’Juan Owens.

The UFC needs to move on Andrews soon. He’s not too old yet, but he’s obviously not getting any younger. He’s already scheduled to defend his title in January in the main event of CES 54, where he takes on Bryce Logan. If he wins, whether he finishes Logan or not, he should be signed by the UFC immediately. He could definitely compete at the upper levels of the division.

The lone Danish fighter to be represented in this series, Bak has quickly become one of the best prospects in all of Europe. “The True Viking” is just 26 years old, but he’s quickly amassing big wins to earn the attention of some of the top MMA promotions in operation today.

Bak is known for his magic on the ground, especially when working from top position. He’s comfortable off his back, where he does own a triangle-choke victory, but he’s at his best from the top, where he makes strong transitions to find the submission finish. His striking has improved, though it’s something he will want to continue to focus on in training. In 2018, Bak picked up his two biggest wins to date by tapping out Alexander Jacobsen and upsetting top Cage Warriors fighter Paddy Pimblett on the scorecards.

The UFC has a good number of events in Europe every year, so there’s plenty of opportunity for Bak to get on a card. He has continental recognition from his time in Cage Warriors, which only helps matters. The UFC needs to get this man signed up.

If you’ve followed this series so far, you might have noticed that the Evolução Thai MMA gym has had some good representation. The camp gets another mention in the form of the undefeated Gustavo, a 22-year-old Brazilian fighter who has an extremely bright future in this sport. The man known as “Killer” lives up to his nickname as a relentless finisher.

A well-rounded fighter, Gustavo can beat opponents in more than one way. He can either knock them silly with his extremely powerful striking or he tap them out on the ground. All of his fights have ended in a finish. He doesn’t like to get the judges involved. After starting his career crushing cans in Brazil, he has since stepped up the competition level in his last four fights and has not disappointed. He only fought once in 2018, when he blasted through fellow prospect Yusuke Yachi with a massive one-punch knockout in enemy territory.

It’s likely that Gustavo has a contract with Rizin right now, but the UFC would be crazy not to pursue the young, talented Brazilian once he is available. He has star quality and the excitement factor that the company looks for in fighters.

Raisov has competed both at lightweight and Featherweight. The 23-year-old Grozny fighter has quickly ascended through the prospect rankings. He’s gone from a little-known Russian regional scene fighter to someone who can run with the top guys gracing the very same regional scene he works in.

Like most Russian fighters, Raisov is a very good wrestler who secures most of his wins by submission. He’s also not terrible off his back, though he’d obviously prefer to fight on top. His striking is serviceable as well, though he uses it most of the time to set up the clinch or takedowns. His only loss came in 2016, when he was just 21 years old. Since the loss, he has notched five wins in a row while avenging that prior loss to Marat Balaev. He has a lopsided decision over vet Luis Palomino and a decision win over UFC veteran Andre Winner in his most recent outing. Raisov was 2-0 in 2018.

Raisov has much time to continue to develop. He’s another monstrous fighter from the Caucasus region that is taking this sport by storm. Whether the UFC takes him here at lightweight or at his previous home at featherweight, the company needs to get its paws on this stud.

Another young fighter at just the age of 22, Tsarukyan represents the future of the division. The 14-fight veteran might be young, but he’s already a pretty experienced veteran in the Russian regional circuit. He’s done so not only impressively, but in very exciting fashion.

Tsarukyan runs with the little-known Khabarovsk MMA, but he also puts in work with Tiger Muay Thai. This shows in his fights, where he’s an absolutely devastating striker. In his most recent outing, Tsarukyan blasted through UFC veteran Felipe Olivieri with a huge third-round head kick. He’s also skilled on the ground, where he’s picked up a lot of submissions. He’s able to score takedowns and finish guys.

Tsarukyan has not lost since 2015, when he was just 19 years old. He shook off the setback to become a top prospect. It’s not a matter of if the Armenian fighter will be in the UFC, but rather when. After knocking off two UFC veterans in a row (the aforementioned Olivieri and Junior Assuncao), he can’t be far from inking a contract.