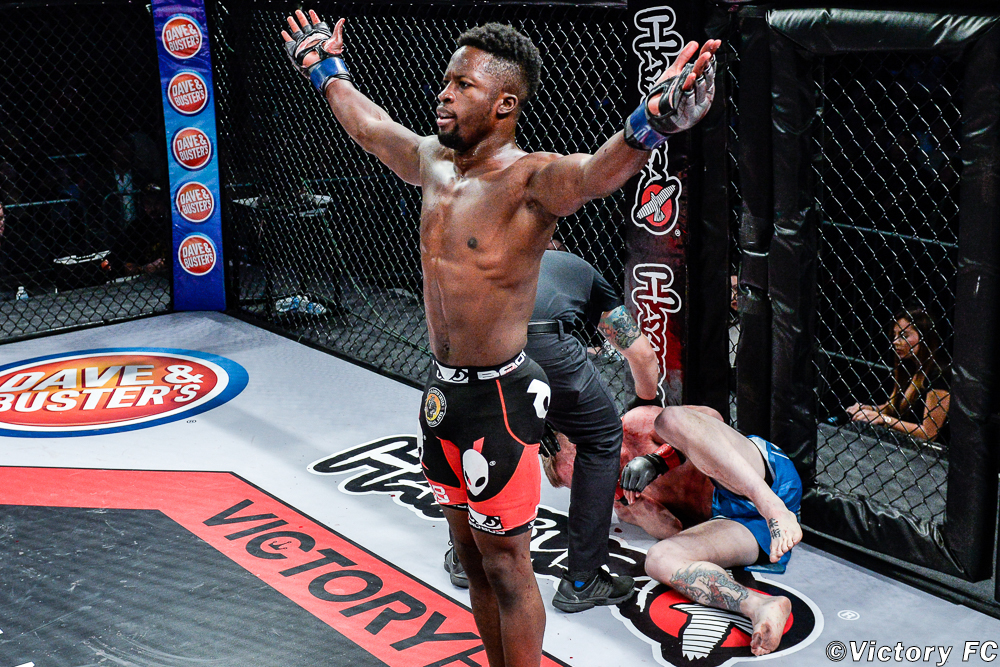 Despite Loss of Brother During Fight Camp, Sodiq Yusuff Soldiers On

After he earned a UFC contract with an impressive win over Mike Davis on Dana White’s Tuesday Night Contender Series, Sodiq Yusuff made his official UFC debut earlier this month at UFC Fight Night 142 in Adelaide, South Australia.

Training camps are often filled with hardships, injuries and various obstacles one must overcome if they are to make it through the rigorous journey and find their way to the Octagon, where the real work begins.

In preparation for his last fight, Yusuff carried a heavy heart. He was holding onto a pain that he shared with few outside of his inner circle. Shortly before Yusuff’s UFC debut, his brother passed away. Yusuff still fought, and “Super” Sodiq ultimately celebrated an amazing first-round victory over Suman Mokhtarian, but he was still mourning the loss of a dear loved one.

“It’s been a little bit rough,” Yusuff admitted to Combat Press. “All I’ve been focused on since I got back is family. You gotta appreciate the people that are here, while they’re here.”

Yusuff didn’t publicly reveal his devastating loss until immediately after the fight when he dedicated the victory to his brother in his post-fight speech.

“Before my brother actually passed, he called me, and I didn’t pick up the phone because I was training,” Yusuff revealed.

Lesser men would have immediately left their training camp to reunite with family, but Yusuff had a promise to keep for his mother.

“I really didn’t want to wait until next year to fight, because, earlier this year before I got onto the Contender Series, my mom’s been telling me, ‘I’ve been praying for you, and you’re going to be in the UFC by the time the year is over,’ and I wanted to make her prophecy come true,” said Yusuff. “So I had to have that fight before the end of the year.”

Yusuff was given the same treatment as many other Contender Series alumni: he was essentially thrown to the wolves. His opponent, the aforementioned Mokhtarian, was no easy foe. The Australian fighter came into the bout with an undefeated 8-0 record with seven finishes, including six in the first round.

Yusuff’s early onslaught of punches left Mokhtarian badly hurt. It took just a little over two minutes for Yusuff to dispatch his opponent via a technical knockout.

“I didn’t think he was going to meet me in the middle like he did, but I was very happy that he did,” Yusuff said. “I feel like if anybody in the UFC meets me in the middle, I’ll come out on top.”

“I watched that fight, and it was big motivation,” admitted Yusuff. “After his fight was over, he sent me a message and said, ‘It’s your time, bro. You’re gonna do the same thing,’ and that was super cool. It was the motivation I needed. It’s in our blood. This is natural for Africans. Struggle is in our blood.”

It’s a bittersweet time for Yusuff. He’s still feeling the loss of his brother, but he also has found success in his career and made it to the UFC. Now, it’s time to soldier on.