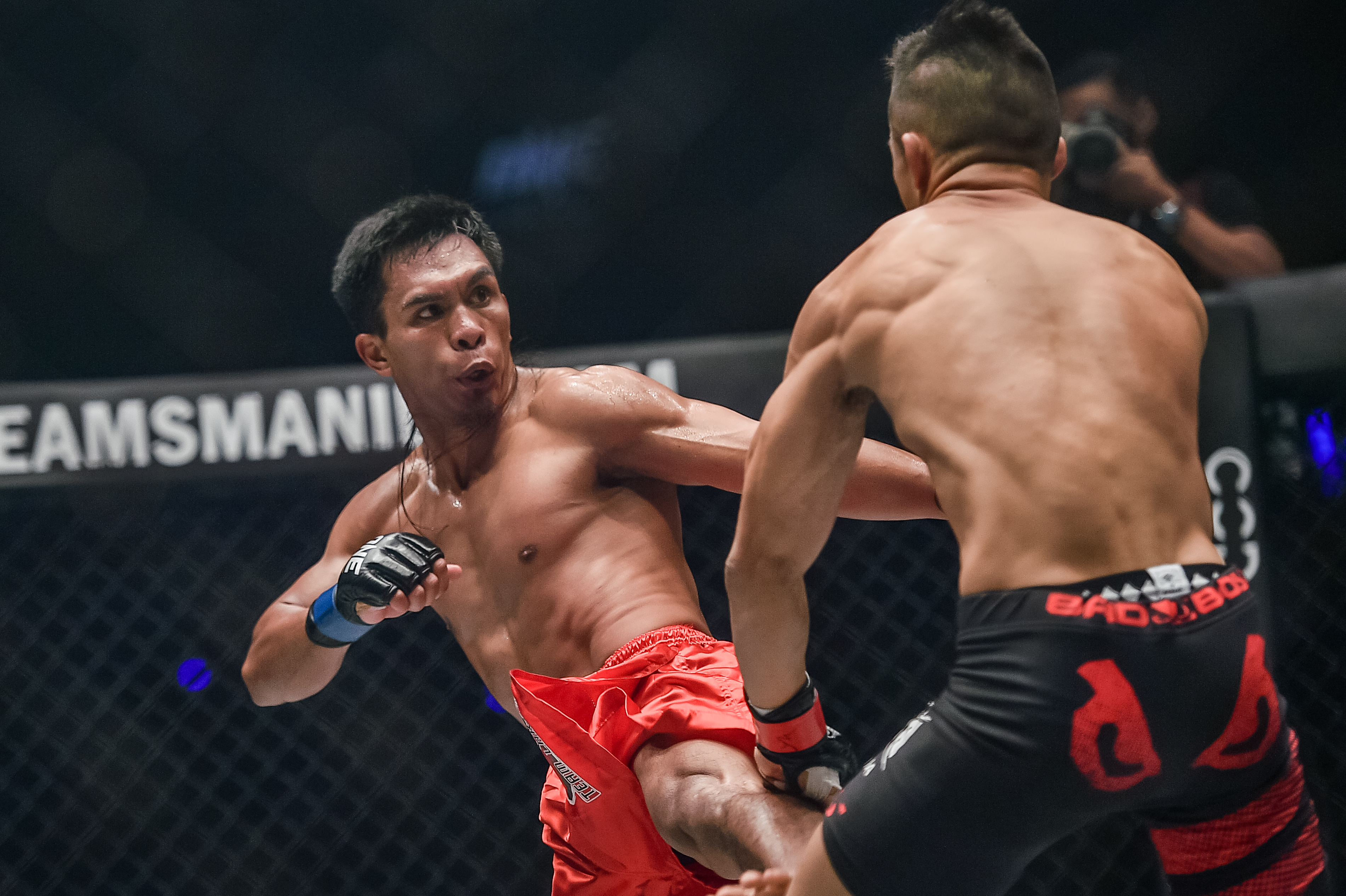 The night’s main event featured a battle of bantamweight champions. Long-reigning ONE kingpin Bibiano Fernandes stepped back into the cage with interim titleholder Kevin Belingon. In their first meeting, Fernandes was able to submit Belingon in the first round at ONE Championship: Dynasty of Champions in early 2016.