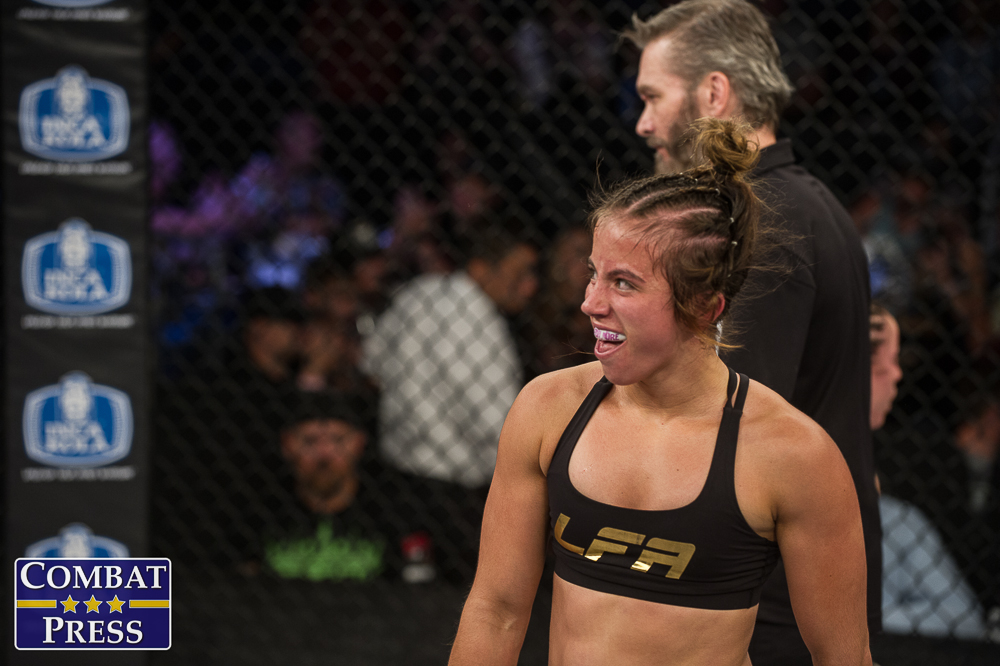 In the night’s main event, LFA veteran Maycee Barber tangled with Contender Series alum Jamie Colleen. Colorado’s Barber had opened her career with four straight victories, while Colleen was hoping her second appearance with the promotion would result in a UFC contract.