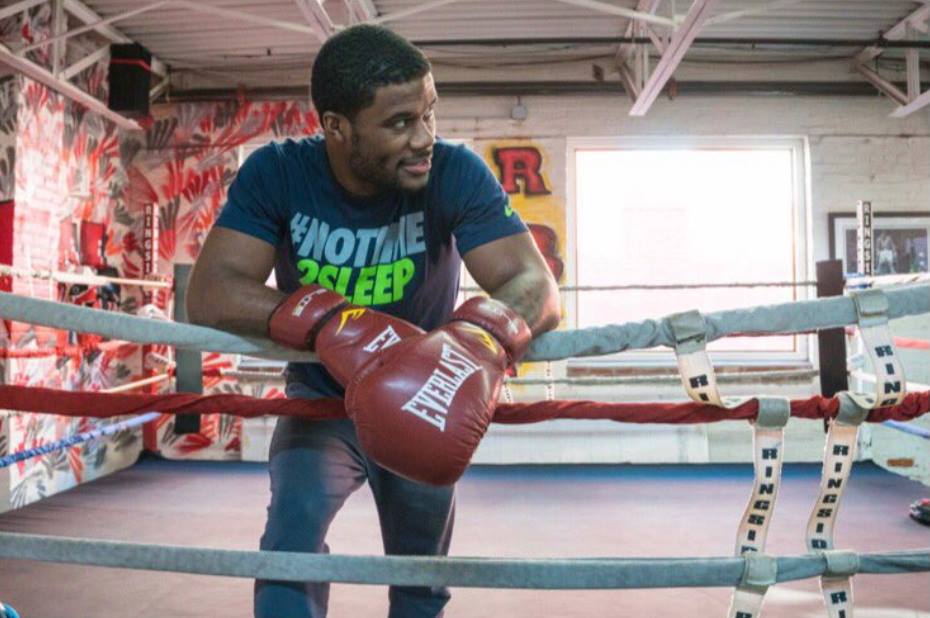 Boxing is full of young, talented prospects. This means an aspiring boxer needs to have something that sets them apart. Otherwise, they’ll just fall in with the crowd. They become just another prospect, rather than a can’t-miss talent. Chordale Booker isn’t just another prospect. He is quickly becoming one of the can’t-miss variety. However, it’s been a long road to this level of success.

“The first time I thought about boxing, I was in middle school,” Booker told Combat Press. “I don’t know the name of the book, but I read a book about boxing, and I was always getting into fights growing up. But there were no boxing gyms around, so the thought just left my mind.

“In high school, I was playing basketball, and I know I wasn’t going to get in the NBA or anything like that, but I love competition and sports. So, as soon as I graduated, I said I’m going to find a boxing gym, and I found one in Sanford, [N.Y.], where I was going to school.”

After finding a gym, Booker was motivated by the competitiveness and challenge the sport of boxing gave him.

“When I first started, it was hard, but it was something that kept me interested in boxing,” said Booker. “The workout was so hard. I was so used to doing basketball. Putting on boxing gloves and doing the jump rope, hitting the bag, [and] hitting the pads was so challenging that I didn’t give up. I kept going to the gym, and that was with guys who were already pro — guys that were good boxers [and] had power. So I was already around guys who were professional fighters, and that kind of motivated me.”

Booker became antsy as an amateur. The success he had found at that stage of his career made him believe a move to the pro ranks was needed.

“Honestly, my first two years, I wanted to turn pro, and my coach was like, ‘Naw, you got to make sure to do it the right way. Don’t just got out there and be like everybody else. You don’t want to be ordinary. You want to be extraordinary,’” Booker recalled. “So, I listened to him. I kept boxing, and he was like, ‘You don’t know everything about boxing and you never will, but you want to get better than what you are right now.’ So I took his word for it.

“And also, when I first started boxing, he had me write down my goals. And my goal was to win Golden Gloves and be the number-one boxer in the country. So, when I said I wanted to turn pro, he pulled that piece of paper out and, in his office, he said, ‘Did you reach any of these goals?’ I was like, damn, I didn’t do either one of them. ‘So, you want to turn pro, but you didn’t do either one of these?’ [the coach asked]. And I was like, ‘Yeah, that’s kinda stupid.’

“So I kept fighting, and in 2015, five years later, I accomplished that goal. I won the New York Daily News Golden Gloves and I was the number-one boxer in the country and then I got the opportunity to be in the Olympic trials. So, I just fought in the Olympic trials and turned pro after that. I had to reach my goals like I set out to do.”

The move to the professional level is a pivotal moment for any boxer. It can be an emotional one, because of all the time put in to finally get to this point. Booker, however, handled the move up in a very low-key manner.

“I didn’t feel much emotionally turning pro,” he admitted. “I had 130 amateur fights, so the fight part — the emotional part of the fight — was still the same. I’d say the biggest part I felt was inside the ring. Amateur is like, ‘Let me win the fight.’ Boxing in the pros is, ‘I want to hurt this dude.’

Booker’s professional debut, which came in March 2016, was a success. He scored a second-round knockout over Antonio Allen at the Sands Event Center in Bethlehem, Pa. The transition to the different feel of the gloves, no headgear, and the need to be a tactician was going smooth. There were no nerves. He was handling the competition with ease. Then, the nerves did come.

It was October 2017, and the level of Booker’s competition increased significantly.

“My second-to-last fight, I fought a guy Malcolm McAllister,” said Booker. “He was 9-0 with eight knockouts, and he won national Golden Gloves — I didn’t national. So, that was an actually 50/50 fight, and I always have nerves, but it’s nerves that I want to perform well [and] that I want to win, not nerves like, ‘Ugh, I’m going to lose,’ or anything. That fight was where my nerves were most heightened, because this guy has power [and] he won Golden Gloves, so he’s on the same level as me, so I have do everything correct.”

The fight with McAllister went to the scorecards. It had been a back-and-forth battle between two young prospects who brought out the best in each other. In the end, Booker did enough to take the decision. He stayed undefeated.

More recently, Booker helped Jarrett Hurd prepare for his title-unification bout with Erislandy Lara. Hurd went on to take a narrow decision in the April contest.

“I reached out to Hurd. He didn’t even reach out to me,” said Booker. “I had commented on one of his posts when he was getting ready to fight [Austin] Trout, and his coach made a comment like, ‘We would like to have you come by.’ So when he’s getting ready for Lara, who’s also a southpaw, I told him I would love to do that. He gets a southpaw that he needs, and I get to spar with a world champion — great learning experience for me.

“I am actually going to go back to spar again. I’m trying to get everything I can out of this. I’m just putting myself out there. If he would’ve said [he doesn’t] need help, fine. I’m just trying to be the best that I can be, so I want to get in the ring with the best. I do this because I love it and I want to go down… I want to be legendary. I want to be a part of history.”

To be a part of history, Booker will have to continue to improve and win fights. His next opportunity to do so comes on April 21 on the undercard of the Adrien Broner-Jessie Vargas fight, where Booker faces Daniel Calzada, a veteran of over 30 fights.