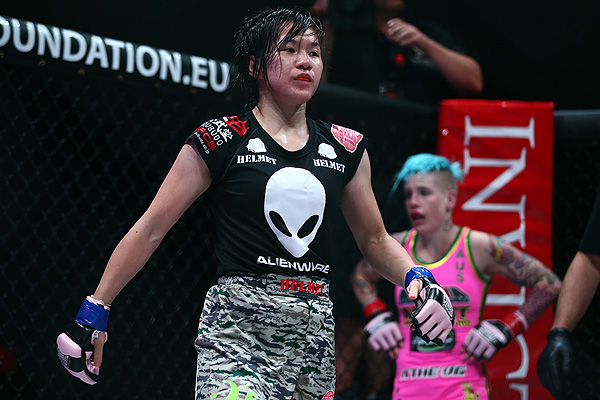 The fight card for Invicta FC 28 has undergone multiple changes.

The event, which marks the promotion’s first visit to Utah, takes place Saturday, March 24 from the Union Event Center in Salt Lake City. The card will stream live on UFC Fight Pass at 6 p.m. MT.

Last week the promotion revealed that Brazilian Janaisa Morandin had been forced out of the night’s main event. Taking her place against undefeated submission specialist Virna Jandiroba will be Japan’s Mizuki Inoue. The pair will battle for the vacant strawweight belt.

Inoue’s original opponent, UFC veteran Milana Dudieva, will no longer drop down to 115 pounds, instead clashing with The Ultimate Fighter 26 cast member Christina Marks in a flyweight contest. Prior to appearing on the reality show, Marks had won three straight bout, but fell to Montana de la Rosa at the TUF Finale in December. She will be making her promotional debut.

Also, as a result of the changes, the flyweight match-up between former title challenger DeAnna Bennett and Mexico’s Karina Rodríguez has been elevated to the co-main event.