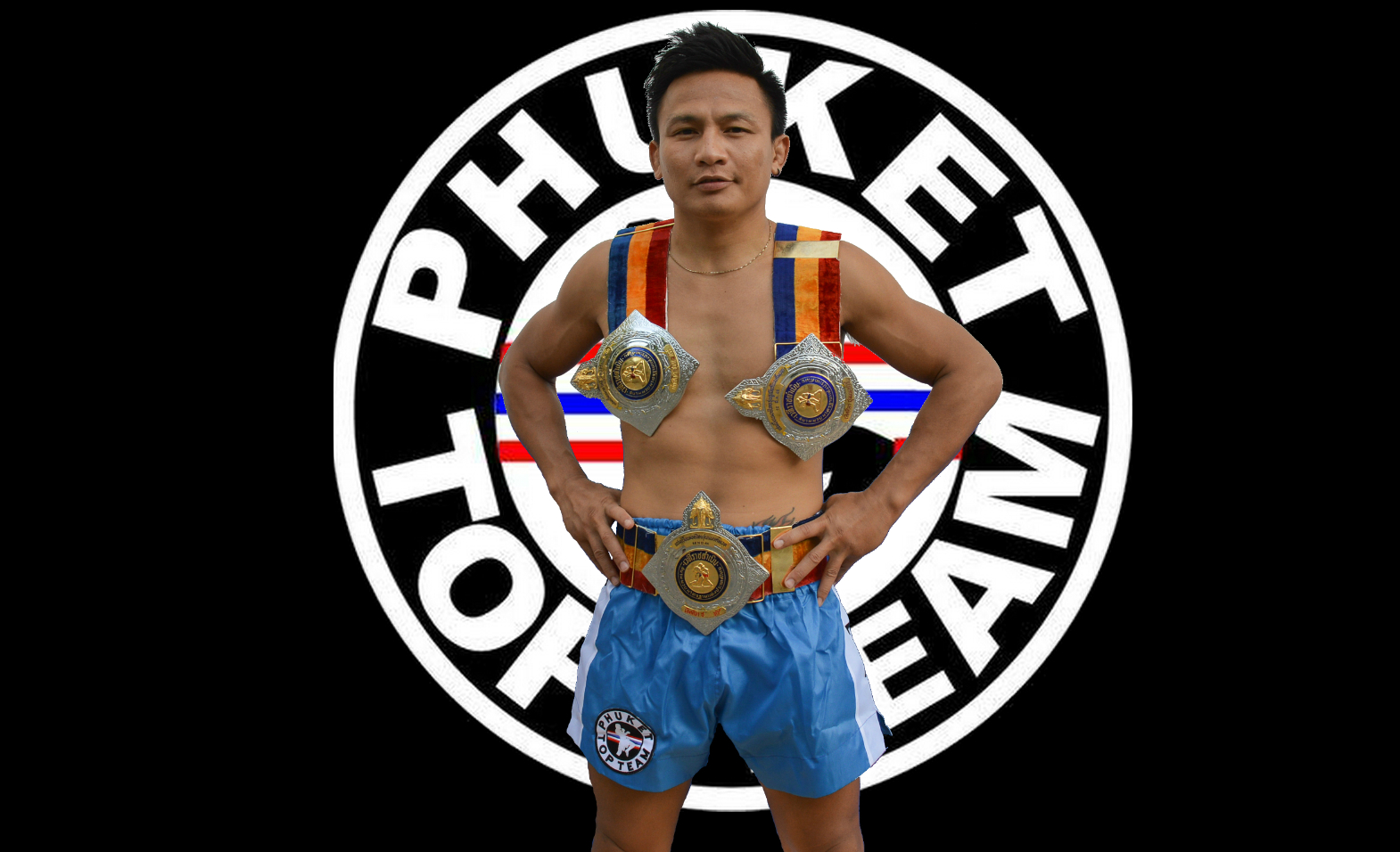 Muay Thai Star Lerdsila: The Journey to America and What’s Next for ‘Mr. Lightning’

Opening the doors to Prime Muay Thai & MMA in Lisle, Ill., you’ll hear a familiar thud. The sounds of Brazilian Jiu-Jitsu students working on their throws and trips resound through the family-run gym. However, there’s another thud. It’s much louder and stands out from the rest. The thuds emanate from a series of thunderous kicks landing against a heavy bag. The man throwing these kicks might be small in stature, but he’s a giant in the world of Muay Thai.

Lerdsila — or “Mr. Lightning,” as American fans have come to know him — is in town for a seminar. It’s another stop on his American tour that includes multiple seminars and a recent fight for Lion Fight Promotions. At Lion Fight 40, Lerdsila emerged victorious via unanimous decision against Alexi Serepisos to capture the organization’s lightweight title.

“It feels good to fight in America, and it’s nice to have an American audience,” Lerdsila, with assistance from his interpreter and manager Boyd Clarke, told Combat Press.

The Thai fighter made a huge splash in his Lion Fight debut last year. After a series of fighters dropped out of his scheduled bout, the promotion matched him up against MMA fighter Jacob Hebeisen. The fight went as expected, with Lerdsila dominating much of the action. While the flow of the fight may have been predictable, the ending was certainly not.

Lerdsila is one of the few Thai fighters that seem to be able to easily connect to North American audiences. Similar to Muay Thai legend Saenchai, Lerdsila brings a traditional Thai style with some flash sprinkled in. With well over 200 fights and a few years away from turning 40, “Mr. Lightning” still has plenty of flair to showcase to the North American audience.

“You know, he’s 38 now. The way he wants to fight now is even more elusive,” Clarke said as Lerdsila nodded in approval. “It’s not like he wants to be getting hit now — not that you want to get hit when you’re younger either. But at 38, he wants to show more of that style. Elusive and smart.”

Finding Muay Thai records can be a challenging task. Figures tend to differ depending on what outlet one uses. Regardless of the number of wins or losses you find for Lerdsila, all of the sources have him well north of 200 professional contests. That’s not including all the hours spent in a gym training since he was a young child up until this point in his life. With so many fights and time spent in a Muay Thai gym, it’s amazing that Lerdsila still competes at such a high level in the ring.

“Now, his main motivation is, he’s building a house for his mom and dad at home,” Clarke said. “His motivation is to get money to help his family. When he was 20 years old, he was making the same amount of money he is now. In between 20 and now, there were fights and such, but there’s been two peaks in his career. But at 20, you don’t do the right things with your money — he’d party and enjoy life. But now he’s saving money and giving to the family.”

The ability to help parents is a common narrative we’ve seen throughout professional sports. However, Lerdsila may have not been able to write such a narrative for himself if his parents would’ve had their way.

“First, my mom and my dad tried to stop me from fighting,” Lerdsila said. “It’s only me — I have no brothers or sisters. They were worried about me getting hurt. But now they’re happy. I went to Bangkok and fought against a champion and made a lot of money. They were OK with it then.”

As Lerdsila continues to compete outside his homeland of Thailand, new scoring rules and travel times have only been part of his adjustment to western culture. The ability to speak English has become paramount for foreign athletes to succeed in America. It’s not a “We speak English here” type of mentality, but when foreign fighters are able to convey their thoughts in a language that most fans understand, it helps them become more relatable to the fanbase. However, as Lerdsila and his team explained, learning English is much more than a marketing tool.

“Now his English is good,” Clarke said. “With that, there comes a level of confidence. He lived in Los Angeles for three years and he didn’t speak good English, because there were Thai people everywhere [and] he didn’t have to speak English. But now, with these seminars, he’s starting to realize people are understanding what he’s saying. It means a lot to be able to say what you feel and have someone understand it.”

Lerdsila pointed out that learning English was something he chose to learn rather than felt compelled to undertake.

“Before, I didn’t think English was important, because I fought in Thailand so I spoke Thai,” Lerdsila said. “But now I’m fighting outside of Thailand more. I understand English is important. I was training one of my students, and I said, ‘OK, I’ll teach you Muay Thai, but you teach me English.’”

Beyond understanding English to teach the art of Muay Thai, the ability to socialize with others outside of the gym is a major advantage for Lerdsila while in America. It’s not uncommon for Thai fighters to give abbreviated responses when speaking to foreign media. Reserved as they may be with media members, many of these same quiet fighters can be found with the biggest smiles and loudest laughter when out with friends. Lerdsila is no exception.

“He’s really social. In the gym, he’s quiet, but outside of the gym he wants to go drink beer, eat food and socialize with people,” Clarke said as Lerdsila smiled at the prospect of going out for a few rounds. “It’s the Thai way. He doesn’t like doing things alone. He wants to sit down and socialize with everyone.”

Despite a Lion Fight title around his waist, Lerdsila’s future isn’t certain. He can continue to defend his championship in the American promotion, but there are plenty of opportunities for the Thai across the globe. One of those opportunities is in ONE Championship’s new kickboxing league. The premier Asian MMA promotion recently announced that it is starting a kickboxing league under the ONE banner. Clarke stated that Lerdsila agreed to a one-fight contract, the same offered to everyone else, to compete in the ONE kickboxing ring. The roster of fighters reportedly signed to the organization is a staggering list. Clarke made it clear Lerdsila has no intentions of calling anyone out. Still, there is one fighter who has come up in conversation as a prospective opponent.

“He doesn’t watch much Muay Thai now,” Clarke said of Lerdsila. “He started at 7 and he’s still doing it at 38. He’s not looking at the guy who is supposed to beat him. But there is a guy in Japan — Tenshin [Nasukawa] — that would be interesting. He fights only in Japan, and he’s like 40-1 in Muay Thai and kickboxing. He’s very Japanese pop culture, with the hair, and he’s a good-looking kid. He just beat a Thai, a good Thai. When [Lerdsila] saw that, he said, ‘Oh OK, that could be interesting.’ But really, whoever wants to pay good money. There’s nobody he wouldn’t want to fight. That I know for sure.”

As his future in the ring sits in a holding pattern, the exciting Thai fighter has been traveling across the country to teach Muay Thai in a series of seminars. Many casual combat-sports fans probably weren’t aware of Lerdsila before last year’s emphatic knockout, but the amount of interest shown in having “Mr. Lightning” stop by hasn’t been the only impressive thing he and his team have noticed.

“We’ve been pretty happy that so many gyms have shown an interest,” Clarke said. “My perspective of American Muay Thai is, it’s hard to be known here as a Thai unless you live here. Like, everyone knows Jo [Nattawut] here, but in Thailand nobody knows him. That’s no disrespect to him, of course, but the Thais known in Thailand are way up there, and it’s hard to get known here. We were impressed that people I don’t know, never had a connection with them, have reached out. The seminars have all been pretty full. So, I’d guess you’d say we were impressed and happy to see American Muay Thai knowledge continue to grow and want to learn more about the Thai guys.”

As the legend of “Mr. Lightning” continues to grow, fans will undoubtedly anticipate Lerdsila’s next performance. No matter the ring he steps into, it’s become clear that he is undoubtedly must-see TV for Muay Thai and kickboxing fans.