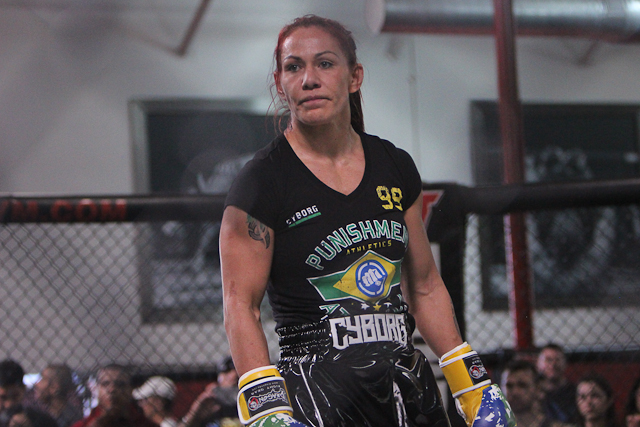 EA Sports’ newest entry into the world of mixed martial arts dropped one week ago on Friday. UFC 3 has been received with a mix bag of reviews thus far.

Like many MMA fans, I’m a gamer. I love me some good ol’ fashioned Playstation 4 time. If Xbox One is your thing, that’s OK too. And like millions of MMA fans — OK, maybe hundreds of thousands of fans is more accurate — I preordered my copy of the latest installment of the EA Sports combat-sports franchise.

After logging a good 20 hours of gameplay, I think the game holds up great. The new reanimations are innovative, and quite frankly there were many times when I found myself on the edge of my seat waiting for a flash knockout.

So, all this sounds good, but this isn’t a video-game website and although the newly restyled gameplay is engaging, I did notice a major omission from this year’s entry into EA’s catalog.

That’s right, every other division is represented in UFC 3, except the newly formed women’s 125-pound division, which is understandable given the timing of the initial launch of the game. However, the women’s featherweight division was already in place when this game was in its development phase, and the glaring absence of the 145-pounders sure speaks volumes.

Cristiane “Cyborg” Justino is in the game, as are Holly Holm and Germaine de Randamie, but these women are all listed as bantamweights.

So what does that say about the UFC’s plans for the women’s featherweight division going forward?

All the female featherweight fighters signed to the UFC should start looking for a new promotion to fight under or think long and hard about dropping down to the women’s marquee collection of fighters at 135 pounds.

Perhaps Cyborg’s comments about potentially joining Bellator really did rub UFC President Dana White the wrong way. Did White get ahold of EA Sports and have them squash the whole division at the 11th hour? Probably not, but it’s not outside the realm of possibility. More likely, the UFC finally realized there is just not enough UFC-level talent currently to support an entire women’s division at 145 pounds.

Again, the gameplay in UFC 3 is incredible. The replay value is literally endless. The new real-time physics-based movement shines from the very first fist bump. The newly restyled career mode adds a social-media experience. Overall, EA Sports did a fantastic job with the game. Sometimes a new release in a sports franchise can feel like a lazy update of the previous year’s game. Nothing could be further from the truth here.

Besides the absence of the women’s featherweight division, UFC 3 is damn near flawless. If I were rating this game on a 10-point scale, it would earn a 9 out of 10.