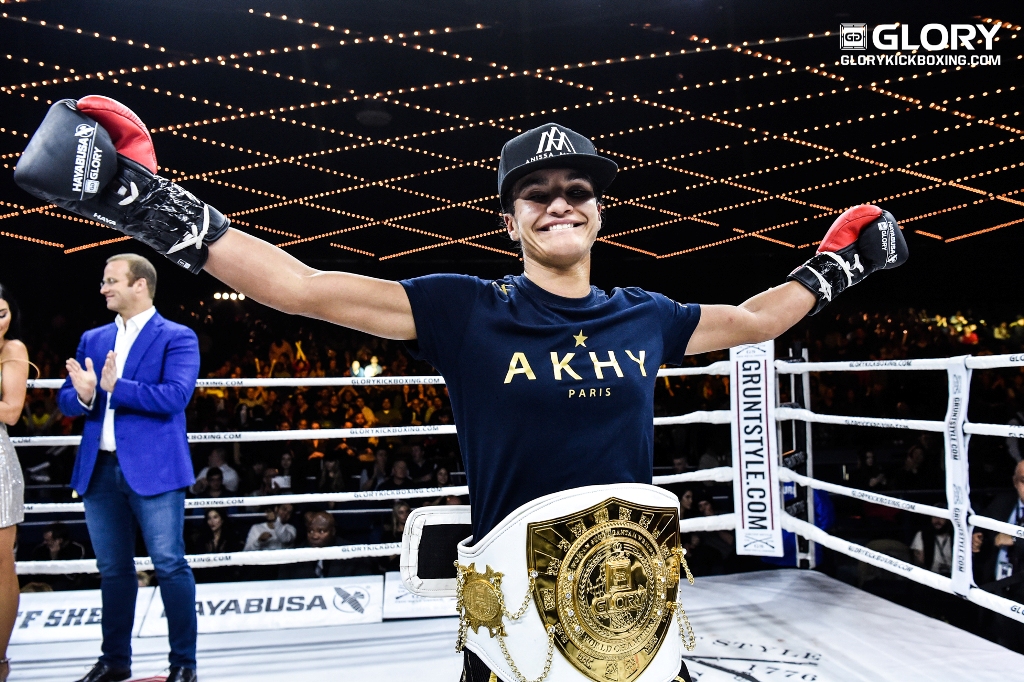 It was a busy weekend in the world of MMA. Bellator contributed an event on Friday and the UFC held shows on back-to-back days.

The UFC’s offerings kicked off with The Ultimate Fighter 26 Finale on Friday evening. While the reality series was set to feature a finale showdown between Nicco Montaño and Sijara Eubanks, the inaugural UFC women’s flyweight title fight ended up featuring Montaño and Roxanne Modafferi after Eubanks experienced severe struggles in her attempt to make the 125-pound limit. Of course, a title victory for Modafferi would have been an incredible storyline, but Montaño was able to overcome the late-replacement veteran and score a unanimous decision for the win.

Montaño, who beat Lauren Murphy, Montana Stewart and former Invicta FC flyweight champ Barb Honchak en route to the finals, was a dark horse with a 3-2 record heading into the TUF tournament. The 28-year-old had even lost her last pre-TUF fight to Julia Avila in January. After wins over Honchak, Murphy and Modafferi, is she really a legitimate member of the elite? Will she be able to make even one successful defense of her strap?

Many of the remaining TUF 26 contestants were granted opportunities to shine at the finale event. The aforementioned Murphy took full advantage of her short-notice spot on the card as a replacement for the promoted Modafferi in a match-up against Honchak. Murphy came away with a split verdict in the contest. Other TUF 26 alum to pick up victories at the show included Montana De La Rosa (formerly known as Montana Stewart), Rachael Ostovich-Berdon, Shana Dobson and Gillian Robertson. Meanwhile, DeAnna Bennett and Melinda Fábián fought to a majority draw.

On Saturday, the stacked UFC 218 lineup took center stage. It delivered, too. Max Holloway scored another technical knockout over José Aldo in a successful defense of his UFC featherweight championship. The action didn’t stop there, though. Francis Ngannou almost decapitated his opponent, Eddie Alvarez and Justin Gaethje came through with an entertaining war, and the unlikely duo of Yancy Medeiros and Alex Oliveira delivered a “Fight of the Year” contender on the preliminary card.

Holloway now has two convincing victories over Aldo. It’s clear that the Hawaiian is developing into one of the best pound-for-pound fighters of the present day. Aldo’s still young and he won’t lose to 99 percent of the featherweights out there, but Holloway has definitely surpassed him as the best featherweight in the world.

Ngannou is a beast. The power in his knockout blow snapped Alistair Overeem’s head back with such viciousness that it looked as if the up-and-comer might have decapitated his opponent. Ngannou is the most promising of the new wave of heavyweight prospects, and a title showdown between him and champion Stipe Miocic is definitely the most compelling heavyweight bout the UFC could make right now.

Alvarez and Gaethje didn’t disappoint in their back-and-forth affair, but they sure were one-upped by the combination of Medeiros and Oliveira. It’s incredible that Medeiros remained in the fight and eventually won after all the big blows he endured early in the prelim contest. Medeiros is now undefeated through three fights as a welterweight. Maybe he can really excel at 170 pounds, as compared to 155.

UFC 218’s main card also included key victories for Tecia Torres and Henry Cejudo. Torres looked strong on the feet in her decision nod over Michelle Waterson. Cejudo used a combination of wrestling and boxing to top Sergio Pettis via a unanimous decision.

The women’s flyweight division wasn’t the only one showcased this weekend. Julia Budd took to the Bellator cage on Friday night and eked out a split verdict over Arlene Blencowe to retain the Bellator women’s featherweight title. Budd is one of the best 145-pounders out there, but she’s now barely edged Blencowe on the scorecards on two separate occasions.

The regional scene was a bit thin this weekend. Grady Hurley’s scheduled Summit FC 25 bout against Andy Uhrich was scrapped, but Aaron Highbaugh and Cameron VanCamp did lock horns at Colosseum Combat XLII in Indiana. Highbaugh entered the fight as the unbeaten rising prospect, but VanCamp scored the second-round stoppage via strikes to hand Highbaugh his first pro loss.

GLORY 48 took place on Friday in New York. Two titles were on the line and a participant in the next middleweight contender tournament was crowned.

In the night’s main event, Kevin VanNostrand captured the interim featherweight title with a first-round knockout of Anvar Boynazarov. VanNostrand had to fight through a knockdown in the early moments of the fight, but he survived and scored his own knockdown, a beautiful knee to the liver that turned out to be the fight-ending blow.

In the marquee match-up on the fight card, the world’s No.1-ranked female kickboxer won the GLORY super bantamweight title in a closely contested bout against Tiffany van Soest. Anissa Meksen was just a little better with her kicks from the outside. Van Soest tried to make it a gritty fight inside, but Meksen’s supreme technical ability pulled her through as she unseated the champion.

Robert Thomas earned a spot in an upcoming middleweight contender tournament after scoring big victories over Wayne Barrett and Mike Lemaire in the qualification tournament. Thomas edged out Barrett to erase an earlier career loss to the former top-10 middleweight. Thomas then went on to absolutely dust Lemaire with an overhand right in the second-round of the tourney final.

Elsewhere on the card, former UFC fighters Thiago Silva and Chris Camozzi impressed in their professional-kickboxing debuts. Camozzi dominated from the opening bell until the referee mercifully stopped the contest. According to the strike stats, Camozzi outlanded Kyle Weickhardt, 126 strikes to just four. Meanwhile, Silva showed off his boxing ability in a clean sweep of the cards against fellow former MMA fighter John King.

Saturday was a bittersweet night for the sport of boxing. On one hand, HBO featured a great night of fights. But on the other, we saw the retirement of Miguel Cotto. It wasn’t a fairytale ending for the Puerto Rican, who lost a unanimous decision to Sadam Ali to end his illustrious career. Cotto, a 17-year professional, ended his run with 41 victories. From his first professional win back in 2001, Cotto was a fan-favorite. He went on to capture several world titles and beat the likes of Antonio Margarito, Zab Judah and Shane Mosley.

The upset puts Ali on track for an even bigger 2018. He quickly enters the 154-pound picture after winning the WBO title from Cotto.