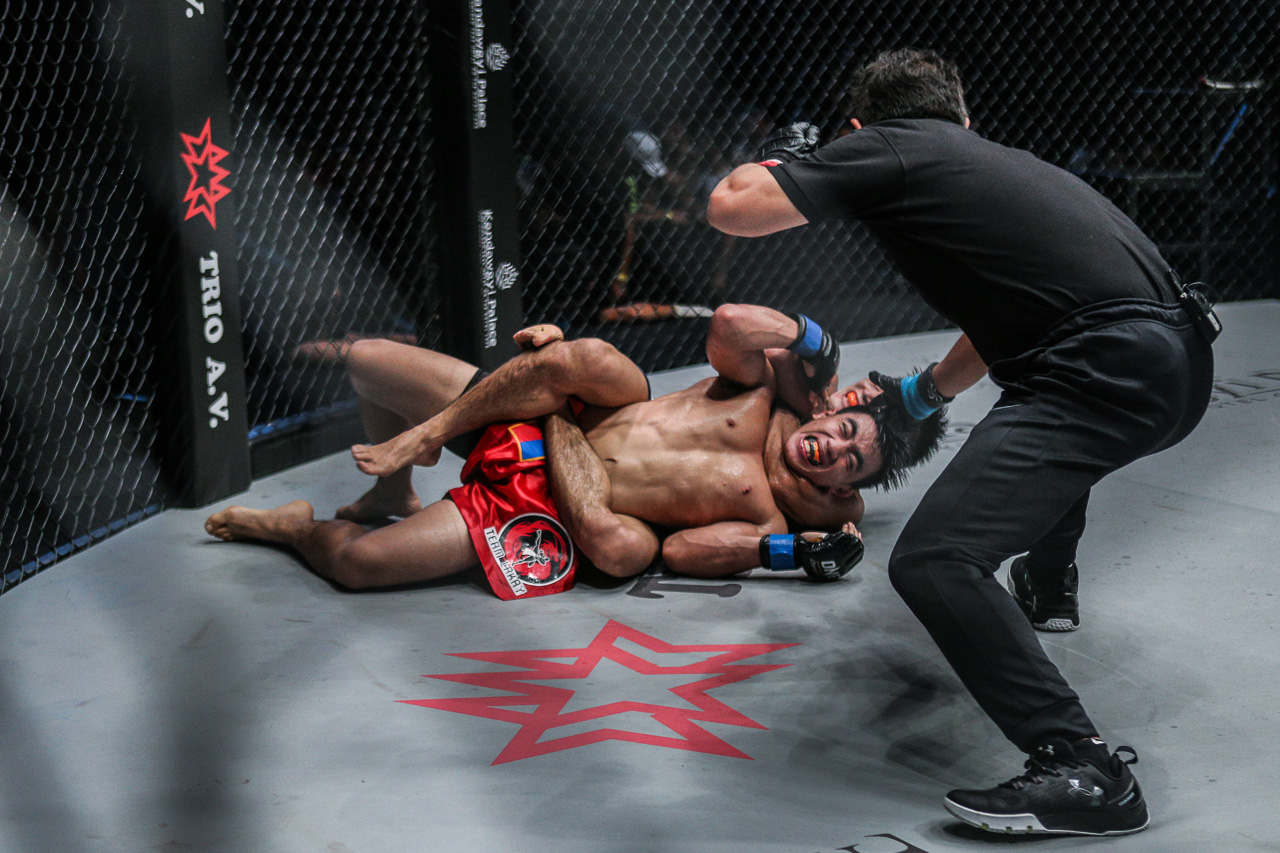 ONE Championship: Warriors of the World Preview and Predictions

Lightweight contender Shannon Wiratchai has won six straight and could be on the verge of a title shot if he picks up an impressive victory over Russia’s Rasul Yakhyaev in the evening’s co-main event.

Yoshitaka Naito makes the second defense of his strawweight title. Is Alex Silva the man to hand him his first career loss, or is Naito clearly the guy to beat in the strawweight division?

Naito, 33, trains out of Paraestra Matsudo in Chiba, Japan, with the likes of Shooto world champions Hiromasa Ogikubo and Ryohei Kurosawa, Shooto legend Ryota Matsune, prospect Kanna Asakura, and ISKA world champ Tenshin Nasukawa. The Japanese fighter is unbeaten in his career with 12 victories and seven stoppages, including six wins by way of submission. The former Shooto world champion made his ONE debut with a huge victory over previously unbeaten ONE titleholder Dejdamrong Sor. Amnuaysirichoke. “Nobita” added to his debut performance with a submission victory over Filipino Joshua Pacio in the first defense of his title at ONE Championship: State of Warriors in October 2016.

Naito returns to the cage for the first time in over a year against the No.1 contender Silva. The 35-year-old Silva began training in martial arts as a kid. Inspired by the grappling of Royce Gracie, Silva turned his passion to Brazilian Jiu-Jitsu. After multiple regional and national tournament wins in Brazil, Silva moved on to MMA. The Evolve MMA athlete has competed in MMA since 2011 and holds a record of six wins with one loss. Silva lost his ONE debut against talented striker Geje Eustaquio. However, the Brazilian has won his last five fights, all by way of submission. Silva submitted previously unbeaten Japanese prospect Hayato Suzuki in his most recent outing at ONE Championship: Legends of the World in November. The first-round armbar finish pushed him forward as the next challenger to Naito’s title.

Naito is a well-rounded fighter who needs some time to warm up and get into the fight. Primarily a grappler, he uses his incredible durability and toughness to wade through his opponent’s attacks and force them into his fight. He’s widely regarded as the best strawweight in the world. Naito disposed of Shooto champs Shinya Murofushi and Yuki Shojo, former multiple-time title challengers Junji Ito and Ryuto Sawada, and Shooto Infinity league winner Tadaaki Yamamoto. Naito’s last five fights have been scheduled for five rounds. He uses the championship rounds to drown his opponents in a pace that they cannot sustain for 25 minutes. He breaks his opponents down with grinding top control, sustained ground-and-pound, and excellent, high-percentage submission attacks.

Silva presents a few issues before the championship rounds, however. The high-level grappler is very dangerous off his back, a position that has led him to catch beautiful armbar submissions against Roy Doliguez and the aforementioned Suzuki. Silva is a good top-control grappler as well, but due to his stature, he tends to be out-muscled against larger, athletic fighters. Naito will be the larger man on fight night, but he isn’t actually blessed with blazing speed. Silva does a good job of switching between his striking and grappling, but his wrestling game can be thwarted when he telegraphs his shot from the outside. He finds the most success when he times his right hand and ducks under his opponent’s return to complete his takedown.

Silva’s striking is improving under the plethora of Muay Thai coaches at Evolve MMA. However, Naito is fairly skilled at fighting from the outside and using his movement to stay just beyond his opponent’s striking range. Silva doesn’t possess the leg kicks that helped Dejdamrong force takedown attempts from Naito in their championship bout. If Silva wants to approach the fight in an aggressive manner like he has in the past, then it could lead to him getting taken down or bested on the feet. If he is taken down, Silva will be at home working for submissions from the bottom. Naito does a great job of smothering his opponents from the top, which can negate potential submission attempts, but Silva is a far better submission fighter off his back than anyone Naito has faced in his entire career.

The x-factor in this fight is Silva’s ability to catch a submission from the guard. If Naito is content to sit in the guard and win rounds, then Silva won’t need much space to force the tap. His lightning-quick armbar set-up is a split second away, should Naito make a mistake from the top. Naito is the better, more well-rounded fighter, but Silva’s ground game makes this a much closer fight than it is on paper. Expect Naito to show off his insane durability on the way to his second title defense, but don’t be surprised if Silva is able to pull off the major upset by submission.

The hometown fighters are well represented in the promotion’s return to Thailand. Former Lumpinee stadium champions Dejdamrong Sor. Amnuaysirichoke and Sagetdao Petpayathai join WBA super featherweight world champion Yodsanan Sityodtong, lightweight contender Shannon “One Shin” Wiratchai, and rising prospect Rika “Tinydoll” Ishige on this fight card from Bangkok. Who has the most to gain with a win on Saturday?

Of the five fighters, Dejdamrong is the only one to hold a title in MMA. The former ONE strawweight champion won six straight fights to begin his career. Following back-to-back setbacks against Yoshitaka Naito and Joshua Pacio, he won his two most recent fights against Adrian Matheis and Robin Catalin, both of whom succumbed to a knockout in under two rounds. Dejdamrong looks to return to title contention against former title challenger Riku Shibuya. The exciting Japanese fighter has 14 wins between his pro and amateur careers. Shibuya has had some wild highlights in Japanese promotion The Outsider. Dejdamrong is the superior striker and his continued improvements on the ground should be enough for him to pass this tough challenge.

Wiratchai, 29, has won his last six fights, including outings against top contender Amir Khan, Malaysian star Peter Davis, and former Super Fight League titleholder Rajinder Singh Meena. Wiratchai is a well-rounded fighter who has a knack for landing the fight-finishing blow — six of his eight wins ended inside the distance. Wiratchai faces a stiff test in his next outing against Absolute Championship Berkut mainstay Rasul Yakhyaev. The Russian fighter has hit a roadblock with losses in his past three fights, but he is a skilled fighter who presents some potential problems for Wiratchai.

Ishige is a rising prospect who trains out of Tiger Muay Thai. The 28-year-old won her first two bouts in the circular cage against Audreylaura Boniface and Nita Dea. She fell short against undefeated Filipino fighter Jomary Torres in his most recent fight at ONE Championship: Kings and Conquerors in August. “Tinydoll” has shown an ability to run through her competition as she begins her MMA career, but it is still too soon to know exactly how her career will unfold. Ishige is tasked with welcoming the Philippine’s Rome Trinidad to ONE Championship.

Highly skilled strikers Petpayathai and Sityodtong have already shown off the striking in the cage that made them world champions in their respective combat sports. The former boxing world champion Sityodtong has won three of his four bouts in MMA, and he scored stoppages in all three of those victories. The 43-year-old takes on Indonesian kickboxer Dodi Mardian in what is another winnable bout. Former Rajadamnern and Lumpinee stadium champion Petpayathai, 30, has raddled off two straight wins to begin his MMA career. He knocked out Kelvin Ong and Mahmoud Mohamed in the first round to fuel some of the hype behind one of the best Muay Thai fighters to ever step foot inside the cage. Petpayathai takes on Filipino striker Jimmy Yabo, who is currently on a three-fight skid.

All five of the match-ups for the Thai fighters on the card are favorable, which should lead to some incredible performances and finishes. Dejdamrong will put himself back into title contention in the strawweight division. Wiratchai is one big win away from fighting for the title in the competitive lightweight division. Petpayathai will score another big knockout win, Ishige returns to the win column with a submission, and Sityodtong picks up another highlight-reel victory in front of the Thai faithful.