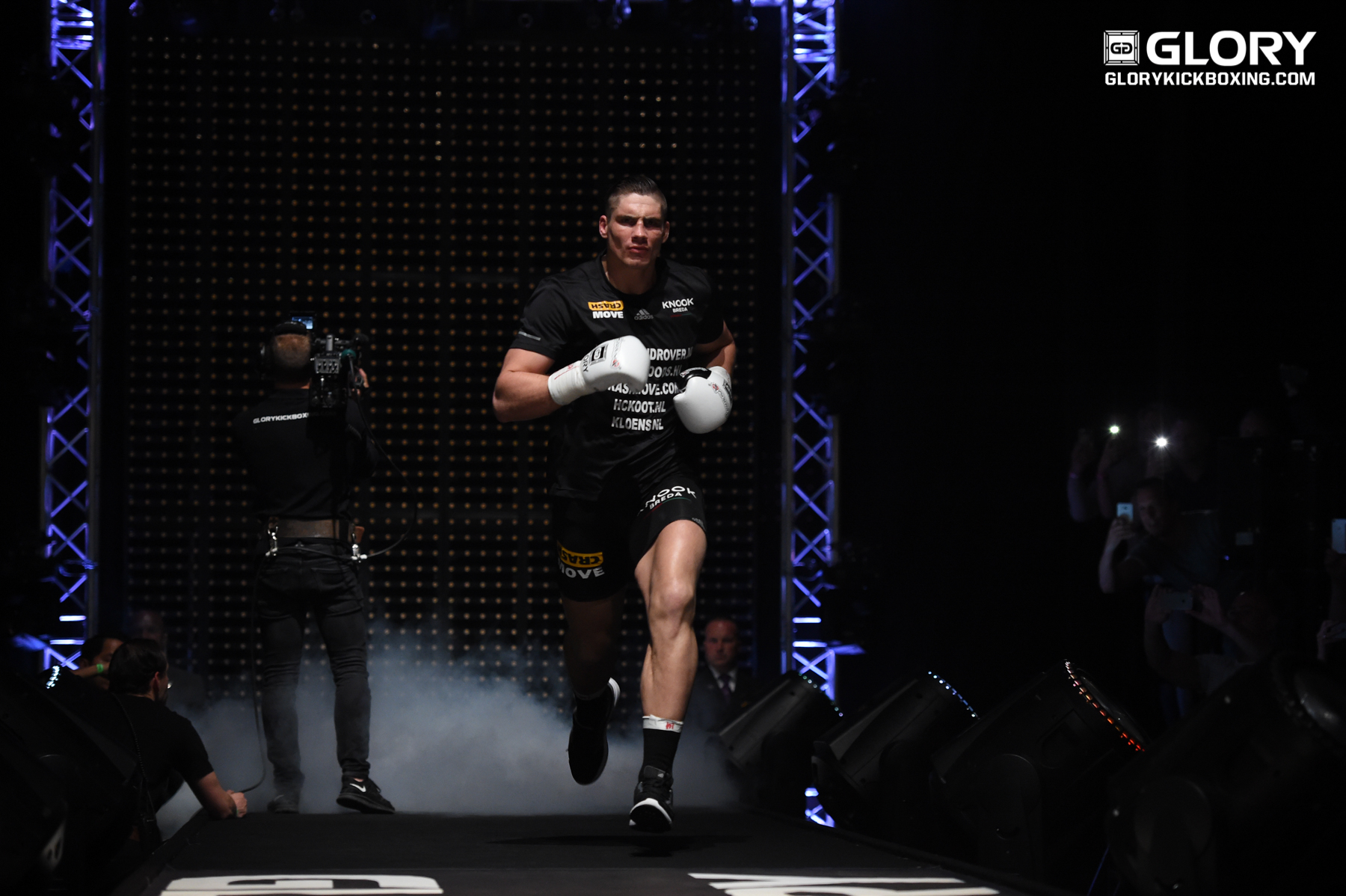 If Rico Verhoeven Gets ‘Redemption,’ What’s Next for the GLORY Champion?

He’s the GLORY heavyweight champion. From “The Prince of Kickboxing” to “The King of Kickboxing,” Rico Verhoeven has earned quite a few accolades throughout his career. But one question surrounds the star kickboxer: What’s next?

The Dutch kickboxer has been with GLORY since 2012. He has become arguably the promotion’s biggest star. After defeating a number of kickboxing legends, including Gökhan Saki, Daniel Ghita and Peter Aerts, Verhoeven captured the GLORY heavyweight title. It’s a belt the heavyweight fighter has yet to relinquish through five title defenses. He’ll look to make it six-for-six next month when he faces Jamal Ben Saddik in the main event of GLORY’s Redemption pay-per-view.

It’s a fitting title for the heavyweight clash. Ben Saddik owns a victory over the GLORY heavyweight champ from their 2011 meeting. Still, Verhoeven will undoubtedly be a heavy favorite come fight night. He’s looked nearly unstoppable during his GLORY run. His run of dominance through the division has left little question as to his status as the best heavyweight kickboxer in the world. Yet, with each title defense and each superfight win, the challenge of finding interesting match-ups for Verhoeven gets harder and harder.

GLORY used Verhoeven’s status at kickboxing’s top heavyweight to set up perhaps the biggest fight in the company’s history last year, a showdown with the legendary Badr Hari. The fight provided an atmosphere that hasn’t been witnessed by GLORY fans in quite some time. Fans went from spectators to ringside personnel, rushing to surround the ring. The fight ended up having a somewhat inconclusive finish, though. Some felt Hari was winning the early exchanges until a broken arm caused a halt to the action. With a potential rematch far from a sure thing, given Hari’s issues beyond the ring, GLORY featured its heavyweight star in a pair of showcase fights against Ismael Lazaar and former UFC contender Antonio “Bigfoot” Silva.

Set to defend his GLORY belt for the first time in over a year, Verhoeven’s kickboxing career is in a strange predicament. He recently re-signed with GLORY in what the promotion called a 360-degree deal, meaning fans can expect to see Verhoeven under the GLORY banner for the foreseeable future. However, he’s quickly running out of worthy adversaries.

Should Verhoeven defeat Ben Saddik next month, the top three heavyweights would all have a loss to the current champion and the rest of the pack have done little to make a case to become the man to remove Verhoeven from the heavyweight throne.

So, if there’s nothing left for him inside the kickboxing ring, how does GLORY utilize its prize fighter? The details surrounding GLORY’s new deal indicate Verhoeven will be used as an ambassador for the GLORY brand overseas. It makes sense: use your talented star as the posterboy for the promotion. He’s still young, has a marketable look, and fights out of the kickboxing mecca of the Netherlands.

While it makes sense the promotion would want to parade its heavyweight champion to fans across the world, it doesn’t make sense for a kickboxing promotion to keep its top star on the sidelines during the prime of his athletic career. These are the years when Verhoeven will be performing at his best, both inside the ring and through the daily rigors of training camp. This is when the promotion should have its fighter compete as often as possible in order to cash in on Verhoeven’s drawing power.

If GLORY can’t find Verhoeven suitable foes, he could look to the realm of MMA. Verhoeven has competed once in MMA and traveled across the United States last year to try to find a perfect gym to hone his MMA skills should he hang up the kickboxing gloves. He would be the perfect addition to any of the major MMA organizations as one of the top young heavyweights in the world. We’ve seen some kickboxing stars move to MMA, such as the aforementioned Saki, Joe Schilling and Tyrone Spong. Mirko “Cro Cop” Filipovic became one of the most celebrated heavyweight fighters after stepping away from the kickboxing world.

A move to MMA seems like a natural fit for Verhoeven, should he continue to dominate the heavyweights in GLORY. His new contract may complicate any MMA career aspirations, but there’s going to come a point when fans become jaded to Verhoeven’s kickboxing dominance.

While GLORY will surely want to keep its star close, the company may be willing to explore leasing out the fighter on a limited basis. It would allow Verhoeven to stay active while promoting the GLORY brand at the same time. We’ve seen GLORY and Bellator come together prior to Bellator starting its own kickboxing organization, so it’s not like it’d be unheard of for GLORY to work with an outside company. As the saying goes, “If it makes dollars, it makes sense.”