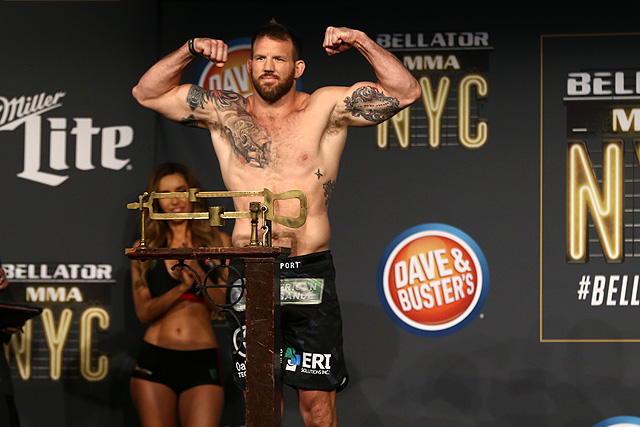 On Friday, Nov. 3, Bellator MMA will host its 186th event from the Bryce Jordan Center in University Park, Penn.

In the night’s main event, newly crowned light heavyweight champion Ryan Bader makes the first defense of his title against England’s Linton Vassell. Bader earned the belt in June following a spilt decision win over fellow UFC veteran Phil Davis at Bellator 180. Vassell came up short in his previous attempt at Bellator gold, but has reeled off three straight fights to earn the shot at Bader.

The co-main event also features gold on the line as the promotion will crown its inaugural women’s flyweight champion. Undefeated Hawaiian Ilima-Lei MacFarlane will rematch Emily Ducote, with the winner leaving the cage with the belt.

The fighters hit the scales at 5 p.m. ET on Thursday. A live video feed (courtesy of Bellator MMA) appears above, while the results appear below.