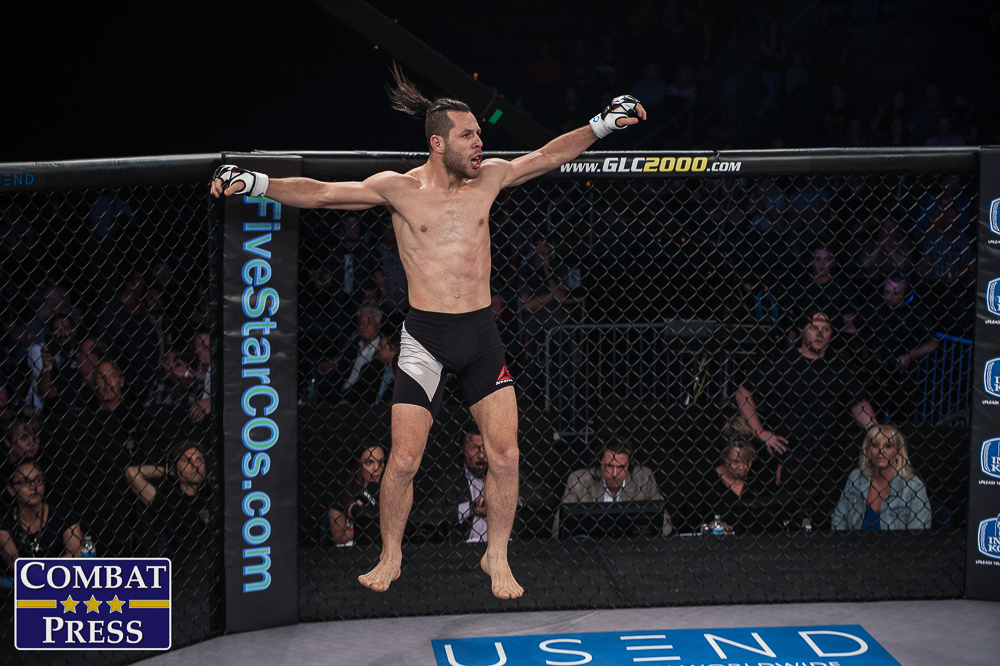 The Weekend in Scraps: UFC 215 Fallout, LFA 22 and Srisaket Over ‘Chocolatito’

The UFC 215 card disappointed in multiple ways. Naturally, the loss of a main event, especially one featuring a pound-for-pound great like Demetrious “Mighty Mouse” Johnson seeking to break the UFC record for most consecutive successful title defenses, is a big blow in itself. However, the replacement headliner between UFC women’s bantamweight champ Amanda Nunes and challenger Valentina Shevchenko hardly made up for it. The duo opted to play it conservative for five rounds en route to a close decision that didn’t get fans out of their seats.

The big winners at UFC 215? How about Rafael dos Anjos, Henry Cejudo, Ilir Latifi and Jeremy Stephens? Dos Anjos exploited Neil Magny’s weaknesses in the ground game to lock up a fight-ending arm-triangle choke, while Cejudo destroyed Wilson Reis with strikes. Meanwhile, Latifi and Stephens both showed excellent all-around skills in locking up dominant decision wins over Tyson Pedro and Gilbert Melendez, respectively. Stephens, in particular, is starting to look like another resurgent veteran in the mold of Matt Brown and Robbie Lawler.

The comeback trail ended in victories for both Sarah Moras and Kajan Johnson. Moras, in particular, looked strong in her first-round submission finish of Ashlee Evans-Smith. Johnson was able to put Adriano Martins away via strikes in the third frame of the evening’s prelim opener.

On Friday, the Legacy Fighting Alliance returned to the Denver area for its 22nd event. In the night’s headliner, Brazilian Markus Perez kept his undefeated record intact by submitting Ian Heinisch with an arm-triangle from the bottom. The win earned Perez the promotion’s vacant title and stunned the hometown crowd, which was supporting Heinisch. It’ll be interesting to see if the UFC comes calling for Perez and his slick ground skills.

Combat Press photographer Phil Lambert got some great shots of the action at LFA 22, including Perez’s fight-ending submission. Make sure to check out the gallery.

While Perez proved to be a legitimate undefeated up-and–comer, Peter Grajcar had far less luck at Fight Night Medicine Hat 4. The formerly undefeated welterweight champ and Tristar product fell on the scorecards and dropped his title to veteran journeyman Chris Curtis. Fight fans might be more familiar with some of the other featured fighters on the card: UFC veteran Johnny Bedford failed in his bid to unseat bantamweight titleholder Jesse Arnett, while Joe Riggs conquered late-replacement opponent and fellow UFC veteran Shonie Carter in a light heavyweight title scrap.

Down in Brazil, Bellator veteran Julio Cesar Neves moved to a head-turning 34-1 when he submitted the formerly undefeated Roger Sampaio in the first round of their Aspera FC 57 bout. What will it take for Neves, who went 2-1 under the Bellator banner, to earn another shot in the big leagues?

In South Africa, American Dave Mazany got back in the win column with a vicious knockout over Themba Gorimbo in the EFC 63 headliner. After a slow, grinding first round, Mazany connected with a short left hand in round two that sent Gorimbo crashing to the mat.

France hosted the Battle of Saint-Raphael 5 on Saturday. Numerous WKN championships were on the line. Jocelin Branchu, Keith Azzopardi, Hakim Ketaieb and Mallaury Kalachnikoff left the event with belts around their respective waists. Also on the card, Amel Dehby inched closer to top-10 pound-for-pound consideration with a victory over Northern Ireland’s Cathy McAleer.

On Friday, K-1 Japan hosted Krush.80. In the evening’s main event, Taito Gunji put on a dominant performance to win the vacant 53-kilogram title against Ryusei. Taito has now won four of his past five fights, with stoppage victories in two of those outings. Elsewhere on the card, former K-1 World GP champion Koya Urabe stopped ISKA champ Yannick Reine’s nine-fight winning streak, and the women’s 45-kilogram tournament kicked off with Emi Matsushita and Comachi moving into the final with victories over Koto Hiraoka and “443 Yoshimi,” respectively.

Also in Japan, but earlier in the week, REBELS hosted its 52nd event. Eisaku Ogasawara defended his ISKA bantamweight title against French kickboxer Frank Gross. Ogasawara earned his fifth win of the year after picking up four victories inside the KNOCK OUT promotion.

The first meeting between Thailand’s Srisaket Sor Rungvisai and Roman “Chocolatito” Gonzalez was filled with controversy, as Srisaket took home a decision victory. The rematch on Saturday night, however, was much more definitive. A wild exchange in the center of the cage ended with Chocolatito down on the canvas. It erases any doubt from the pair’s first meeting. Srisaket is the best super flyweight boxer on the planet.