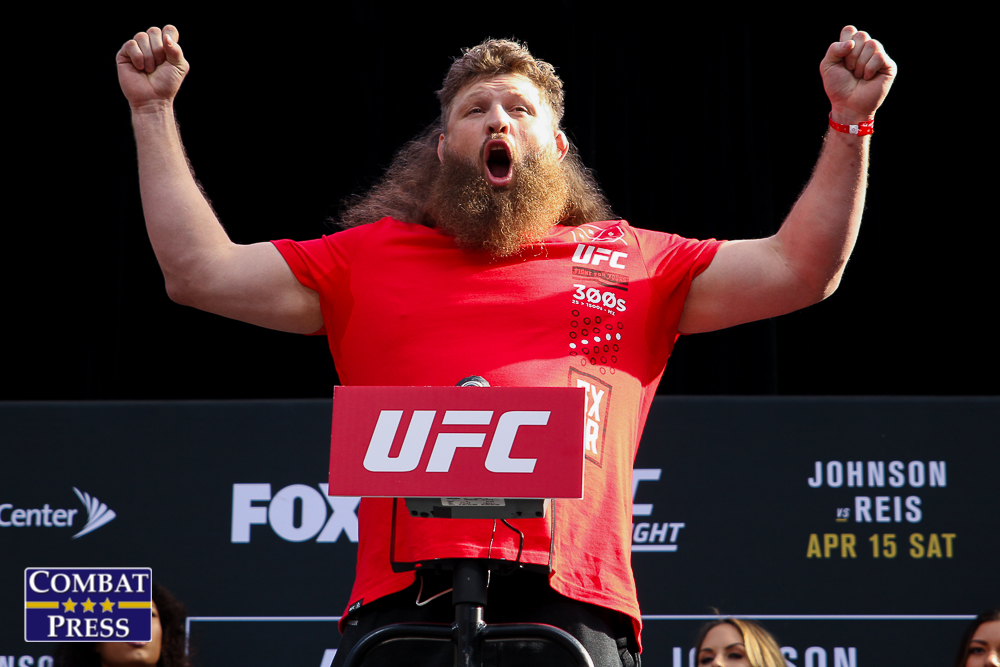 Paradigm Shift: Can Bellator MMA Be No. 1?

Two weekends ago, the world finally got to see the long-awaited debut of Bellator MMA’s high-profile free agent, Rory MacDonald. He did not disappoint. The “Red King” delivered against a dangerous Paul Daley at Bellator 179. That the bout took place in front of 10,000 Londoners made no difference to the former UFC welterweight contender.

When Bellator signed MacDonald in August 2016, many fans were left scratching their heads. Up until then, Bellator had been signing fighters away from the UFC that were on the downside of their careers — guys like Chael Sonnen, Tito Ortiz, Quinton “Rampage” Jackson and Matt Mitrione. These guys had already seen their best days, but they still have some drawing power and fan appeal. MacDonald is different.

Ever since Scott Coker has taken over as CEO for Bellator, it seems he can’t miss, making good move after good move. He has put Bellator in a position to not only be the second biggest MMA promotion in the world, but perhaps displace the UFC as the top promotion in the sport.

When Coker was asked to name some of the more impactful ideas he has implemented for Bellator, he surprisingly responded by pointing to two initiatives that he had no part in. The first was the UFC’s Reebok deal. The second is the USADA.

Many fans and MMA purists were skeptical when the UFC signed the Reebok deal. After all, these athletes are criminally underpaid and sponsorship money is crucial in their compensation. The UFC took a primary source of income away when the organization inked that deal. It also removed a lot of fighter individuality.

All the while, the Viacom-owned Bellator MMA sat back and patiently waited for the right time to strike. And strike they did, signing two of the top five light heavyweights in the world away from the UFC. You can argue that both Phil Davis and Ryan Bader are boring fighters, but you can’t deny that they are top-five talents.

It’s one thing to build a solid and respectable roster of fighters, but can Bellator really be taken seriously as a premier MMA promotion? Perhaps this question will be answered on June 24 when Bellator jumps back into the pay-per-view game with a show featuring Fedor Emelianenko. The company’s first time down this road was, by all accounts, a disaster. However, it’s fair to point out that Coker was not involved in that incarnation of the promotion.

With the most important card in the promotion’s history just around the corner, Bellator MMA is hoping to hit a home run. As the organization continues to build up-and-coming talent, and as more high-profile free agents look to Bellator as their preferred destination to fight, it makes you wonder… Maybe one day soon, Bellator will displace the UFC as the top MMA promotion.