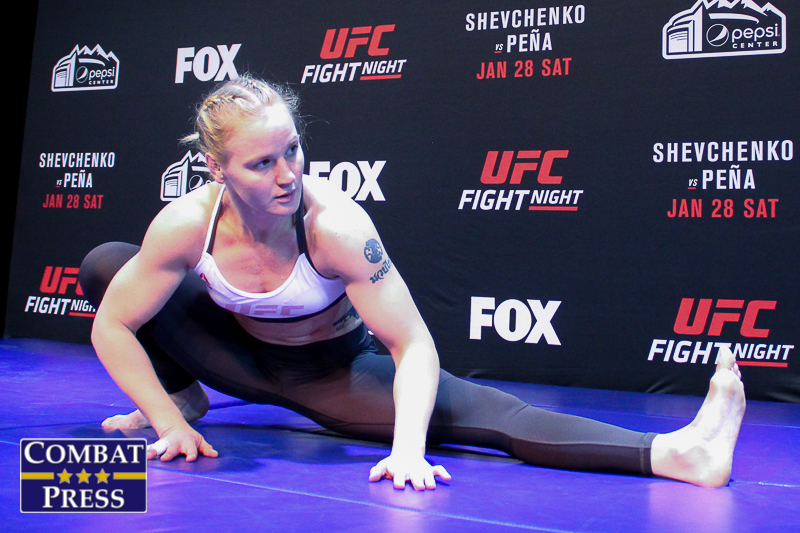 The UFC Can Create Stars This Summer

If you fancy yourself as a cinephile — that’s someone who really enjoys films, you disgusting perverts — then summer must be your favorite time of year. It’s when the big movie studios churn out one blockbuster film after another that appeal to a large crowd, whether you enjoy watching shapeshifting robots blow shit up, costumed superheroes save the world or drivers who operate really nice and really fast cars.

In a way, the UFC is beginning its own blockbuster movie season, and not just because its owners are WME-IMG, which represents a who’s who in Hollywood. Starting with UFC 211 on Saturday, May 13, the next few UFC pay-per-views are stacked with fights and fighters that all mixed martial arts fans should want to tune in and see, which is to say nothing of the other non-pay-per-view fight cards coming up this summer that also feature several big names.

If I may borrow a phrase from the stereotypical movie trailer:

In a world where the UFC is suffering from a dearth of star power, where the UFC is without its biggest star, Conor McGregor, who’s now enjoying fatherhood, there are fighters unhappy about not getting a title shot (Yoel Romero, Luke Rockhold), very unhappy about not getting the big payday (Al Iaquinta) and just generally disgruntled in general (Nate Diaz)…

But instead of business as usual, the UFC should harness the opportunity its next few stacked fight cards present and use the full power of its relationship with WME-IMG to promote a new crop of fighters who can help fill the UFC’s void of bona fide star power. UFC heavyweight champion Stipe Miocic, strawweight titleholder Joanna Jędrzejczyk, featherweight kingpin José Aldo, interim featherweight titleholder Max Holloway, bantamweight champ Amanda Nunes and contender Valentina Shevchenko are just a few of the fighters who can step up and grab the brass ring this summer, with a little push from the UFC.

Miocic and Jędrzejczyk both defend their titles at UFC 211 on May 13, and both have interesting stories to tell. A native of Cleveland, Miocic works as a firefighter in between title defenses, which is a surefire hit movie script if there ever was one. Jędrzejczyk continues to be one of the UFC’s most underutilized personalities, combining a witty and engaging social-media presence with absolute domination and an undefeated record. A montage of Jędrzejczyk rearranging the faces of Jessica Penne, Valérie Létourneau and Karolina Kowalkiewicz would rival any space horror film Ridley Scott can produce.

Aldo is still one of the most dominant fighters in MMA. He has only lost twice in his nearly 13-year career. His reign as featherweight champion in the former WEC and now the UFC from 2009 to 2015 is well documented, and he faces one of his toughest tests to date when he fights Holloway at UFC 212 next month. Holloway came up from poverty in Hawaii to become one of the leaders of the burgeoning Hawaii MMA scene. His streak of 10 straight wins since his last defeat to the aforementioned McGregor and an exciting, swarming style makes his fight with Aldo one you won’t want to miss. Dethroning a fighter the caliber of Aldo — in Brazil, no less — could cement Holloway as someone the UFC needs to build around.

It’s been rumored that the rematch between Nunes and Shevchenko will take place at UFC 213 in July. The two previously fought last year, and Nunes was the winner. Nunes also demolished the UFC’s previous media darling, Ronda Rousey, at UFC 207 last year. It was beyond ridiculous that the UFC failed to promote Nunes prior to her fight with Rousey, instead choosing to cater to Rousey’s whim that she not be required to do any promotion, period.

Nunes’ 48-second beatdown of Rousey was her way of showing the UFC that she deserves a platform. Nunes is 100 percent right. Shevchenko also deserves a platform after defeating two tough competitors in Holly Holm and Julianna Pena to receive a title shot. Plus, doesn’t Shevchenko remind you of someone?

If these aren’t enough reasons to convince the UFC to work with its owners to give the aforementioned fighters the spotlight, it’s also rumored that the long-awaited rematch between light heavyweight champion Daniel Cormier and former champ Jon Jones will take place at UFC 214 in July. Before Rousey and McGregor came along, and before Jones had several well-publicized run-ins with the law, Jones was destined to be the face of the UFC. If Jones is finally serious about cleaning up his act, he has a golden opportunity to be the UFC’s “it” fighter once again.

The first batch of pay-per-views that kicked off 2017 for the UFC were like the remake of The Lone Ranger: a box office bomb. I’m still ashamed that UFC 208 had to be my girlfriend’s introduction to MMA. But if the UFC and WME-IMG both play their cards right and give certain fighters an opportunity over the next few months, it can create its own version of a box-office smash like The Avengers.