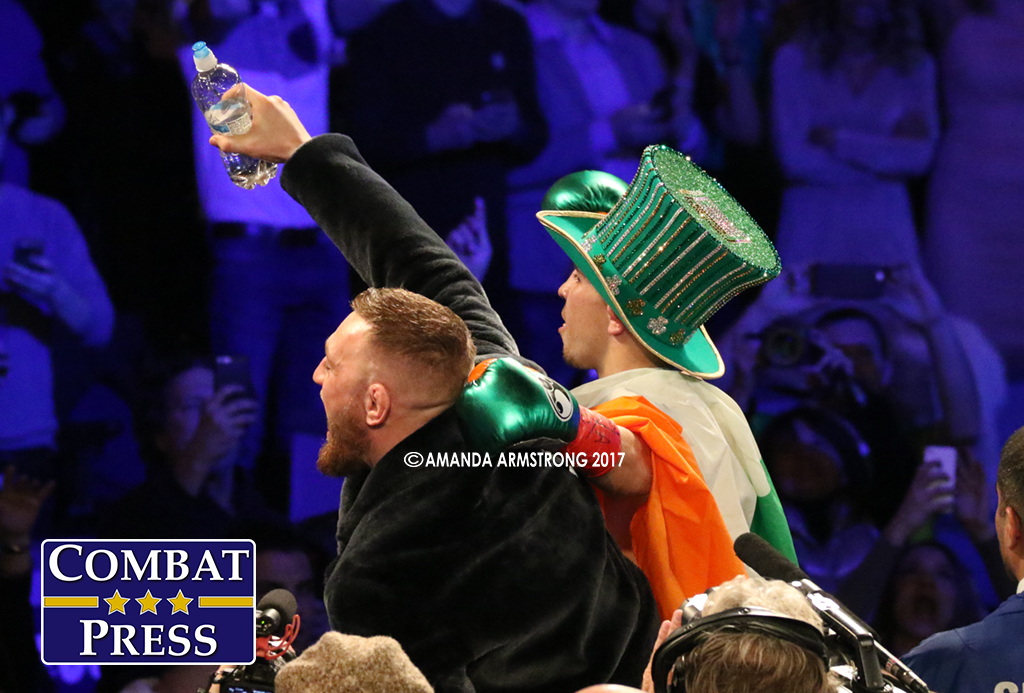 On Friday, March 17, the Theater at Madison Square Garden welcomed a sold out crowd. The largely Irish crowd anxiously anticipated the professional debut of Olympic hero Michael ” The Mick” Conlan of Belfast. Being St. Patrick’s Day and having UFC champion Conor McGregor walking Conlan out to the ring set the stage for an entertaining show.

In the other corner, Denver’s Tim Ibarra walked out with his coaches, including Manny “Manos” Perez, who was instrumental in preparing Ibarra. Ibarra walked into the ring to La Raza and did not find a warm reception.

As for the fight, Conlan made sure his own predictions came true. He earned his first win with a third-round stoppage over Ibarra at the 59-second mark.