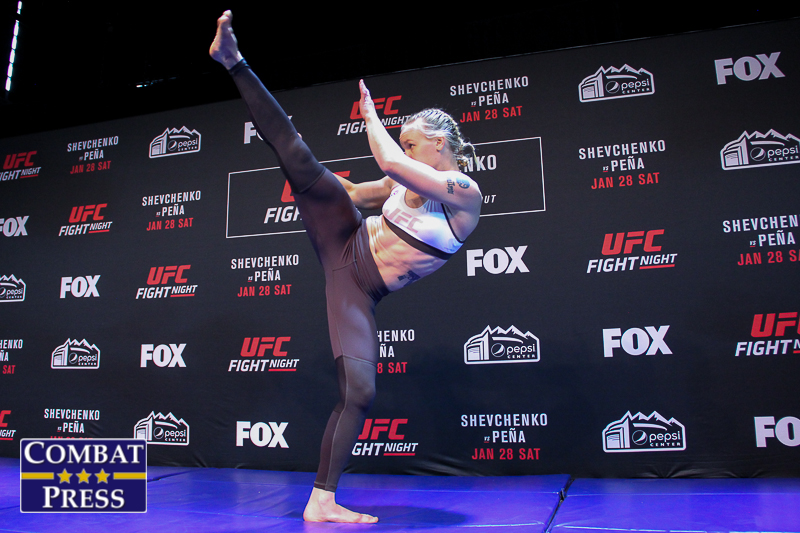 Below are photos of the event’s open workouts shot by Rob Tatum of Combat Press. The workouts featured headliners Valentina Shevchenko and Julianna Pena, Donald Cerrone, Jorge Masvidal, Andrei Arlovski and Francis Ngannou. Click an image below for a larger version.