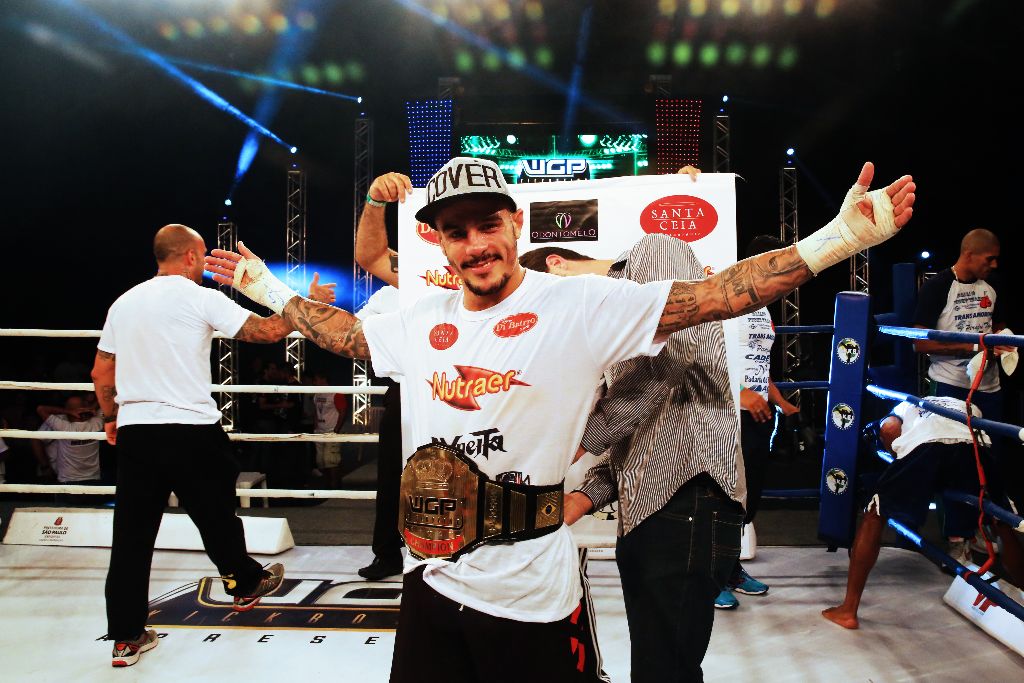 In the evening’s co-main event, the interim super lightweight championship was on the line when Brazil’s Anderson “Buzika” toppled exciting prospect Guilherme “Ceará.” Buzika moved his total record to 22 wins with only one loss. His lone loss came against Bruno Gazani at WGP Kickboxing 17.