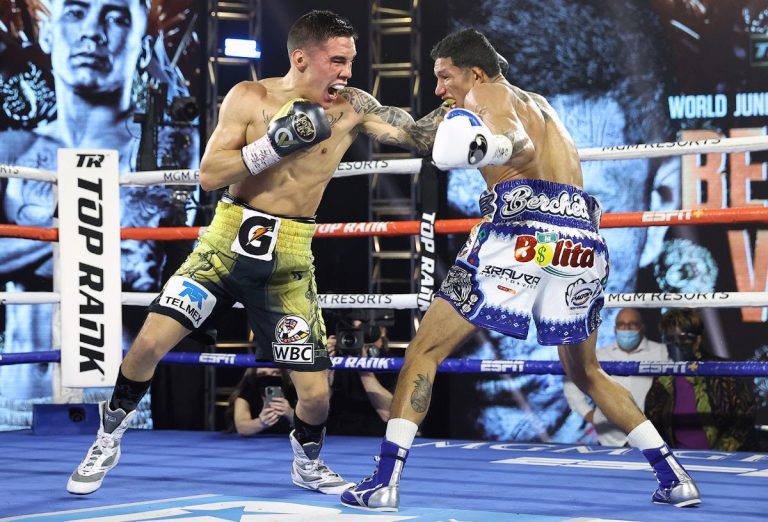 On Saturday, Feb. 20, Top Rank Boxing touched down at the MGM Grand in Las Vegas for Berchelt vs. Valdez.

In the night’s headliner, Miguel Berchelt and Oscar Valdez squared off for the WBC super featherweight title.