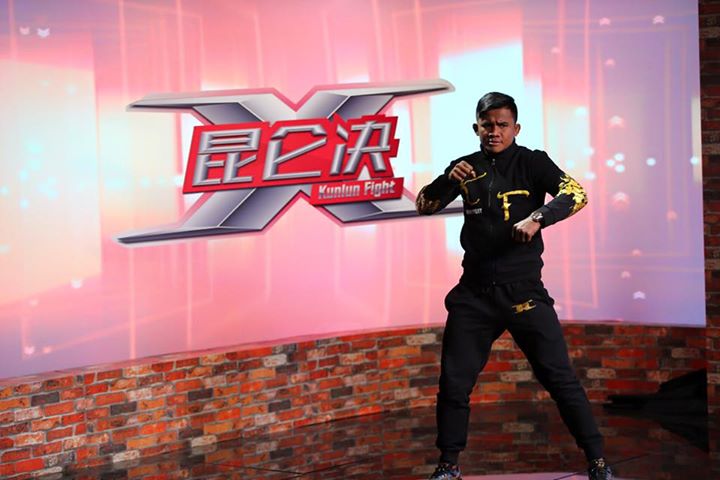 The winner of the 2016 70-kilogram tournament will be crowned when the winners of the tournament semifinals face off in the main event. In the first tournament semifinal, former GLORY world champion Davit Kiria looks to cap off his career comeback against multiple-time Rajadamnern stadium champion Jomthong Chuwattana. In the other semifinal bout, 2015 tournament semifinalist Superbon Banchamek hopes for victory against the fast rising Surinamese-Dutch prospect Cedric Manhoef.

Superbon Banchamek shocked the world’s top pound-for-pound fighter and current GLORY lightweight champion, Sittichai Sitsongpeenong, in their second meeting of 2016 at Kunlun Fight 53. Superbon avenged his earlier loss to Sittichai in the semifinals of the 2015 tournament at Kunlun Fight 37. Superbon’s win over Sittichai in the 2016 tournament quarterfinals eliminated the 2015 champion and opened up the tournament field. Cedric Manhoef rebounded from two losses to begin 2016 with four straight wins on his journey to the tournament semifinals. Manhoef qualified for the field of 16 with victories over Christopher Mena and Clayton Henriques at Kunlun Fight 44. Manhoef topped two Chinese fighters on his path to the final four with wins over Kong Lingfeng and Wu Xuesong in the quarterfinals.

Jomthong earned his place in the semifinals with victories over Warren Stevelmans, Gu Hui, Lee Sung Hyun and Tian Xin. Davit Kiria was eliminated in his initial bid for the tournament when he dropped a decision to Enfusion 72.5-kilogram champion Tayfun Ozcan at Kunlun Fight 41. Kiria entered the tournament after picking up a win over the Netherland’s Robbie Hageman. Kiria pulled out a hard fought victory over 2014 tournament champion Dzianis Zuev in the round of 16. Kiria received a bye into the semifinals when fellow tournament quarterfinalist Mohamed Mezouari fell ill and couldn’t compete in their scheduled match-up.

In the rest of the announced action, one of the world’s most popular Muay Thai fighters, Buakaw Banchamek, returns to Kunlun Fight after picking up a win over Andrei Kulebin at Phoenix Fighting Championships 1 this past December. Buakaw will face another up-and-coming Chinese prospect, 2016 70-kilogram tournament quarterfinalist Tian Xin. Mohamed Mezouari returns in non-tournament action against Belarus’s Dzianis Zuev. Top-10 heavyweight Andrei Gerasimchuk takes on Brazil’s Felipe Stievano. Top Chinese kickboxer and 2016 65-kilogram tournament champion Wei Ninghui looks to enter the top-10 with a victory over South Korea’s Kim Min-Soo.