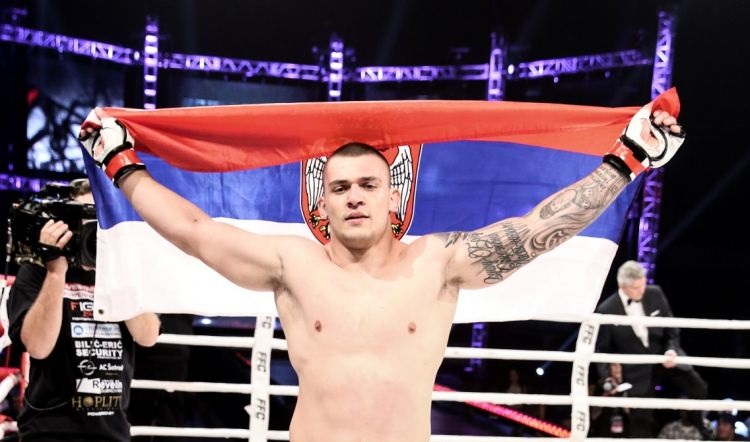 In the main event of the evening, FFC heavyweight champion Dion Staring fought Serbian challenger Darko Stošić for the FFC heavyweight MMA title. Staring previously won the title with a stoppage win over former UFC heavyweight champion Ricco Rodriguez at FFC 17 in 2014. Staring had defended his title just once when he took a decision victory over Cage Warriors veteran Andreas Kraniotakes in 2015. Staring lost in his most recent outing against Gerônimo Dos Santos at Akhmat Fight Show 18. Stošić, 24, has picked up eight wins in his nine career bouts. The Serbian prospect has won four straight fights by finish including a 56-second stoppage against at FFC 25. Stošić’s lone defeat came against RIZIN veteran Jiří Procházka.

The inaugural FFC welterweight kickboxing title was on the line when Swiss-Albanian kickboxer Shkodran “Albanian Warrior” Veseli fought Dutch kickboxer Eyevan Danenberg. The two were previously scheduled to meet at FFC 23 before Veseli was pulled due to injury. Danenberg has won all three of his FFC bouts with two wins coming by way of liver kick knockout. Veseli holds four victories inside the promotion.

Former GLORY lightweight champion Robin van Roosmalen was scheduled to make his second MMA appearance before an injury forced him off of the card.