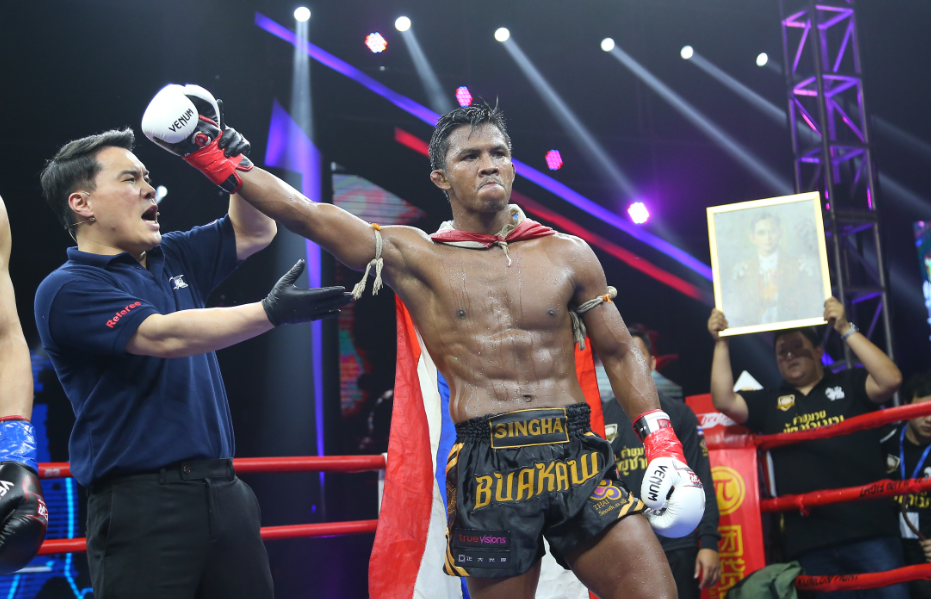 In the evening’s co-main event, Buakaw Banchamek, the most popular Muay Thai fighter in the world, made his return against another Chinese kickboxing prospect, Wang Weihao.