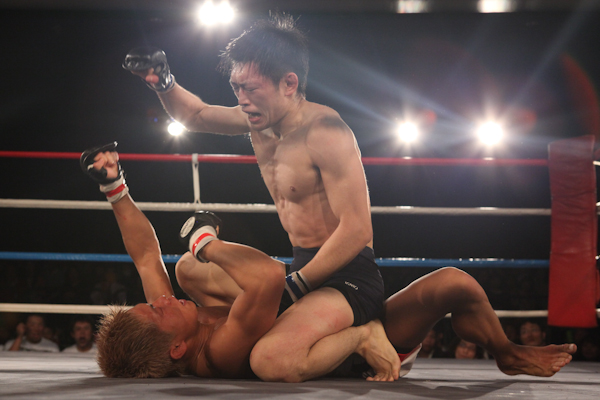 The promotion already had one star from Thailand, and he had an opportunity to prove he is the best strawweight in the world. Dejdamrong Sor Amnuaysirichoke was undefeated since ending his illustrious Muay Thai career in favor of a budding MMA career. The ONE strawweight champion put his title up for grabs against the top-ranked strawweight in the world, Shooto world strawweight champion Yoshitaka “Nobita” Naito. Naito left his Shooto title in Japan when he signed on the dotted line for ONE Championship in April, a move that had many excited about the prospects of these undefeated champions clashing for the No. 1 spot in the division.

ONE featherweight champion Marat Gafurov also put his title on the line at the event. Even with only 13 fights on his resume, Gafurov had already staked his claim as one of the world’s best featherweights outside of the UFC. Kazunori Yokota, the man meeting Gafurov in the center of the cage on Friday, could make that same claim. The two-division Deep champ hadn’t lost a fight since 2010 and had yet to taste defeat at featherweight.