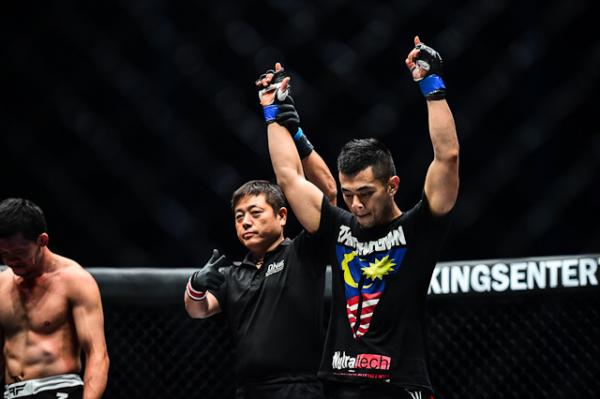 On Friday, Jan. 29, ONE Championship hosted Clash of Heroes from the Stadium Negara in Kuala Lumpur, Malaysia.

In the night’s main event, Malaysia’s Ev Ting clashed with Filipino fighter Eric Kelly. Since joining the ONE banner, Ting had won four of his five outings, including a 56-second guillotine choke finish of former champion Honorio Banario in his most recent appearance. Kelly, meanwhile, had tasted defeat just once in his 13-fight career. That came against the aforementioned Banario due to injury. Since then, he’d reeled off three straight wins.

The event kicked off Friday at 6 a.m. ET and aired live on ONEPPV.com.