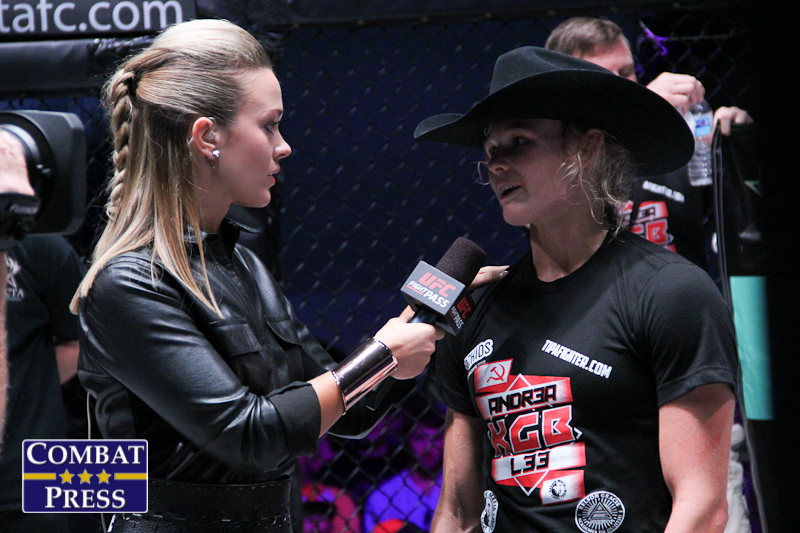 Anyone getting a feeling of déjà vu? We’ve been here before. It was March 2014 at M-1 Challenge 46. Stephan Puetz, a Respect FC champion, was making his M-1 debut as the title challenger against recently crowned light heavyweight champion Viktor Nemkov. Puetz emerged victorious by the slimmest of margins after five rounds of action. The split decision verdict led to the booking of a rematch scheduled for just five months later, but a hand injury forced Nemkov from the bout and Puetz began a string of three successful title defenses while Nemkov won two fights on the Russian regional scene before returning to M-1 and defeating Maro Perak. Now, the two men finally get their long-awaited rematch.

Puetz made his pro debut in 2012 and managed to rack up nine wins by the end of 2013. He suffered his only defeat when he fell on the scorecards to European journeyman Joachim Christensen. He rebounded with the title win over Nemkov and three successful defenses, including a TKO victory over formerly undefeated prospect Marcin Tybura. His three defenses came against opponents who sported a combined 32-1 record when they faced Puetz. The 28-year-old hails from Germany and has a background in judo. The Team MMA Spirit product has won six of his fights via strikes and four by way of submission.

Nemkov has trained with the Red Devil Sport Club, a team made famous by Fedor Emelianenko, and Alexander Nevsky MMA. The 28-year-old made his pro debut in 2008. After a 7-3 start to his pro career, Nemkov has gone 15-2 in his most recent 17 fights. His losses came in M-1 title bouts against Puetz and UFC veteran Vinny Magalhães. Though Magalhaes eventually scored the submission victory with a gogoplata neck crank, Nemkov presented a stiff challenge for the Brazilian. He has also lost via submission to longtime King of the Cage veteran Tony Lopez. Nemkov is a Master of Sport in sambo and judo and won a sambo world championship in 2011. In the realm of MMA, he has 10 submission wins and four victories via strikes.

As the split-decision outcome suggests, the first meeting between these two men was a close one. The first half of the fight highlighted Nemkov’s aggressive grappling attack, but it also was proof of Puetz’s ability to defend against submissions and survive in a tough, five-round affair. As the fight wore on, Nemkov tired and Puetz became the aggressor. The German almost scored a late stoppage, but couldn’t quite get the job done.

Puetz has a knack for outlasting his opponents and swinging the momentum heavily in his favor late in the contest. He did so against Nemkov in their first fight, and he was equally effective as his fight with the aforementioned Tybura wore on before breaking the challenger’s nose. Nemkov failed to finish Puetz the first time around, and a finish is going to be harder to come by in this rematch. The fight will still be a war of attrition, but Puetz will score the late TKO this time.

Fight fans may recognize Andrea Lee from her three appearances under the Invicta FC banner, but “KGB” is fighting for flyweight gold this weekend in the Legacy Fighting Championship cage. Lee will stand opposite Ariel Beck in a showdown for the vacant 125-pound crown on a card that also features prospects Jonathan Martinez, Matt Schnell, Kevin Aguilar and Stephanie Alba as well as a headlining welterweight championship bout between titleholder Derrick Krantz and challenger Alex Morono.

Lee is a highly decorated striker and grappler fighting out of Karate Mafia MMA. She ended a mostly successful amateur MMA career by claiming Legacy’s amateur women’s flyweight title. Lee, who fights out of Louisiana, made her pro debut in 2014 under the Global Fighting Alliance banner. Less than two months later, she was making her Invicta debut against Shannon Sinn, whom Lee defeated by way of a unanimous decision. The 26-year-old took a huge leap up in competition for her next outing when she faced Roxanne Modafferi. The highly ranked veteran handed Lee a split decision loss. “KGB” bounced back in her most recent Invicta appearance to claim a third-round submission victory over Rachael Ostovich.

After mixed results as an amateur, Beck turned pro in 2014 and lost her debut outing via submission to Emily Corso. Beck rebounded with a decision victory over Angela Hayes, a sub-.500 fighter who has gone the distance with reigning UFC champion Holly Holm. She continued her string of success in 2015 with first-round finishes of two debuting pros. The Montana-based fighter has a background in boxing.

Beck is a tough fighter capable of battering opponents with her boxing and ground-and-pound. However, she also has a bad habit of making mistakes and putting herself in bad spots on the mat. It cost her in her debut fight against Corso, and she was fortunate to escape danger on numerous occasions against Hayes and turn the fight into a unanimous verdict in her favor. Furthermore, we’ve only seen Beck against mediocre veterans and debuting pros. Lee, meanwhile, has hung in there for three rounds against Modafferi, who has emerged as one of the world’s top flyweights. Lee has also fought under a national spotlight.

Lee is a proven talent on the fringes of the flyweight top 10. Beck is a fighter still seeking to make a name for herself. On paper, they have the same amount of pro experience, but Lee’s overall resume extends far beyond the confines of the MMA cage.

Lee’s grappling is the biggest difference that sets her apart from Beck in terms of pure skill. If these ladies remain upright, Beck should be able to hang in there and make this a competitive fight. However, if it goes to the mat, Beck is apt to find herself in plenty of bad situations. Lee won’t let these opportunities pass her by. “KGB” should be able to find the submission finish and add another piece of gold to her trophy case.

It’s safe to say that prospect Alberto Uda is already on the UFC’s radar. The Brazilian fighter trains at an elite camp and remains undefeated through eight fights while facing legitimate competition. Now, Uda gets an opportunity to add another UFC fighter to his list of victims when he meets Thiago Perpétuo in a welterweight showdown at XFC International’s 13th event.

Uda trains alongside the likes of José Aldo and Renan Barão at Nova União. He made his pro debut in 2011 and notched three wins before fighting for the Nitrix Champion Fight light heavyweight title. He defeated future UFC fighter Richardson Moreira for the belt and then shifted his focus to the middleweight division. He took his talents to XFC International and entered the promotion’s middleweight tournament. Uda claimed three victories, including a first-round submission finish of Thiago Rela, to take top honors in the tournament. He has four submission wins and three victories via strikes. His last five opponents held a combined 44-14 record when they faced Uda.

Perpétuo, who has a background in Muay Thai, made his pro MMA debut in 2009 and compiled an 8-1-1 record across several promotions, including Jungle Fight. He joined the cast of The Ultimate Fighter: Brazil and advanced to the semifinals of the show’s middleweight bracket before he was eliminated by eventual middleweight winner Cezar “Mutante” Ferreira. “Bodão” made two appearances inside the Octagon as a middleweight and went 1-1. He dropped to welterweight for his most recent UFC outing, but he was submitted quickly in the first round by Kenny Robertson. The UFC showed the 28-year-old the door. Now he’ll be making his XFC International debut against Uda. The Furacão Fight Team product has seven finishes via strikes and one submission victory. He has been stopped in all of his losses.

Perpétuo didn’t leave a great impression during his 1-2 run in the UFC. He scored a TKO finish of a fellow TUF cast member in his official Octagon debut and came out on the losing end of a “Fight of the Night” winner against Omari Akhmedov, but he’s a striker who failed to dominate on the feet.

Uda’s XFC International run has been quite impressive. He went the distance in what was mostly a war in the clinch against Wendres da Silva, but he did enough to earn a unanimous nod. He overwhelmed Christiano Frohlich on the mat with ground-and-pound, submitted the aforementioned Rela off of his back and then, in non-tournament action, he destroyed Boris Miroshnichenko on the ground. He does have a tendency to keep his hands low in the stand-up and can be neutralized to some degree in the clinch, but he makes up for these flaws with a strong chin and the ability to fight his way out of the clinch and create separation.

Uda is a complete terror when he gets on top of opponents. He will set up for armbars, but his primary strategy is to work his way to mount and attack relentlessly with ground-and-pound strikes. This approach finished off Frohlich and led to a one-sided beatdown of Miroshnichenko. Unless Perpétuo starts firing off bombs and dominates in the clinch, he’s going to have a hard time edging Uda. The Nova União fighter has a great opportunity to impress here against a UFC castoff and potentially earn a call from UFC matchmaker Joe Silva once his XFC contract is up. Uda should be able to get Perpétuo to the mat and once again put on a display of his suffocating top control and ground-and-pound en route to the TKO finish.